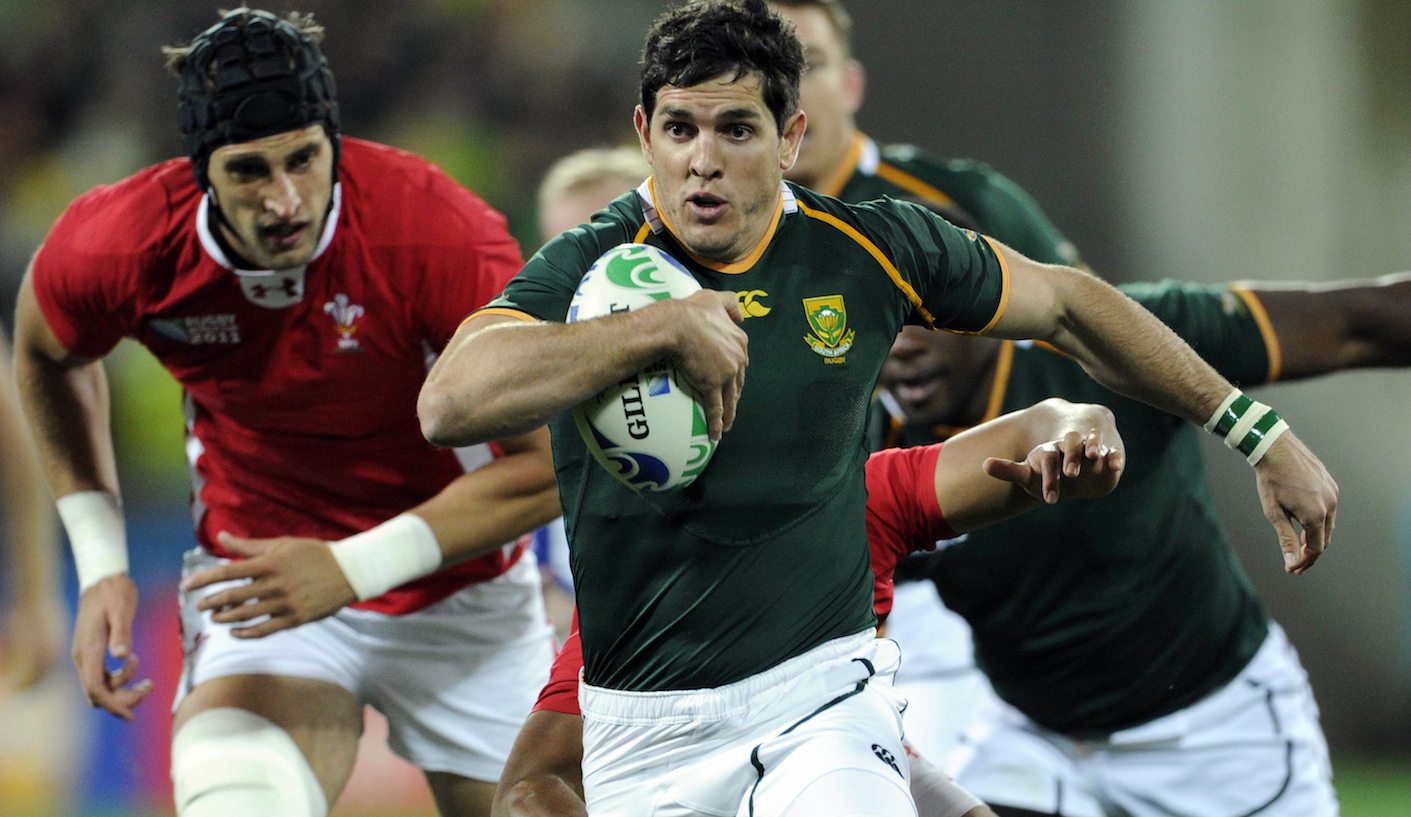 Wales defence guru, Shaun Edwards, hit the nail on the head this week when he described Saturday's Test against South Africa in Cardiff as "not being for the faint-hearted". By KEN BORLAND.

He was speaking in the context of his team needing to “muscle up” against the Springboks, but the warning applies just as much to the visitors as they take on the Six Nations champions in their home conditions with 10 members of the triumphant British and Irish Lions team in their ranks.

And Springbok coach, Heyneke Meyer, is clearly not taking any chances as he has named what he considers to be the best match-day 23 available to him. He has spoken about using this European Tour to “give guys opportunities”, but that won’t be against a Welsh team that is growing as a force in world rugby and is eager to improve their record against South Africa.

The Springboks have beaten Wales in 24 of their 26 meetings, losing 19-29 in Cardiff in 1999 and drawing 6-6 in the same city in 1970. But since 2008, the South Africans have come precariously close to being mugged by the fiery Red Dragons: their last three victories on end-of-year tours have been 20-15, 34-31 and 29-25, while in the last match between the two countries, the Springboks squeaked home 17-16 in their World Cup pool game in Wellington.

So there is no doubt Wales are able to beat the Springboks on Saturday, and there is absolutely no room for aping about as Meyer looks to build on the encouraging form shown in the Rugby Championship.

Edwards thinks the current Springbok team is the best since the 2009 outfit that beat the Lions tourists he was involved with, and believes they are not just about brawn, but that they also have plenty of attacking options and skill out wide.

The backline Meyer has chosen for the weekend is certainly an intriguing one, and features the same personnel that played in the controversial 2011 World Cup quarterfinal defeat to Australia.

The return of Jaque Fourie to outside centre allows him to rekindle the most successful midfield partnership in Springbok history with captain Jean de Villiers, and the attention will be on whether the Japan-based 30-year-old is still up to the pace of top international rugby.

JP Pietersen returns to the Green and Gold from the same country as Fourie, and the former Sharks wing is expected to make a massive difference to the Springboks’ ability in the aerial battle, as well as the attacking spark and defensive steel he brings.

Possibly the most surprising selection, though, is that of Pat Lambie as the starting fullback. After the match-winning hand he played in the Currie Cup final, the Sharks star was always going to come into the mix, but most observers thought he would be challenging Morne Steyn at flyhalf.

But instead Meyer has ditched Zane Kirchner – arch-enemy number one in many supporters’ eyes – and Lambie’s more diagonal attacking runs will hopefully bring greater success than his predecessor’s tendency to run and jiggle straight into tackles.

There’s also an obvious case for using the running skills of Lambie in the flyhalf position when the Springboks are on attack, while the weather conditions will probably dictate a territorial game will be paramount and the big boot of the 23-year-old will supplement that of Steyn very nicely.

The unavailability of the inevitably-injured Jannie du Plessis means the exciting young talents of Western Province’s Frans Malherbe will be on display in the Springbok number three jersey for the first time, while Meyer has resisted the temptation to rush Pieter-Steph du Toit, the other hero of the Currie Cup final, straight into the starting line-up.

The greater experience of Flip van der Merwe has seen him preferred in the number five position, but there will be tremendous excitement when Du Toit canters on to the Test stage for the first time.

Their backline is an entertaining mix of powerful runners like North and Davies, and the flair of Halfpenny, whose dancing feet are inside prolific goal-kicking boots, Phillips and inside centre Scott Williams.

Sam Warburton has returned to action after the hamstring injury that ruled him out of the Lions decider and, even though the Springboks’ breakdown play has improved dramatically, the Wales captain is going to be a key figure on Saturday.

The breakdowns are allowed to be way more of a contest by the northern hemisphere referees – Alain Rolland, who red-carded Warburton for a tip-tackle in the World Cup semi-final humdinger between the Welsh and France, is the man in charge on Saturday – but the Springboks will at least know the score thanks to the presence of Francois Louw, one of the stars of European rugby with Bath, and the specialist coaching of Scotsman Richie Gray.

The challenge is going to be a tough one for the Springboks but Meyer, with an eye on the 2015 World Cup in the same conditions, wouldn’t want it any other way.

“I will be disappointed if the skies are clear. I want to use this tour to test players in the conditions they can expect at the World Cup. I want to see who is mentally tough enough to brave the cold and the rain and who is not. I want to see which players get stuck in when the weather is bad because the rain will certainly strike in most games of the World Cup. So the more rain on this tour, the better.

“I do not regard this as an end-of-year tour, but rather a new start in the quest to see which players are up to playing at the required level in difficult conditions against three very tough teams,” Meyer said.

“I have always said that as a Springbok coach the most important thing is to win every Test match, but at some stage you have to have an eye on the World Cup, which is undoubtedly the highlight of the four-year cycle. You cannot just hope that the team will come together over the four years – at some stage you have to start putting things in place. That time is now.” DM