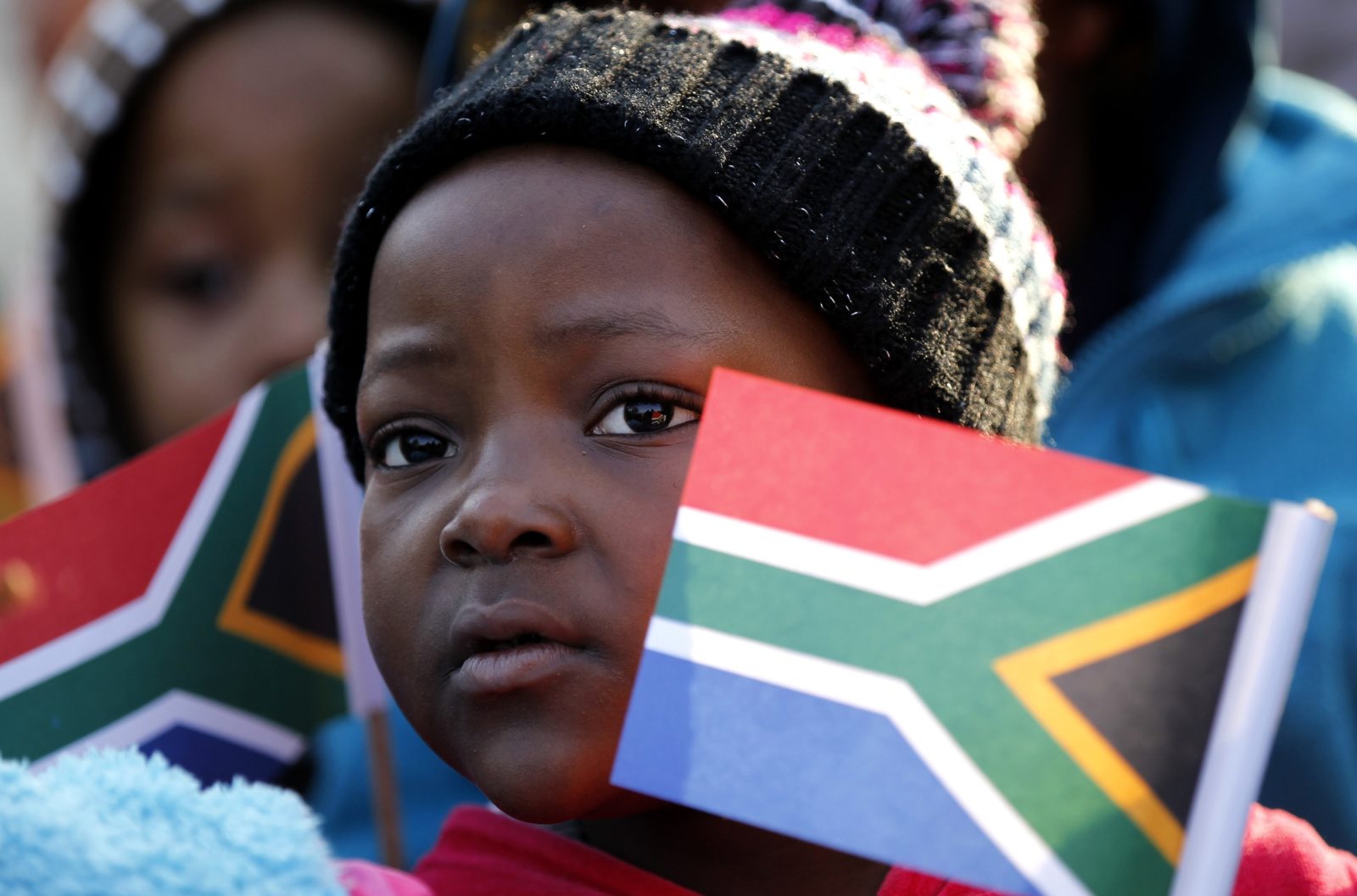 The ANC keeps telling us and now a multinational investment banking firm, Goldman Sachs, has told us: South Africa is much better place than it was 20 years ago. Of course the country has changed dramatically since 1994, with sound democratic institutions maintaining stability and adherence to the rule of law. Yet much of what Goldman Sachs is acclaiming has no real feel on the ground, with Afrobarometer survey, released just this week, giving us a contrasting picture. So we remain a miserable, snarling, whining, striking, looting, crime-weary, scandal-fatigued lot who refuse to drink the Kool-Aid. By RANJENI MUNUSAMY.

The ANC is very happy. Its payoff line for the 20th anniversary of democracy, as well as the 2014 elections, is “Together we have made South Africa a better place”. Now a report released by Goldman Sachs, which describes itself as “a leading global investment banking, securities and investment management firm”, confirms its narrative that South Africa is a much better place than it was before 1994.

It is no wonder then that the ANC fired off a media release welcoming the “incisive assessment” of the Goldman Sachs report and is calling on South Africans “to engage the substantive content of this independent, scientific critique”. “It is on the basis of such balanced and fair assessments that the true success story that is 20 years of democracy in South Africa will be told,” the ANC said.

Yet all these positive statistics seem to collide with a negative news cycle of crime, corruption, scandal and poor performance. But when the same narrative is punted by an international investment giant, it makes big news.

Colin Coleman, head of Goldman Sachs South Africa, says the economy literally had junk status when the ANC took over the country in 1994 with no foreign exchange reserves, double digit lending and inflation rates and a debt to GDP ratio of 50%.

Despite the bad inheritance, the ANC government confounded Apartheid apologists and got a lot right: “Responsible macro-economic stewardship has, generally, been accompanied by adherence to the rule of law, respect for the much admired South African Constitution, media freedom and strong independent institutions such as the Reserve Bank and judiciary”, Coleman said.

The “Two decades of freedom: A 20-year review of South Africa” report aims to present a more “balanced narrative” of South Africa while sketching remaining challenges such as a stagnant unemployment rate, high debt and inequality.

But the report aims to dress South Africa up and have it show a little leg.

It talks about the “striking successes” since 1994 in the creation of a growing and sizable African middle class, increased real wages for the employed, and the extension of social welfare and services to underprivileged communities. “In the decade since 2000, the African middle class more than doubled in size. Real GDP per capita increased by 40% over this period, as 10 million South Africans, one out of five, graduated from lower to the middle and higher income bands,” Coleman said.

But if South Africa is performing so well, why is the level of discontent on the ground so high? And why does it remain one of the most unequal societies in the world, if all its institutions are functioning as they should?

The Afrobarometer survey released this week found that South Africa is one of the countries on the continent where poverty went up in the past decade. And perhaps to get us off our high horse, it is worth noting that Malawi recorded a decrease in poverty rates, as did Zimbabwe.

Richard Calland, political analyst and author of the book The Zuma Years – South Africa’s Changing Face of Power, says while the Goldman Sachs report is a useful overview of positive and negative appraisals of the country, the framework is “highly contradictory”. For example, the report laments the lack of social capital and levels of inequality, while complaining about wage inflation and exaggerated demands of unions, Calland says.

Although South Africa has sturdy institutions and strong adherence to the rule of law, these are not the things people on the ground measure their lives against, Calland says. So while the SA Revenue Service and the Independent Electoral Commission might be working optimally and the courts provide a high quality of justice, communities focus on issues such as delivery of basic services, corruption and access to jobs.

Political analyst Ebrahim Fakir says a lot of the negative sentiment in the country is espoused by the media and a vocal middle class. He says general perceptions about the country at grassroots level are difficult to measure. The rampant occurrence of service delivery protests gives a skewed picture of levels of discontent, Fakir says, as these are transient and based on particular issues which might not be permanent problems.

But the discourse which emanates from reports such as that released by Goldman Sachs is “all wrong”, Fakir says. The measure of success should not be from the zero base of the Apartheid state to where things stand now, but “what it ought to be if we want to live decently”. The discourse from the private sector is also “purely in its own interest”, Fakir says.

This is echoed by Oupa Lehulere, the director of the social justice NGO Khanya College. He says global investors and large corporates in South Africa have enjoyed a heyday in the country with large profitability rates and maximising on the liberalisation of exchange controls and the ability to relocate their primary listings out of the country. They have also used South Africa as a base for expansion into other African markets, Lehulere said.

The world of rising wealth and profitability is far removed from the bulk of the population which is either unemployed or the working poor, where earning levels are so low that they are unable to make ends meet, Lehulere says.

The enrichment of the few is grounded on the impoverishment of the many, and more profits do not mean the benefits come back to the country as they are often used to play in other markets, he said.

So while the round of positive news stories in publications around the world stemming from the Goldman Sachs report might nudge up the country’s international image, South Africans remain a generally crabby and despondent bunch. The ANC wants South Africans to measure its performance on 20 years in government and not the controversy-plagued current term. But it is difficult for people to remember and appreciate the evolving changes over two decades and ignore what is in the news now.

Statistics and glowing reports might look good on paper. But unless the ANC is able to break the economic policy stalemate, reduce poverty levels and make job creation a tangible reality, it will battle to drum up optimism in time for 2014 elections. DM