Sunny side up: Goldman Sachs reckons its not all doom and gloom in SA 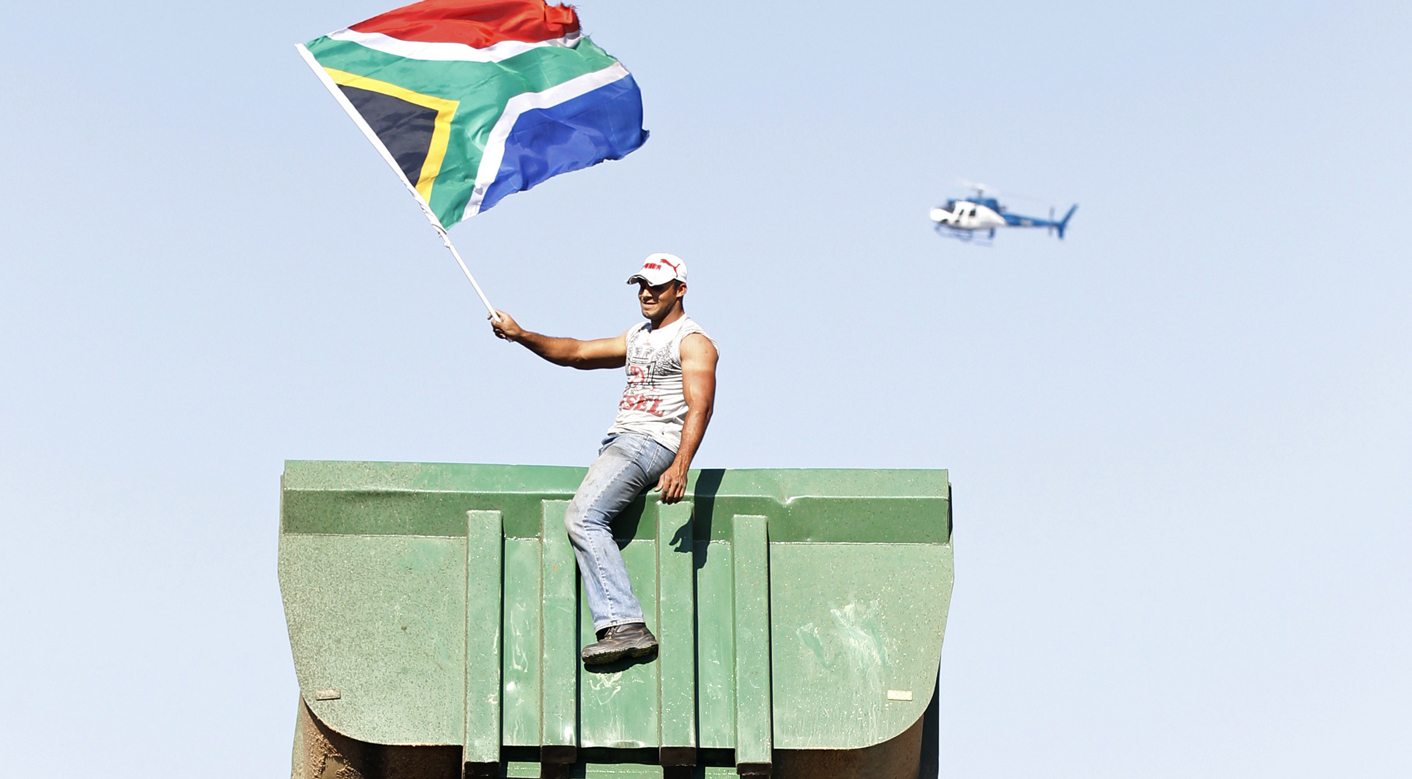 There is currently a television commercial on South African television that seeks to persuade South Africans to pay their taxes; it shows the story of a gogo in a village who’s been able to raise two children thanks to child support grants. Grants that the South African Revenue Services says would not be possible without South Africans filing their taxes. And as South Africa prepares to mark 20 years since the formal end of Apartheid rule next year, it is the social grant system that will be touted as one of government’s greatest achievements. Goldman Sachs agrees. By KHADIJA PATEL.

Colin Coleman, the head of the South African Office for Goldman Sachs International, believes the global narrative of South Africa has “become somewhat hysterical, short-term and often negative” since the Marikana massacre last year. The bank then has produced a report titled Two decades of freedom: What South Africa is doing with it, and what now needs to be done in “the hope of contributing towards a more balanced narrative on South Africa”.

On Monday, President Jacob Zuma responded to a question in Parliament from Cope’s Smuts Ngonyama asking what exactly government was doing to restore the waning investor confidence reflected in that survey.

Zuma insists government has taken the challenges posed by labour unrest in the mining sector seriously.

“The government, under the leadership of the Deputy President of the Republic of South Africa, facilitated a peace accord with the relevant parties in the mining sector,” he said.

It is, however, the way in which labour conflict in South Africa has been perceived that Goldman Sachs seeks to place within the greater context of South Africa emerging from a racially stratified economy just 20 years ago.

The report released on Monday identifies ten areas in which the country has made structural advances since 1994, the ten largest remaining problems, and the ten key issues which had to be addressed in future.

According to the report South Africa has in the last two decades made decisive structural advances in 10 key areas:

Finance Minister Pravin Gordhan said at the launch of the report that there is “too much despair and despondency” in South Africa.

“We need to recognise the good work we’ve done,” Gordhan said. “It’s important that South Africans know we are not a dismal country.”

According to the finance minister South Africa has achieved a lot in a short time despite there still being problems.

The report states ten such problems:

Gordhan says the country has the ability to rise to greater heights, but there needs to be an emphasis on growth. He feels as well that the current generation of South Africans need to realise that change did not come easily.

And when it comes to purveyors of change, the Goldman Sachs report rates social welfare support for SA’s poorest 16 million people as the greatest achievement of the ANC government in its term so far.

“But the (youth) unemployment problem remains [the ANC’s] biggest vulnerability,” the report says. “Threat to sustainability of fiscal expenditures and defence of the rising middle class remain key risks.”

There will be some South Africans who will question why a global banking firm that was fingered by US lawmakers as a central villain of the financial crisis, a crisis that has deeply scarred South Africa’s economy, is leading the charge to correct the narrative of South Africa.

Still, Goldman Sachs has outlined ten key areas that it believes South Africa must address to better enhance growth, attract investors and generally be a better place which include a special focus on unemployed/unemployable youth and a labour pact for sustainable growth and employment, and a “balance wage/productivity growth”, as well as defending the rise of the African middle class, building economic linkages with Africa?and creating visible economic wins from “BRICS”.

“There is hard work to do. There are sacrifices [that need to be made] and innovative things we need to do,” Gordhan said.

Only the next twenty years will tell. DM