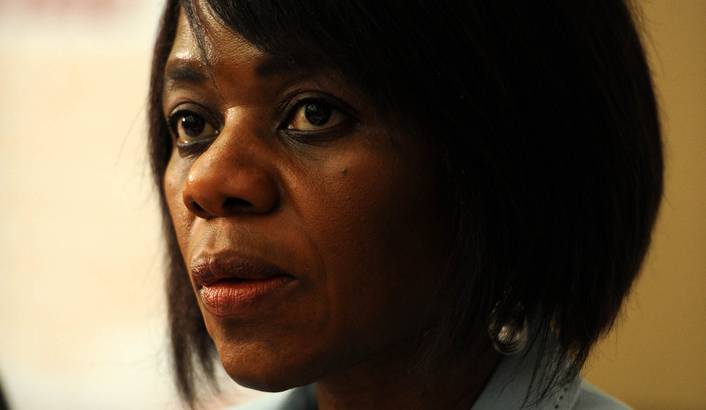 Duduzane Zuma and the Gupta family have left and environmental disaster in the wake of an illegal mining operation in Mpumalanga. President Jacob Zuma’s son and his friends mined without a water licence, destroyed a wetland, released contaminated water and pollutants into a river, mined in a river tributary, and owe millions to contractors, the Sunday Times reported. Idwala Coal has admitted to breaking the law, but has applied for 24G application that would allow the company to continue operations despite breaking rules. Mineral resources minister Susan Shabangu must investigate the colliery without delay, the Democratic Alliance said. The opposition said it was “unclear how such flagrant violations of environmental and mining law could go unnoticed by the Department, without any sanction whatsoever” and that it “reeks of political meddling”.

Dali Mpofu has joined Julius Malema’s Economic Freedom Fighters (EFF), resigning his 33-year membership of the ANC, City Press reports. The advocate fighting for the Marikana miners and their families at the Farlam commission of enquiry said the ANC was paralysed internally and that it was a “question of time before it renders itself irrelevant to the broader revolution”. Mpofu said radical policies were needed to help the poor and said South Africa had to accept that “addressing the needs of those people has to be done at the expense of those who have, so that we can have the hope of achieving stability”.

NKANDLA: ‘THINGS AREN’T REALLY AS BAD AS THEY SEEM’

The Public Protector says South Africans who want President Jacob Zuma to be guilty of the Nkandla scandal might be disappointed at her report. The Sunday Independent reported that Thuli Madonsela told sister paper, the Sunday Tribune, that while she couldn’t comment on the report’s contents, “there’s a real chance that we may come out and say things aren’t really as bad as they seem”. Madonsela was investigating the spending of R206 million on the president’s private home. She has handed the provisional report to ministers in the security cluster, but said the final report would be made public.

Police have turned the tables on Khuli Chana, who accused them of shooting him in case of mistaken identity, by opening a case of attempted murder against the rap star. Police said CCTV footage and witness statements corroborated claims by the officers that the “driver of the BMW tried to run over the uniform police officers who flagged him down to stop”, Sapa reported. In a statement, Chana’s management said he was “bemused” by the charges. His lawyer, Cliff Alexander, said, “Whether or not Khuli was or wasn’t flagged down by unknown people still does not justify the SAPS having fired shots at him. They have certainly exceeded the bounds as contained in section 49 of the Criminal Procedure Act”.

Police from the Gauteng Family Violence, Child Protection and Sexual Offences Unit have arrested a top kwaito star for rape. City Press reported the musician, who can’t be named for legal reasons, was arrested in the CBD and spent the weekend detained in the holding cells at the Honeydew Police Station. A police officer told the newspaper the star pretended to be a witness and is alleged to have phoned Honeydew police captain immediately after the case was opened to find the contact information of the investigating officer. He is alleged to have pleaded for the charges to be dropped.

The National Prosecuting Authority is investigating the financial relationship between prosecutor Glynnis Breytenbach and Nathan ‘Natie’ Kirsch, the Swazi-born South African businessman who now lives in the UK. The Sunday Independent reported that Breytenbach’s legal bills in her ongoing battle against her employer are being footed by Kirsch via donations to the FW De Klerk Foundation. Executive director of the Foundation, Dave Steward, said Kirsch was a “major donor” to the Foundation and its litigation fund, which paid Breytenbach’s fees. Kirsch said he admired her ability to “stand up against political pressure, which is trying to undermine the independence of the NPA”.

DECISION BY SABC ON STBs TAKEN WITHOUT CABINET APPROVAL

The Democratic Alliance wants communications minister Yunus Carrim to explain how controversial acting COO of the SABC, Hlaudi Motsoeneng, gave the go-ahead to abandon an access control system on set top boxes before Cabinet had decided whether to do so. “It is unacceptable that a public servant can unilaterally decide on government policy – and expose the SABC to potentially damaging legal challenges – before Cabinet has decided on the matter,” said DA communications spokeswoman, Marian Shinn. Carrim is still to present his recommendations on digital migration, including the issue of access control on STBs. “We need to know whether Mr Motsoeneng runs the Cabinet as well as the SABC, and whether Cabinet is contemplating any action against him,” Shinn said.

NORTHAM MINE STRIKE TO GO AHEAD

A strike, called by members of the National Union of Mineworkers (NUM), at Limpopo’s Zondereinde Platinum mine in Northam is going ahead, the union’s chief negotiator Ecliff Tantsi told Sapa. Nearly 7,000 workers were expected to down tools on Sunday night following a breakdown in wage negotiations. Workers also want changes to their conditions of employment. The NUM wants a monthly increase of R2,100 for core workers and R2,000 for non-core workers. Branch chairperson Joseph Moloko told SABC Northam was offering 6.5%, which represented R500 for non-core employees and R600 for core personnel. DM