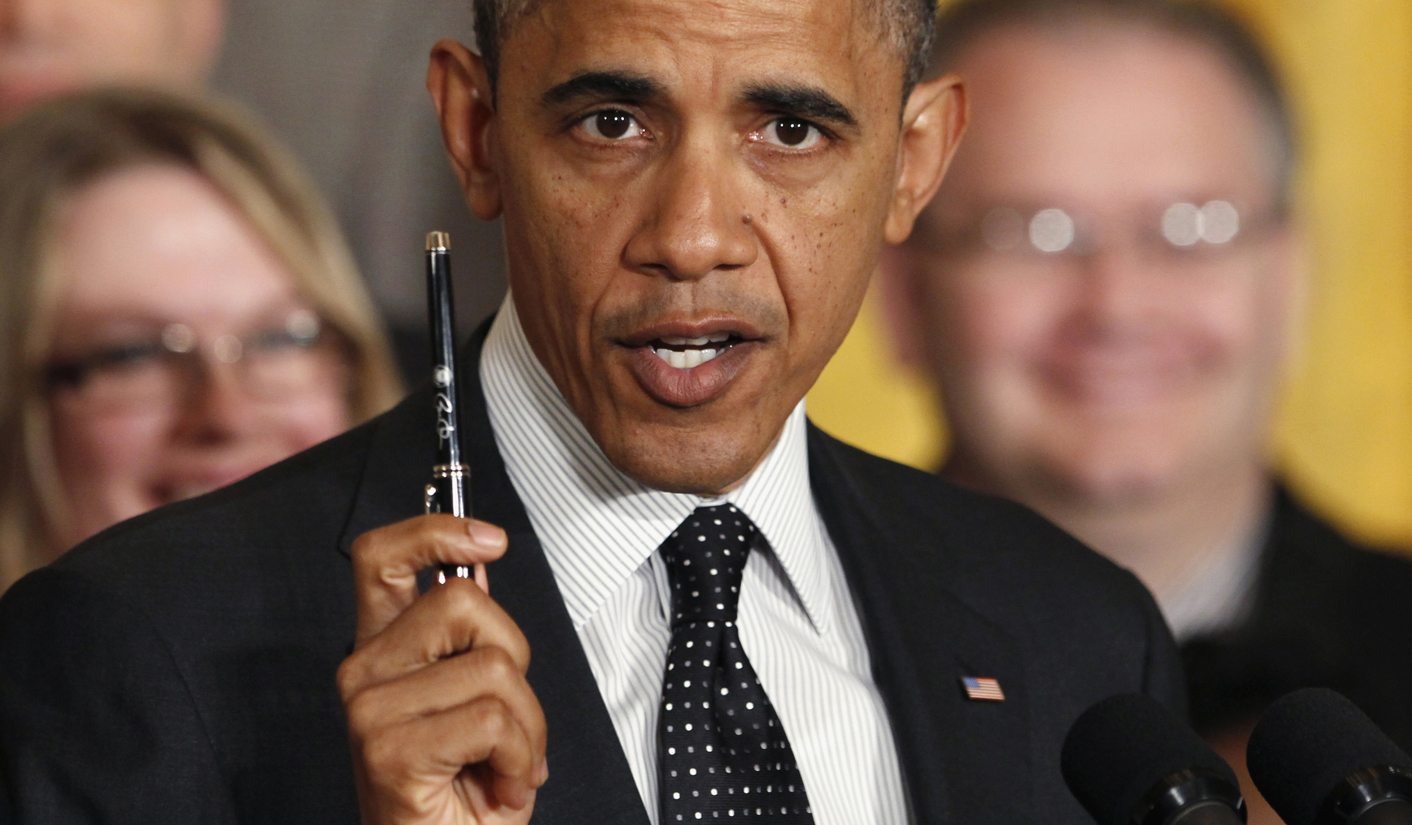 The Obama administration said it has brought in experts from top technology companies including Google Inc and Oracle Corp to fix the HealthCare.gov website, as Republicans press for details about the botched Oct. 1 launch that prevented millions of Americans from signing up for new insurance plans. By Susan Cornwell and David Morgan.

The U.S. Department of Health and Human Services said it had added dozens of technology experts and engineers to its round-the-clock effort to fix the technical glitches on the site that is key to the implementation of President Barack Obama’s healthcare restructuring law.

Giving some of the first details of who might be leading the tech fix, HHS officials identified two experts by name: Michael Dickerson, a website reliability engineer on leave from Google, and Greg Gershman, a Baltimore-based innovation director with the firm Mobomo and who previously worked for the White House and the General Services Administration.

“We are doing everything we can to assist those contractors to make HealthCare.gov a highly performant, highly reliable, highly secure system.” Oracle CEO Larry Ellison told shareholders at the company’s annual meeting on Thursday in Redwood City, California.

The administration says it is confident it will have the website running smoothly by Nov. 30, giving people enough time to enroll in health plans to receive coverage beginning on Jan. 1. Failure to do so would jeopardize its goal of signing up enough consumers, particularly young and healthy ones, to the new online insurance exchanges, and would provide new ammunition to Republican efforts to delay or kill the 2010 law.

Representative Darrell Issa, Republican chairman of the House of Representatives Oversight and Government Reform Committee, said on Thursday he had subpoenaed HHS Secretary Kathleen Sebelius for information on the website’s technical problems. An earlier request for the documents was made on Oct. 10.

The details sought include how HealthCare.gov was tested and the number of people who have enrolled in insurance plans, as well as the number who have attempted to enroll. The subpoena requires the documents to be produced by Nov. 13.

“The evidence is mounting that the website did not go through proper testing, including critical security testing, and that the administration ignored repeated warnings from contractors about ongoing problems,” Issa said in a statement.

Another House panel, the Energy and Commerce Committee, also sent letters to Sebelius as well as four contractors involved on the website, requesting documents about security testing, a committee statement said.

BRINGING IN THE EXPERTS

HealthCare.gov is intended to serve Americans in 36 states, helping them determine eligibility for tax credits to buy private health insurance and sign up for coverage. The remaining 14 states have set up their own online exchanges, many of which have operated relatively smoothly since the rollout.

The administration has launched what it calls a “tech surge” to fix the website’s problems, largely centered on two existing contractors who were paid to build its underlying technology – CGI Federal and Quality Software Services Inc, a unit of UnitedHealth Group.

The contractors already were using technology from Oracle in building the site. Experts from Red Hat Inc are also among the repair effort, a U.S. official said on Thursday.

Individuals from Oracle and Red Hat have expertise in site reliability, stability and scalability, according to a blog post by Julie Bataille, spokeswoman for the U.S. Centers for Medicare and Medicaid, which is overseeing the effort.

But some observers are skeptical. Howard Anderson, a lecturer at MIT’s Sloan School of Management, said that he does not believe that bringing in a large number of experts will necessarily solve the problem.

“They have made some interesting promises about how this thing is going to get fixed, but they actually really don’t know,” he said.

In an embarrassment to Sebelius, HealthCare.gov was not fully functional for much of Wednesday as she testified before a House oversight committee about its problems. On Thursday, HHS said the website was back up. DM