Iran & SA: Nuclear talks – that’s what friends are for 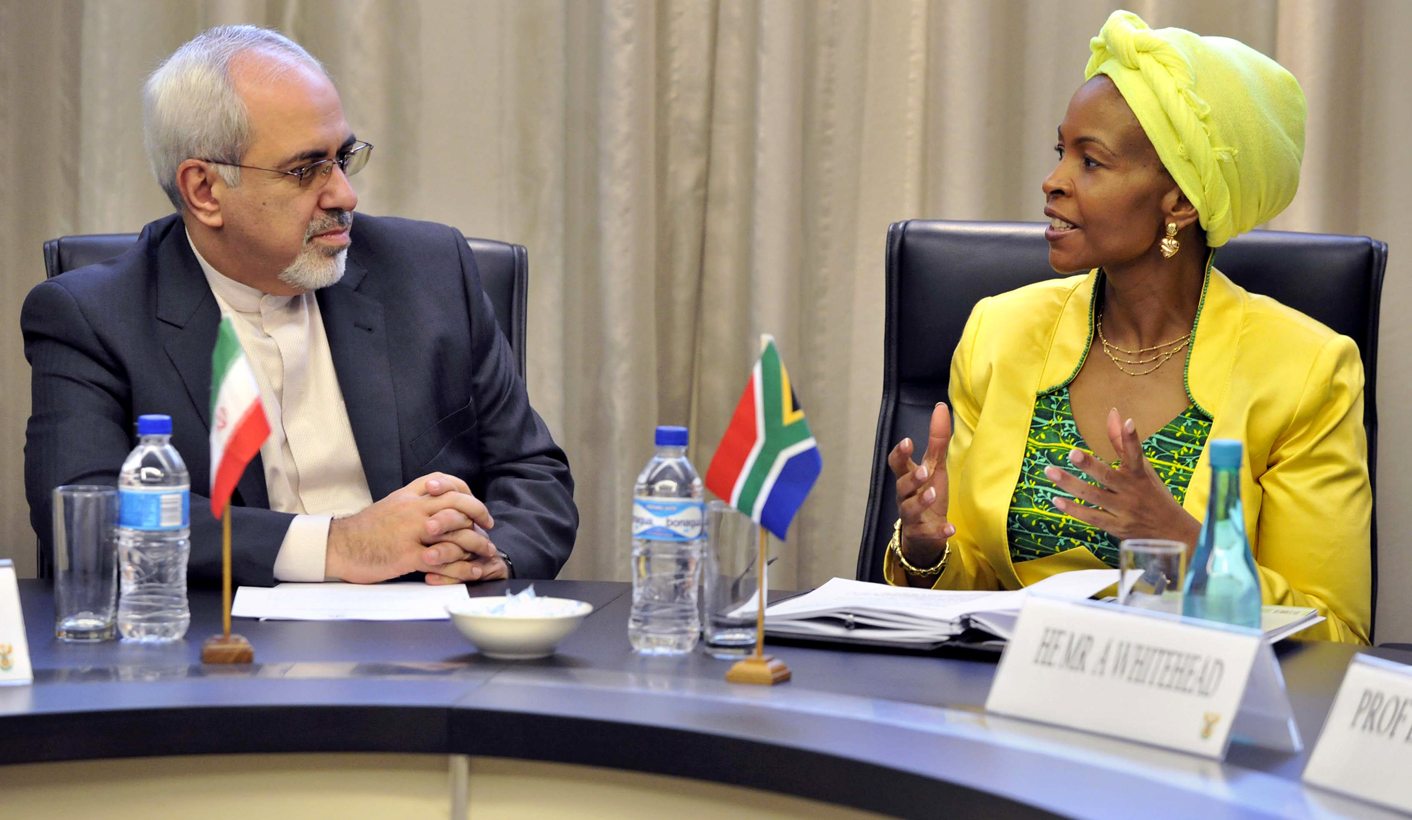 The new Iranian Foreign Minister visited his South African counterpart on Thursday, reiterating Iran’s commitment to peace in the Middle East - and a nuclear-weapon free world. By KHADIJA PATEL.

“Nuclear weapons do not have a place in our security and nor should they be in anybody’s security,” Iranian Foreign Minister, Mohammad Javad Zarif said in Pretoria on Thursday. Zarif, on his first official visit to Africa said nuclear weaponry did not feature in Iran’s security precautions: “Security through mutually assured destruction is no security.”

Zarif, who was in Pretoria as part of South Africa’s 11th joint commission with the Islamic Republic of Iran, said South Africa has played in the global nuclear disarmament movement, a role that he said, should inspire a world free from all weapons of mass destruction and nuclear weapons.

“I believe South Africa itself presents a great model for the rest of humanity to follow,” he said, invoking South Africa’s status as the only country in the world to have voluntarily surrendered its nuclear weapons.

While Iran’s nuclear programme has come under intense suspicion in recent years, South Africa has expressed its support as long as Iran can restore international confidence in the peaceful motives of the programme. South Africa feels that Iran’s right to peaceful use of nuclear energy, consistent with the Nuclear Non-Proliferation Treaty, must be respected.

Last year, South Africa extended an invitation to Iran for assistance should Tehran decide to follow the South African lead and give up nuclear weapons. South Africa however has steered away from the anti-Iran bandwagon because it believes the IAEA reports do not provide sufficient proof to accuse Iran of nuclear wrongdoing.

Zairf said Iran would be entering the talks in “good faith”.

“We are hopeful of positive outcomes of these talks, since it will open avenues for the people of Iran to exercise their political, economic and social ingenuity, thus making the world more peaceful and prosperous,” Nkoana-Mashabane said.

And while Zarif certainly appears to seek understanding of Iran’s nuclear ambitions, he said Iran was still enriching uranium to a level of 20%.

“Iran continues to enrich at the level of both 3.5% and at 20%,” Zarif said. “This is under International Atomic Energy Agency monitoring.”

The US and its allies however want Iran to stop enriching uranium to the 20% level – uranium which, if it is further purified to 90%, can be used to build nuclear weapons.

Zarif however claims Iran has no such ambitions.

“In our view, development, use and stockpiling of all weapons of mass destruction constitutes a crime that should not be allowed to continue, and certainly Iran for its part will do its best to contribute to the global disarmament effort,” the Iranian foreign minister said.

“Unfortunately, those who are raising allegations against Iran have a very dubious track record,” he said.

“Their violations of the rights of the Palestinian people is a very clear example of what [former U.S.] President Carter called apartheid. So it is important for all of us to call a spade and to move forward, removing all of these misunderstandings, stopping fear-mongering and hopefully bringing about a greater understanding and tranquillity to this important issue at the international level.”

Still, suspicion of Iran’s nuclear programme has impacted South Africa as well. The international sanctions imposed against Iran have made trading with Iran increasingly difficult, forcing South Africa to cancel its oil imports from Iran in June 2012.

The Joint Commission on Thursday sought to allow the two governments an opportunity to take stock of their relations and consider how best to strengthen relations.

“I believe this is a beginning for rejuvenated relationship between Iran and South Africa in [a] multitude of areas, including social, cultural and trade activities, as well as co-operation in science and technology,” Zarif said.

“It is important to join together in order to increase our complementarity and in order to take advantage of the possibilities, provide to one another for the promotion of the welfare of our two people to work together as two leading non-aligned members in order to move forward an agenda of peace, understanding and security to greater security in our regions.”

He thanked the South African government for its maintenance of its bilateral relations with Iran in the face of fierce international pressure for South Africa to break ranks with Iran.

“We share common views and common interests in our regions, interests which are founded in peaceful relations,” Zarif said.