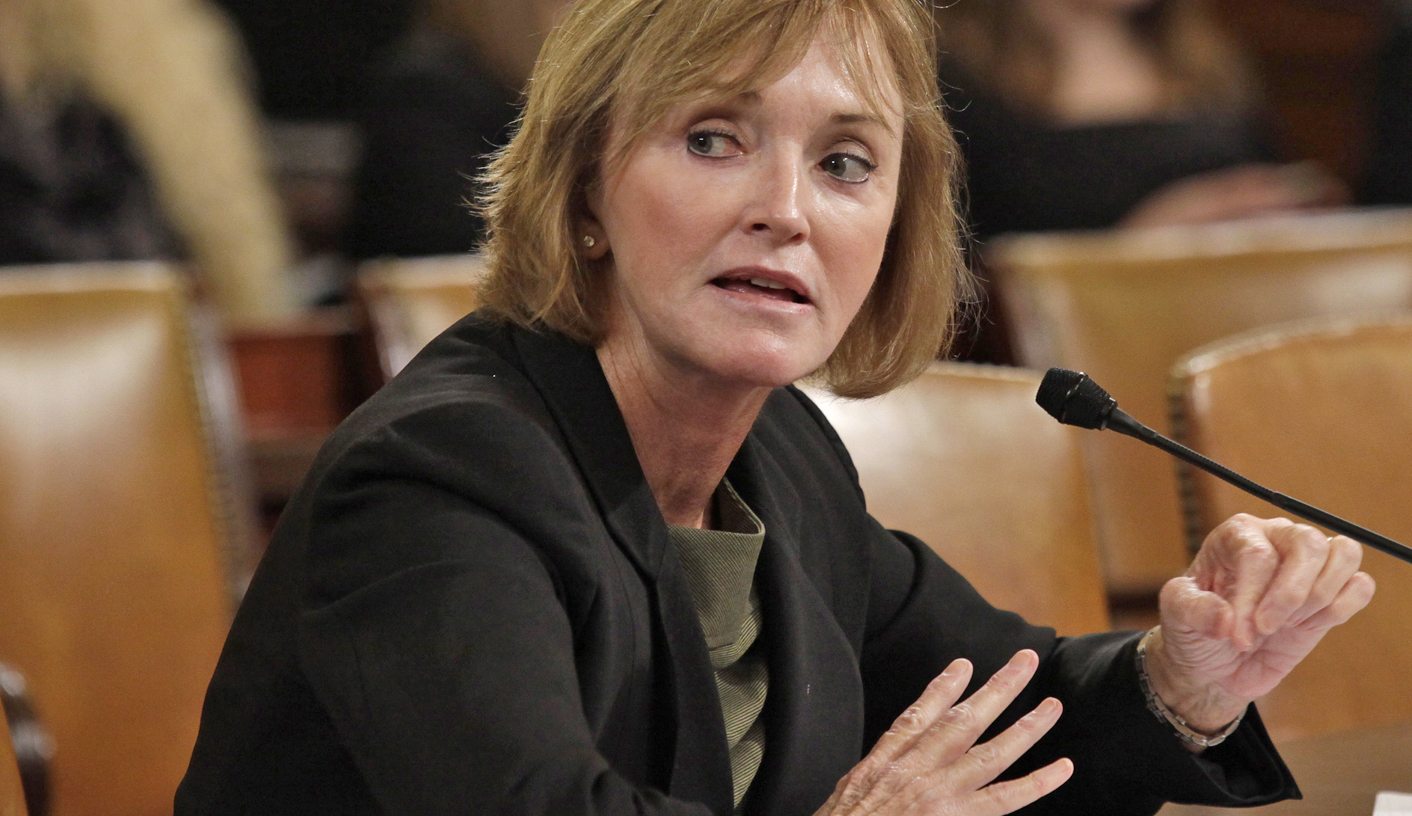 The head of the US agency responsible for the new government-run healthcare website apologized on Tuesday for problems people have had obtaining insurance, but quickly came under fire about reports that thousands are losing their current coverage plans. By David Morgan and Susan Heavey.

Marilyn Tavenner, administrator of the U.S. Centers for Medicare and Medicaid Services (CMS), told a congressional hearing that the website faces “complex technical issues” four weeks after it opened and pointed a finger at contractors and traffic of 20 million unique visitors as culprits.

“We know that consumers are eager to purchase this coverage. And to the millions of Americans who have attempted to use Healthcare.gov to shop and enroll in healthcare coverage, I want to apologize to you that the website has not worked as well as it should,” Tavenner said.

But the apology did little to protect Tavenner against criticism from Republicans and Democrats.

“The fact is that the administration really failed these Americans,” said Representative Allyson Schwartz, a Pennsylvania Democrat.

“The administration has failed to properly test the website … failed to take action to recognize and fix these problems long the way,” Schwartz said. “That initial experience has really done some damage to Americans’ confidence in this website, in the marketplace and even potentially in the options that they would have available to get health coverage.”

Republicans, who saw Tavenner’s appearance as a new opportunity to discredit President Barack Obama’s signature domestic policy, took her to task over reports that hundreds of thousands who now have health insurance could see their current policies end and their costs rise dramatically.

Private insurers have informed policy holders in the individual and small group markets that their plans will end this year due to Obamacare, which requires plans to meet higher benefit standards. Anecdotal evidence shows that some consumers are being asked to pay much higher premiums.

Republicans seized on the issue as evidence that belies Obama’s longstanding promise that people with insurance would not be forced out of their policies as a result of the 2010 Affordable Care Act.

“Can you understand the level of frustration and concern about what many Americans perceive to be a false claim from the administration?” Illinois Republican Peter Roskam asked at Tuesday’s hearing.

Tavenner said the president’s statement was true, because the healthcare reform law allowed plans to be “grandfathered” against reforms requiring new plans to carry broader benefits and relinquish discriminatory practices against people with pre-existing conditions. She said the changes also do not affect most people with private insurance, who have coverage through their employers or through Medicare.

Under questioning from Republican Representative Tim Griffin of Arkansas, Tavenner blamed health insurers for policy cancellations: “Issuers have always had the ability to stop offering a policy. Those issuers were grandfathered in, in 2010, and they’re choosing to make a different decision now.”

Tavenner’s testimony to the House Ways & Means Committee was the Obama administration’s first formal statement to Congress about the website’s challenges. Tavenner’s boss, Health and Human Services Secretary Kathleen Sebelius, is scheduled to testify before another House oversight panel on Wednesday.

The website is a lynchpin of President Barack Obama’s program, commonly called Obamacare, to provide healthcare coverage to millions of uninsured Americans.

Republicans seized on the website’s troubles as evidence of broader problems with the law and renewed their call for a delay in the federal mandate that most Americans obtain insurance for 2014 or pay a penalty.

Republicans hoped to show that the White House pressured CMS to go ahead with the launch despite concerns about glitches.

Tavenner told lawmakers that pre-launch testing showed no sign of the huge problems that were to come. She said she never argued for delaying Healthcare.gov but decided to delay less essential elements including a Spanish language service now expected to be deployed next month. Tavenner said she then informed Sebelius and White House staff of her decision.

“I’m in charge of the program,” she said.

Representatives from Obama’s Democratic Party said Republicans were determined to kill the law rather than finding solutions that would enable millions of uninsured Americans in 36 states to sign up for subsidized health coverage. Online marketplaces built by 14 states and the District of Columbia have performed more smoothly.

In written testimony for the hearing, Tavenner, a nurse and former hospital company executive, was at odds with sworn testimony from two contractors who told the House Energy and Commerce Committee last week that CMS bears ultimate responsibility for the website’s performance.

“CMS has a track record of successfully overseeing the many contractors our programs depend on to function. Unfortunately, a subset of those contracts for Healthcare.gov have not met expectations,” Tavenner told the Ways and Means Committee, one of at least three Republican-controlled House panels investigating the problem-plagued debut of Obamacare.

She said specifically that CMS has had “some issues with timing of delivery” involving lead Obamacare contractor CGI Federal, a unit of Canada’s CGI Group Inc. “But we’re working with them,” she said.

Executives from CGI and Quality Software Services Inc (QSSI), a unit of health insurer UnitedHealth Group, blamed CMS for a lack of system testing and a decision to prevent online visitors from shopping for insurance without first creating an account on the site. The last-minute change may have contributed to huge bottlenecks as millions of visitors swamped the site.

Tavenner said in her written testimony that “the initial wave of interest stressed the account service, resulting in many consumers experiencing difficulty signing up, while those who were able to sign up sometimes had problems.”

QSSI also said it had concerns about performance risks related to the lack of testing and kept the agency informed throughout the project.

“Frankly, three years should have been enough. And had the administration provided more forthcoming answers and shared, in a transparent manner, the reality of the challenges it was encountering in the implementation process, I suspect many of these glitches could have been avoided,” Camp said. DM

Photo: Marilyn Tavenner, administrator of the Centers for Medicare & Medicaid Services, testifies before a House Ways and Means Committee hearing on “Affordable Care Act Implementation on Capitol Hill in Washington, October 29, 2013. Tavenner apologized to the public on Tuesday for problems that have made it difficult for people to enroll online for subsidized health insurance. REUTERS/Yuri Gripas