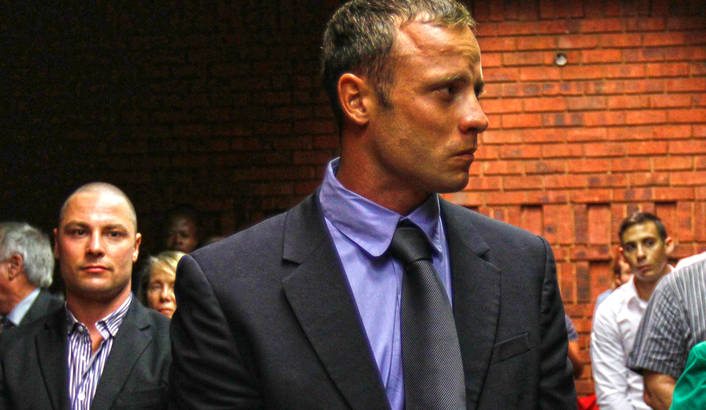 National police commissioner Riah Phiyega is under investigation for defeating the ends of justice. Phiyega is accused of tipping off Western Cape police commissioner, Arno Lamoer, that the crime intelligence unit was investigating him. The Independent Police Investigative Directorate (Ipid) has confirmed an investigator has been appointed after a docket of defeating the ends of justice was referred to the Directorate’s Western Cape provincial office. The docket was registered at the Bishop Lavis police station. Phiyega has consistently denied wrongdoing. “You can try as much as you like, but you will not succeed. No mud thrown at me will stick,” she said in an earlier statement.

Charges against the four South African National Defence Force (SANDF) officials implicated in the Guptagate scandal have been “substantially watered down”, according to advocate and head of the South African National Defence Union (Sandu), Pikkie Greeff. This means it is unlikely President Jacob Zuma would be called to give evidence, Sapa reported. “It seems to me that this matter has become somewhat of a political hot potato to the government. One can only speculate as to whether that is the reason for the watering down of the charges,” said Greeff. The soldiers now face one main charge of contravening an air force instruction that a private aircraft may only land at a base with the prior approval of the chief of the air force.

Oscar Pistorius will face another two charges when he goes on trial early next year. The national director of public prosecutions has give prosecutors permission to add two firearm charges to the indictment. Pistorius is accused of murdering his girlfriend Reeva Steenkamp and of illegal possession of ammunition. Spokesman Nathi Ncube told AP the NDPP had agreed to centralise all charges against Pistorius. Previously, the additional charges were raised against the Paralympian but because the offences took place in a different jurisdiction from the murder had not been covered in the indictment.

M23: IF ZUMA WANTS PEACE, HE MUST PULL SA TROOPS FROM DRC

DRC rebels M23 have pleaded with President Jacob Zuma to pull South African troops from the Democratic Republic of Congo if he wants peace in the region. Speaking to the Mail&Guardian, M23 spokesperson Lawrence Kingston asked Zuma to speak to Kabila to stop the fatalities. Zuma is in the DRC for talks with President Joseph Kabila. Peace talks between government and M23 collapsed recently. Kingston said South Africa should “stop sending military to Congo. He’s got to help the Congolese people live side by side in peace instead of helping Kabila kill them”. M23 said it would retaliate, as they were “not going to let ourselves be killed again”.

SUNDAY TIMES, ZAPIRO WILL NOT APOLOGISE FOR CARTOON

The Sunday Times and cartoonist Zapiro will not apologise to Hindus over the use of the elephant deity, Lord Ganesha, in a cartoon. Editor Phylicia Oppelt said in a statement the cartoon made no comment on Hinduism or Lord Ganesha. “It did comment, and robustly so, on Cricket South Africa’s decision to sacrifice chief executive Haroon Lorgat in order to secure a lucrative Indian tour to South Africa later this year,” Oppelt said in a statement. She said it was unfortunate the cartoon had been interpreted as an attack on the Hindu deity but that the Sunday Times and Zapiro did not believe the use of Hindu iconography amounts to disrespect.

Five leaders of a white supremacist plot in South Africa to assassinate Nelson Mandela and drive blacks out of the country were sentenced to 35 years in prison on after a trial lasting more than 10 years. A Pretoria High Court handed down sentences ranging from 20 to five years to others of the 21 defendants of the ‘Boeremag’, a rag-tag militia of apartheid loyalists accused of a botched 2002 coup attempt. Some of the sentences were suspended. Nine of the accused walked free after being held for 11 years behind bars during the trial, National Prosecuting Authority spokesman Medupi Simasiku told Reuters.

Platinum miner Lonmin mine has donated 50 hectares of land to the department of human settlements and the local municipality in Rustenburg. The land, comprising serviced stands, is to be used for housing in the greater Marikana area. “We believe that this is an important step in the journey of contributing to the well-being of our communities and Lonmin’s employees in particular,” said chief executive Ben Magara. Lonmin will also contribute at least R500 million over the next five years towards employee accommodation and community bulk services. Development will start in June 2014.

Johannes Kana, the man accused of raping and murdering Bredasdorp teenager Anene Booysen, has been found guilty.  Judge Patricia Goliath found that a strong case was presented by the State against Kana, Sapa reported. Kana was the only person accused of raping and murdering Booysen who claimed moments before her death that five or six people were responsible for attacking her. Sentencing will take place today. DM