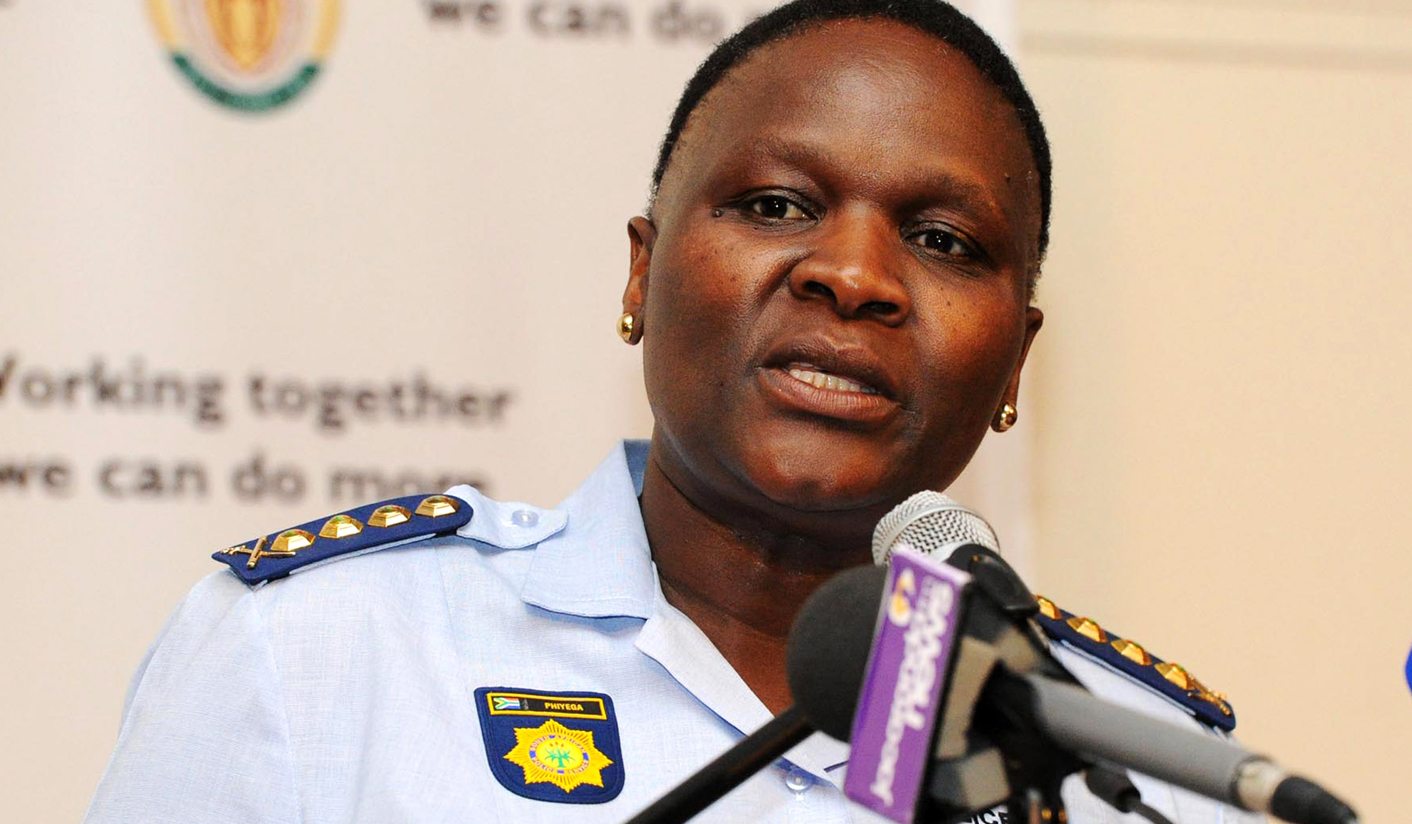 Another regular day in South Africa: A Joburg highway grinds to a halt as bullets fly between cops and robbers; President Zuma insults our entire continent with his “don’t think like an African” gaffe; there’s a sexy cricket scandal on the go; and the country’s Crime Intelligence boss Chris Ngcobo gets suspended for a “discrepancy” with his academic qualifications… after twenty odd years in the police. By ALEX ELISEEV.

Bongiwe Zulu has a doctorate in education and has spent the past eleven years working quietly in the police service. But the biggest lesson of her life began this week, when she was called up to take over as acting divisional commissioner of Crime Intelligence.

In fact, she’s probably an “acting acting” divisional commissioner since the man whose job she takes over, Chris Ngcobo, was also an acting boss, filling in for the most controversial policeman of them all, Richard Mdluli. Maybe Zulu is a “double acting divisional commissioner”? “Acting commissioner to the power of two”? Who knows. The point is that she has just been flung into quite possibly the most murky lake there is and she will either drown or attempt to clean it up, one bucket of sludge at a time.

Ngcobo – who spent much of his career working in the police’s protection services unit – was suspended on Monday, with immediate effect. An internal investigation into his qualifications is now underway, along with a criminal probe. If the allegations against him are true, he could find himself facing a fraud charge. Serious stuff for the man leading the nation’s Crime Intelligence unit.

Police aren’t saying what this “discrepancy” is, but it’s believed (and this hasn’t been officially confirmed) it relates to his matric certificate. As in he either doesn’t have one, or altered his real one, or something equally as embarrassing and mind-boggling.

The discrepancy was apparently discovered while his security clearance was being renewed, which is done every five years. How it was not picked up the past four or five times remains a mystery and is now at the heart of the investigations.

Police chief Riah Phiyega says the suspension shows her commitment to integrity within the service.

“I have on several occasions, together with the leadership team, committed the SAPS towards a new journey,” she said in her statement. “Embedded in this new journey is a commitment to integrity. Whilst every police officer is expected to be a person of integrity, I expect a lot more from those who lead this organisation with me.”

Phiyega said Ngcobo has failed to explain himself and his security clearance was therefore denied.

“As such, I placed him on special leave yesterday (Monday) and instructed that criminal investigations and disciplinary action against him be initiated. I want to ensure that this matter is dealt with swiftly.”

But everyone knows that this kind of mess is seldom dealt with swiftly. The fight over Mdluli’s job continues to this day. A high court has ruled that he must be criminally charged (allegations of fraud and corruption) and face an internal disciplinary process. The police and the National Prosecuting Authority are appealing this, saying the public has no business meddling in operational affairs of the police. While those wheels turn, Mdluli remains suspended and the unit he led (and hopes to lead again) continues to suffer.

Just days ago, the brazen murder of respected forensic investigator Lawrence Moepi illustrated – all too clearly – what happens when criminals don’t fear the police and when organised crime is allowed to fester.

Now more than ever, an effective Crime Intelligence unit is required. Not one in paralysis and at war with other units. Zulu indeed has a mammoth task ahead of her.

The CV provided shows that she goes in with some obvious advantages: she has police experience (three years working in Crime Intelligence), she’s highly educated and has management skills. Plus, and this can’t be said for the last Gauteng provincial commissioner who was briefly appointed, she has a clean Google search history.

But Crime Intelligence is a very different part of the forest to Human Resources Development, where she was based until now. Strange creatures lurk behind the trees and it’s easy to get lost. Let’s hope she can come in and do some cleaning up, even in an acting role.

The Democratic Alliance was quick to attack Phiyega over the Ngcobo controversy. The party called it another bungled appointment and has promised to investigate through Parliamentary processes.

“The question arises, is Phiyega gearing up for Mdluli’s comeback? Or is this merely another sterling example of her failure to adequately manage the SAPS?” the DA’s Dianne Kohler Barnard asked.

But this scandal doesn’t quite have the same flavour as that of the already mentioned Bethuel Zuma, who spent eight hours as Gauteng’s top cop before it emerged he was facing a slew of criminal charges relating to drunk driving.

The fact that Ngcobo is now facing the possibility of a fraud charge suggests there was some kind of effort to hide the truth. So the fact that it’s come out and is now being investigated is – despite everything – a positive development.

What’s difficult to believe is how this “discrepancy” remained under the radar for so long and how the man carrying it climbed to the heights he did, in such a crucial division. How many more officers are hiding similar secrets (remember the 1,500 or so with criminal records)? How many more scandals lie ahead?

The most important question is: can the Crime Intelligence unit be stabilised and healed, making it possible for it to earn the trust of the public and allowing it to get back to work? Can the oil be scrubbed off the feathers? And is Zulu up to the task? It won’t take long to find out. DM