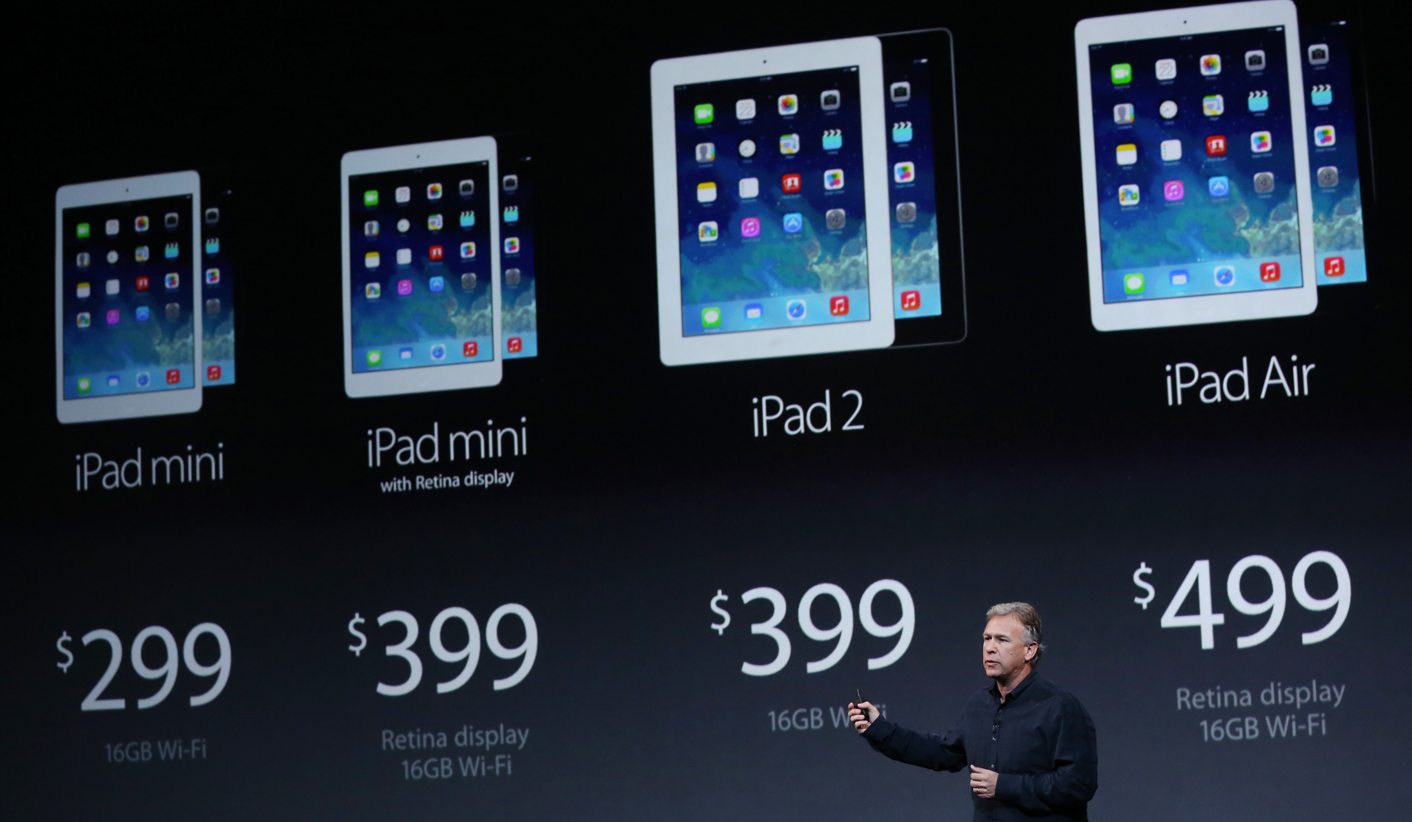 Apple Inc will give away operating and work software free to Mac computer users, challenging Microsoft Corp's near-stranglehold on personal computing as the latter starts to make inroads into the mobile market. By Poornima Gupta and Edwin Chan.

Apple revealed the surprise offer, available to all users of MacBooks and Mac computers, on Tuesday at the same time as it unveiled a slimmer, faster iPad Air and a new line-up of Macs in time for the holidays.

Its Mac operating system and iWork software suite, which compete with Microsoft’s Excel, Word and other applications, will now be offered free to all users.

By giving away its Mac operating system Apple is taking on Microsoft’s predominant Windows platform, installed on an estimated eight to nine out of 10 of the world’s computers and one of its most profitable cash cows.

“We are turning the industry on its ear, but this is not why we’re doing it,” Apple Chief Executive Tim Cook told media and technology executives at San Francisco’s Yerba Buena Center.

“We want our customers to have our latest software.”

Apple may be trying to safeguard its grip on mobile software as Microsoft begins to make inroads into tablet computing with its Windows-powered Surface Pro. The advantage of those devices, especially to enterprise customers, is their ability to run Microsoft applications, such as Word or Excel.

Apple is going after the entire tablet computing market, trying to appeal to both consumer and enterprises, and is likely wary of Microsoft making a play for the high-end of that market with its Surface Pro than cheaper devices that run on Google Inc’s Android software.

“In the tablet PC market, they do think Microsoft is a bigger threat than Android,” said Gartner analyst Carolina Milanesi. “The iPad Air will compete with Surface Pro, not some rinky-dink Android tablet.”

Apple’s new iPad Air – its full-size tablet – is about 20 percent thinner than the previous generation of tablets, weighs one pound and starts at $499. But the new tablets would face stiff competition, with Microsoft, Nokia and Amazon.com Inc all plugging rival devices in coming months.

Apple, which jumpstarted the tablet computing market in 2010 with the first iPad, has already come under increasing pressure from cheaper devices ranging from Amazon’s Kindle Fire to Samsung Electronics Co Ltd’s Note.

But while Apple is ceding market share to rivals, its superior library of apps and content should safeguard its lead for years to come, analysts say.

Longer term however, investors hope to see real device innovation from a company that has not unveiled a new breakthrough product in years.

Cook on Tuesday dismissed the competition as directionless.

“Our competition is different: they’re confused,” he said. “Now they’re trying to make PCs into tablets and tablets into PCs. Who knows what they’ll do next?”

“We have a very clear direction and a very ambitious goal. We still believe deeply in this category and we’re not slowing down on our innovation.” DM