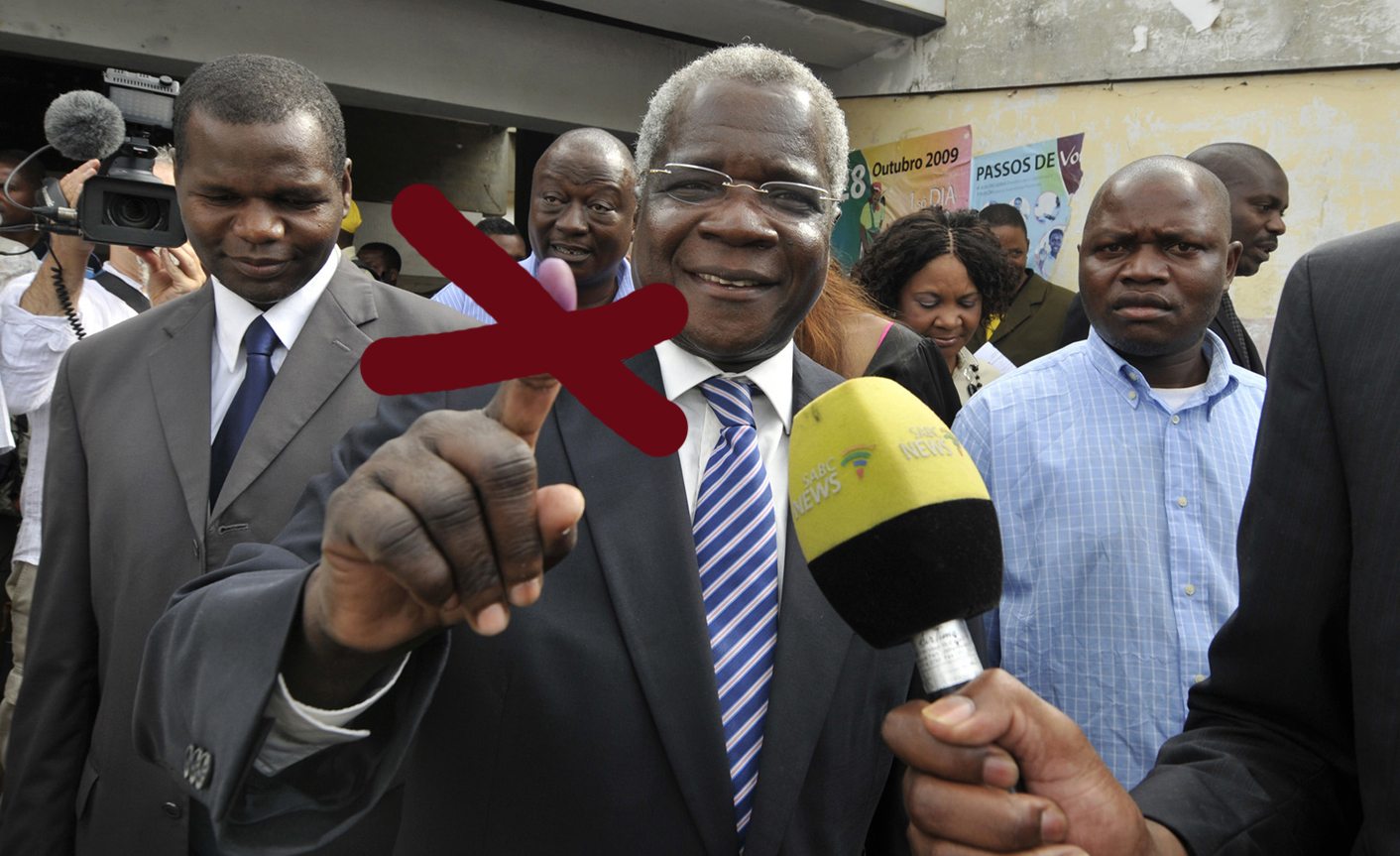 Mozambique's Renamo opposition movement said on Monday it was abandoning its 1992 peace accord with the ruling Frelimo party that ended the country's civil war, raising fears of a renewal of conflict in the budding African energy producer. By Manuel Mucari.

Renamo, which entered representative politics through the peace pact that terminated the brutal 1975-1992 war, said it took the decision because of the capture on Monday by government forces of a jungle base where its leader Afonso Dhlakama was staying. Dhlakama escaped into the surrounding mountains.

“Peace is over in the country … The responsibility lies with the Frelimo government because they didn’t want to listen to Renamo’s grievances,” Renamo spokesman Fernando Mazanga told Reuters.

Mazanga said the Renamo party, which has 51 parliamentarians in the current Frelimo-dominated national assembly, would be meeting to decide its strategy. He did not immediately spell out whether the opposition movement would be taking up arms again on a national level.

There was no immediate reaction from the government of President Armando Guebuza.

It earlier confirmed that government troops had taken over the Renamo base in the Gorongosa region of Sofala province, some 600 km (375 miles) north of the capital Maputo. This followed clashes in the area between the army and Renamo.

Renamo’s unilateral annulment of the peace accord was certain to alarm foreign donor governments and investors, who have been backing economic development in one of Africa’s fastest-growing economies. Big coal and offshore gas discoveries have drawn multi-billion dollar investments to Mozambique.

The fighting in the thickly forested Gorongosa region between the old civil war foes occurred just a month before municipal elections that Renamo had promised to boycott and disrupt because it accuses the ruling Frelimo party of monopolising political power.

Guebuza’s government in turn accuses Renamo of trying to destabilise Mozambique and drag it back to war. It has sent extra troops into Sofala to protect rail and road traffic against ambushes.

Renamo raids in April and June in Sofala had already raised fears for stability in Mozambique. They killed at least 11 soldiers and police and six civilians and forced a temporary suspension of coal exports sent by rail to the coast. Road traffic and the tourist trade were also affected.

He said Dhlakama, who had returned to the former Renamo civil war stronghold a year ago with a force of armed bodyguards because he feared for his safety, managed to escape to an undisclosed location in the surrounding Gorongosa mountains.

“He’s called me and says that he’s in good health,” he said.

Renamo was formed as an anti-communist rebel group in the 1970s by the secret service of a then white-ruled neighbour, Rhodesia, now called Zimbabwe, and has been the main opposition to Frelimo, a former Marxist movement, since the end of the war.

Renamo was later adopted by the apartheid-era South African military but abandoned the war in the 1992 pact to become the leading opposition party in Mozambique, which gained independence from Portugal in 1975.

Renamo has lost every election to Frelimo since the peace deal, and has challenged these vote outcomes as fraudulent. It accuses Guebuza and his ruling party of hogging political and economic power through a one-sided electoral system and by harassing its opponents.

Frelimo was expected to dominate November’s municipal elections and a nationwide vote in just over a year. There are concerns the renewed fighting could derail the resources investment bonanza in a country where most of the population still remains desperately poor. DM