For the sins of the fathers: Caribbean countries sue for slavery, but what could it mean for SA? 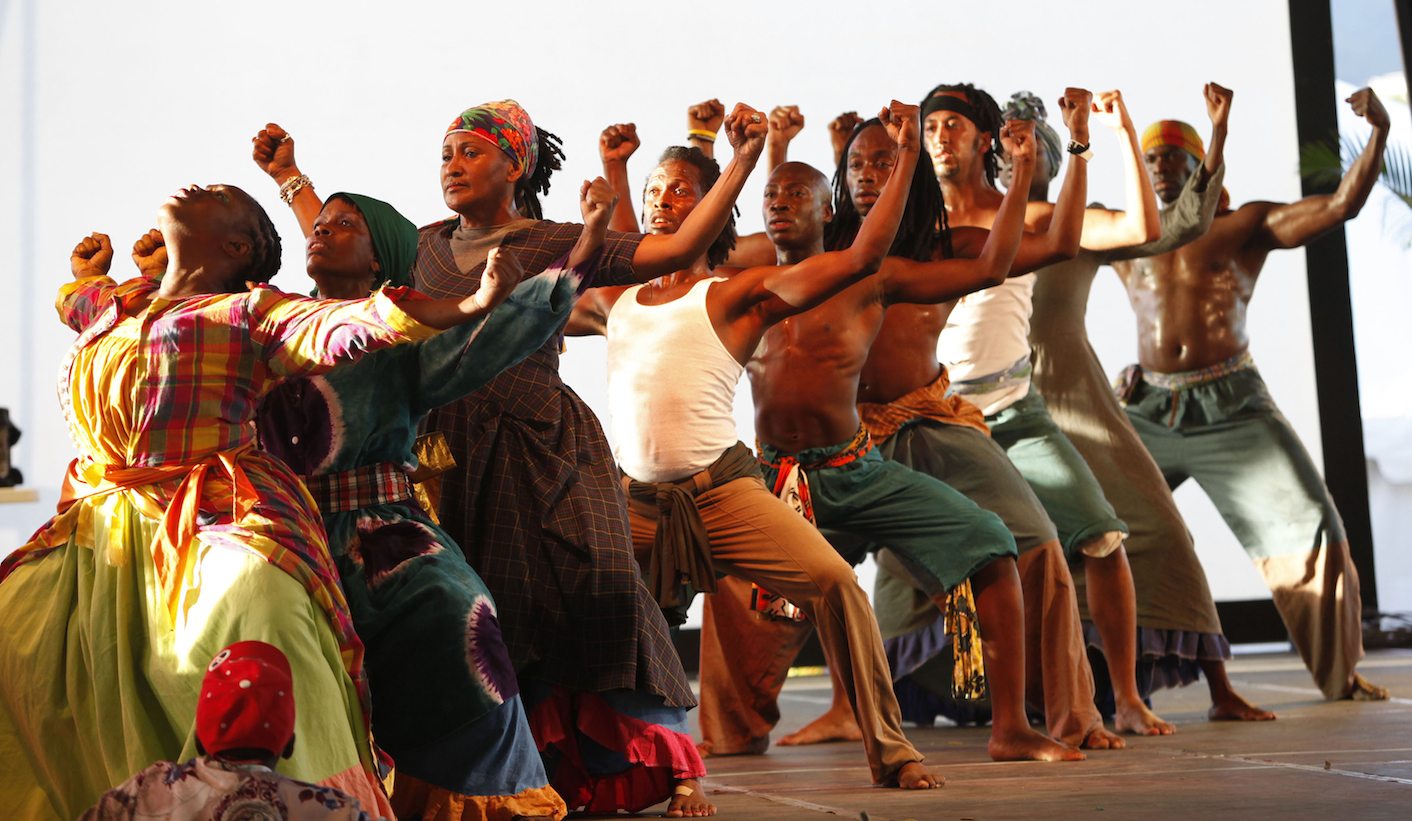 Fourteen Caribbean nations are to sue European governments for reparations for slavery. The Caribbean Community (Caricom) is bringing lawsuits to the International Court of Justice in the Hague against Britain, France and the Netherlands for their roles in the Atlantic slave trade. They argue that the social and economic legacy of slavery continues to disadvantage them to this day. It’s an interesting case, and it might prompt some reflection about South Africa’s own reparations issues. By REBECCA DAVIS.

Regional Caribbean organisation Caricom, through its British law firm Leigh Day, will seek to make the case in the Hague that through their colonial participation in the slave-trade, Britain, France and the Netherlands essentially contributed towards the stunting of Caribbean development, and now owe 14 Caribbean nations reparations for slavery and an apology.

Exactly how much money they want, and how they think it should be disbursed, is not yet clear. The figure mentioned by several media outlets has been that Britain paid 20 million pounds in compensation to slave-owners in the Caribbean almost two decades after the abolition of slavery in 1834. (The slaves got nothing.) This figure was massive even at the time, amounting to 40% of the erstwhile government’s budget, and would now be equivalent to about 200 billion pounds.

These are lawsuits guaranteed to provoke emotional responses. Slavery was abolished in 1807, and present-day European governments are being asked to fork out for the sins of their forefathers. There’s a post currently up at Catholic Online* which sums up many frequently-aired objections to this idea: “Where does one draw the line?” it asks. “When do a people stop being victims and become responsible for their own condition? Shall the nations of Europe sue France for Napoleon’s conquest? Shall England pay its former colonies? Should England sue Italy for the conquests of the Romans?”

There are legal difficulties foreseen, too. The New York Times quoted an international law expert as dismissing the case as “legal fantasy” due to the fact that slavery was not internationally unlawful at the time of the colonial slave trade. Another potential issue is that slavery took place before the adoption of the European Convention on Human Rights in 1950. This point was cited by the European Court of Human Rights on Monday as a reason why the court lacked the jurisdiction to investigate the 1940 Katyn killings of Polish war prisoners.

Another less than encouraging sign is that a number of previous attempts to sue corporations for slavery have been unsuccessful. In 2004, descendants of American slaves sued Lloyds of London for having insured slavers’ ships, but the lawsuit and all subsequent appeals were dismissed.

But if anyone can make this case stick, it might be Leigh Day, a British law firm known for taking on hugely ambitious cases which nobody else might consider feasible. Senior partner, Martyn Day, voiced a pragmatic stance to the Daily Maverick on Monday. “The case is obviously a tough one, but we would certainly not describe it as being without hope,” he said.

It was Leigh Day, acting in collaboration with South African law firm, Mbuyisa Neale, who secured a settlement in September from Anglo-American South Africa to 23 former mineworkers who had contracted silicosis in the course of their mining activities.

Perhaps the firm’s most high-profile victory to date occurred in June this year, when Leigh Day succeeded in winning an apology from the UK government to Kenyan victims of torture during the colonial administration of the 1950s. In addition to the apology, the British government committed to paying compensation to the firm’s 5228 Kenyan clients, together with costs, to the total tune of over £19.9 million, as well as financing a Kenyan memorial. At the time of the settlement, British Foreign Minister, William Hague, was careful to specify that this should not set a precedent,

In the past eyebrows have been raised over the law firm’s costs. In 2010, Leigh Day took on oil company Trafigura on behalf of 30,000 claimants in Ivory Coast who alleged that they had become sick due to the dumping of toxic waste. After a hard-fought battle, Trafigura settled, agreeing to pay £30 million to the claimants – £1,000 each. By contrast, Leigh Day demanded costs from the case – including billable hours – of £105 million. At the time, the firm defended the bill on the grounds of the amount of time and work that go into such cases, and because the money would be invested in fighting similar cases.

In this case, they stress that what is at stake is not just the money for the Caribbean nations involved, but also the apology.

“In nearly every ‘historic’ case we have worked on there is a very strong sense that an apology is a fundamental part of the claim,” Day told the Daily Maverick. “That is very much the same here. What happened during the slavery era and the ongoing impact rankles enormously in the Caribbean and they feel a properly worded apology is what they are due.”

When it comes to historical injustices, sorry often seems to be a terribly hard word that takes ages to materialise. It took 38 years for a British Prime Minister to apologise for the ‘Bloody Sunday’ killings of protesters in Northern Ireland in 1972. It was only in 2008 that an Australian Prime Minister – Kevin Rudd – would apologise for the treatment of Australia’s Aboriginal population, including the removal of Aboriginal children from their parents.

Germany is often approvingly cited as an example of a country which handled its post-Holocaust contrition adequately. But the political gesture many think of occurred only in 1970, when former chancellor Willy Brandt fell to his knees at the Warsaw Ghetto. In 1951, the state of Israel demanded that the German government acknowledge the nation’s collective guilt and make restitutions. It was Konrad Adenauer, Germany’s post-war leader, who delivered Germany’s first “formal statement of regret” to the Bundestag in 1951, and the statement was at pains to stress that “the large majority of the German people abhorred [Nazi] crimes and did not participate in them”.

In a South African context, Apartheid’s last president FW de Klerk apologized for Apartheid in May 1996, calling it “deeply mistaken”, in a statement which the FW de Klerk Foundation has since complained was “widely minimalized, trivialised, misconstrued or forgotten”. (The sincerity of this apology was called into question in 2012, when De Klerk told CNN that Apartheid was only morally reprehensible “in a qualified way”.)

An apology for Apartheid appeared to be expected a good few years before De Klerk’s 1996 apology, however. In a 1991 New York Times article, the reasons behind the failure of white Nats to apologise for Apartheid at that time were speculated on. “Few governments apologize for past policies, and this seems particularly true in South Africa, where an apology could be construed by blacks as willingness to pay reparations,” wrote the author.

A lack of political will to pay reparations for Apartheid appears to have been inherited by successive governments, however. Almost 20 years after the formal transition to democracy, the issue is still far from complete. In 1995 the President’s Fund was established with just over R1 billion: R800 million from treasury and R200 million from the Swiss government.

In 2003 it made once-off payments of R30 000 to around 17 000 people. This method has been strongly criticized for failing to distinguish between varying degrees of harm, and for failing to recognize victims who were not registered with the TRC. The Khulumani Support Group has consistently maintained that it has identified at least 65,000 people who suffered “gross human rights violations” under Apartheid.

As the Mail & Guardian noted last year, the failure to disburse the remainder of the President’s Fund has earned substantial interest on its remaining funds. It is now worth as much as it was at the time of its establishment.

Apartheid litigation for reparations has focused on corporations, and thus far been largely met with failure. The ten-year South African Apartheid Lawsuit, which aimed to sue corporations like IBM and Ford in the US for providing the infrastructure that propped up apartheid, was smacked down in August, when the federal appeals court in New York ruled that it couldn’t hear the claims if the corporations’ conduct had taken place overseas. The Khulumani Support Group, which mobilized the plaintiffs, announced in September that they would be appealing the decision, but it doesn’t look hopeful.

In the case of the Caribbean lawsuits, Leigh Day will be hoping for a lucrative settlement. The British government may be particularly fearful of opening the floodgates to more of these claims, however. After Kenya’s Mau Mau victims accepted the Foreign Office’s settlement in June, it was reported that Cypriot rebels who fought against British rule in the 50s were planning their own lawsuit. Some Afrikaner groups may even be watching these developments: the likes of Dan Roodt have repeatedly said that Britain should be made to acknowledge their Boer War crimes. DM

* Incidentally, if you’re thinking it seems ironic that Catholics should object so strenuously to what seems like a staunchly Biblical notion – generational sin – it appears that the Bible has conflicting views on the matter. Exodus 20:5 promises a jealous God’s vengeance, “visiting the iniquity of the fathers on the children, on the third and the fourth generations of those who hate Me”. But Deuteronomy 24:16 specifies that “Fathers shall not be put to death for their sons, nor shall sons be put to death for their fathers; everyone shall be put to death for his own sin.”

Photo: Members of the Something Positive dance company from New York perform at Lidj Yasu Omowale village during celebrations for Emancipation Day in Port of Spain. Emancipation Day commemorates the liberation of formerly enslaved Africans and their struggles and resistance to the institution of slavery. (REUTERS/Andrea De Silva)