Now Dirco’s got Ubuntu, too 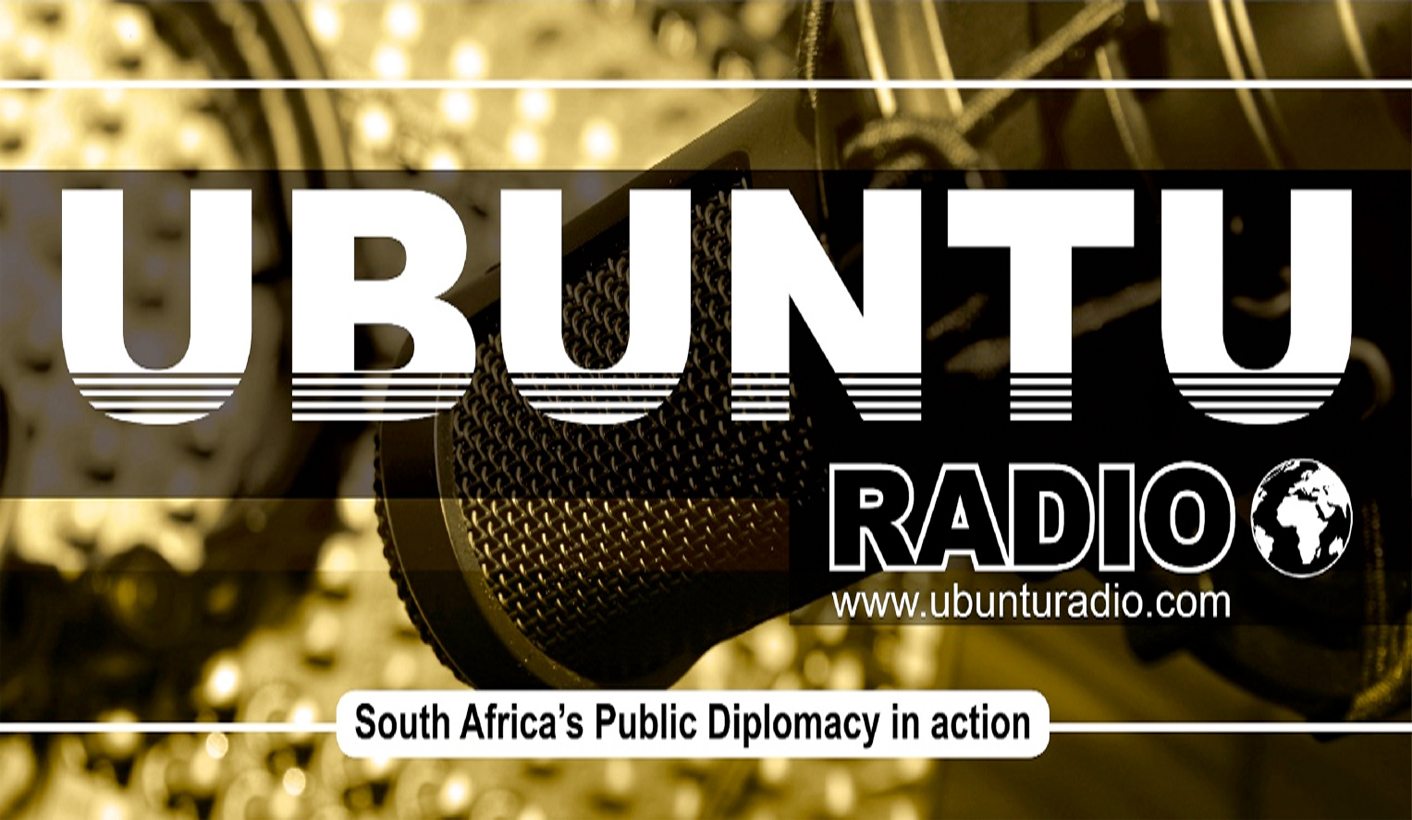 It’s very difficult holding a conversation with the Department of International Relations and Co-Operation’s spokesperson, Clayson Monyela. A consummate government spin-doctor, he’s known to respond to seemingly straightforward questions with eight hundred word polemics on the “African Agenda”, the avowed thrust of South African foreign policy. Or so we’re told.

But then, that’s why Dirco have launched Ubuntu Radio, to allow South African diplomats to explain foreign policy without the interruptions of column inches – or the attention span of journalists.

The online station was launched last Thursday as part of the department’s campaign to communicate South Africa’s foreign policy more effectively. As well as the radio station, Dirco also recently launched “Diplomatic Chat”, a weekly opportunity for a select few to chat up South African diplomats under Chatham House rules.

The one time I did brave the traffic to travel to Pretoria on a Friday evening, eager for diplomatic conversation that conveys more than the careful wording of a press release, I was disappointed. There were cocktails and canapés aplenty, but diplomats and conversation were in shorter supply.

The initiative is certainly well intentioned. It is deeply needed but buying into the idea from journalists, analysts and diplomats may take more effort – the drive to Pretoria alone may prove more of an impediment than access to South Africa’s top diplomats is an incentive.

Still, Dirco officials firmly believe South Africa’s foreign policy is not understood properly at all by the media or the greater South African public.

Monyela believes Ubuntu Radio is a solution to the problem, without the trouble of a drive to Pretoria, fulfilling the ambition of communicating South African foreign policy better.

“There isn’t enough discourse about South Africa’s foreign policy on any platform. If you listen to SAFM, once in a while they will talk about our foreign policy if there is an incident that triggers that debate. Same with 702. Even in the papers,” he says. “You just have to look at the number of foreign policy correspondents to show you that we are not having enough discussions around our foreign policy, its direction and its objectives, and whether it’s effective and whether we are making inroads.”

Across the hallway from his office, three Dirco employees are huddled over a computer inside the Ubuntu studio. Much of the studio equipment was actually owned by the Apartheid-era Ministry of Foreign Affairs, who purchased state-of-the-art broadcasting equipment in an effort to endear South Africa to the rest of the world.

“Incidents like Libya and how it was handled and explained to South Africans was a big lesson because our interaction with [the media] and South Africans at large was limited to press conferences,” Monyela says.

“And in a press conference you have limited time and journalists themselves choose how to cover the story, which means the narrative is essentially dictated by their own understanding of the issue but also, to some extent, their own opinion on the matter, on how we should have handled it, whether we were right or wrong.”

He believes the broadcasting equipment already owned by the department to be the ideal tool to plug South African foreign policy, straight from the horse’s mouth.

“Everything put together said to me, ‘You need a platform that’s available around the clock where you can have on-going conversations with South Africans and the world,” Monyela says.

But it is, of course, telling of the ambition of South African foreign policy that the radio station is not aimed solely at a South African audience.

Monyela believes South Africa’s stature in Africa and in forums like Brics and the G20 are indicators that South Africa’s opinions on world affairs are coveted well beyond its borders.

“So everybody wants to know South Africa’s thinking on any major global issue, but we don’t have a platform where we can have a conversation with everybody, to explain ourselves, the rationale behind our thinking on any issue,” he says.

He uses the recent position taken by the South African government at an extraordinary AU summit to discuss African participation in the International Criminal Court as an example of how the radio station will stand to benefit South Africans.

“What are the reasons; how do we, as a country, view the operations of the ICC and how they have been treating Africans in particular and generally how they treat other people outside the continent, what informs that, are there practical examples, are their concerns genuine? You are reduced to five minutes on any other radio station and with [Daily Maverick] you rely on [them] to write a piece and then that’s it – after that the conversation is dead.

“So we wanted to have an ongoing conversation with everybody, especially those who are interested in the work that we do, scholars, academics, analysts, ordinary South Africans and the world.”

He reiterates, “The target audience would be anybody who is interested in South Africa’s foreign policy… But also we are hoping that in the course of talking to people, we’ll also recruit new people who initially wouldn’t have paid attention to what South Africa is doing in the world, its agenda.”

But why would uGogo have any interest in what South Africa is saying about the ICC when she’s still waiting for a home, affordable electricity and safe drinking water?

“Nobody has drawn the link between their daily realities and the mandate of this department. Nobody has sat them down and explained to them that the reason why in the last financial year our trade figures with the Chinese is in billions… is the work that diplomats do in luring and explaining to potential investors to come and invest here,” Monyela says.

“In building relationships with countries such that those countries are able to encourage their business people to consider us as an investment destination. When you’ve got investment, job opportunities are created. People get jobs, when they are paid, their lives improve and that’s the direct link.”

For now, however, South Africans will be interested to know how much this exercise in public diplomacy actually costs taxpayers. Monyela insists that it does not cost much at all – most of the equipment was already owned by the department and the production of shows will all be sourced within Dirco itself.

“That conversation is not there between us and South Africans and we thought what would be the most affordable way of creating a sustainable platform that we can own, which will be accessible to us around the clock and research suggested to us that a radio station that you do online is very cheap to do – as government we don’t have deep pockets – with a million rands you can set it up and run it sustainably for a very long time.

“So it’s very cheap and there’s a growing market in South Africa with growing internet penetration and mobile devices.”

Monyela’s optimism regarding the online medium is hard to share. With internet penetration as low as it currently is in South Africa and broadband internet still prohibitively priced, such an endeavour, however well placed, is unlikely to touch grassroots South Africa any time soon.

He says, though, that Ubuntu Radio will be shipping off ready-to-air programmes for community radio stations.

“We are packaging certain programmes whose content we believe is relevant to a grandmother in the village. So you send those programmes to the community radio stations, who will then play those programmes,” the Dirco spokesperson says.

Monyela denies, however, that Ubuntu Radio, will be used to disseminate South African government propaganda.

“We’ll have shows that will allow people to call in, ask questions and engage to say they don’t agree with us,” he says. “It’s not going to be us lecturing, it’s going to be a two-way conversation.