The launch of SA’s Libertarian Party: herding cats in time for 2014 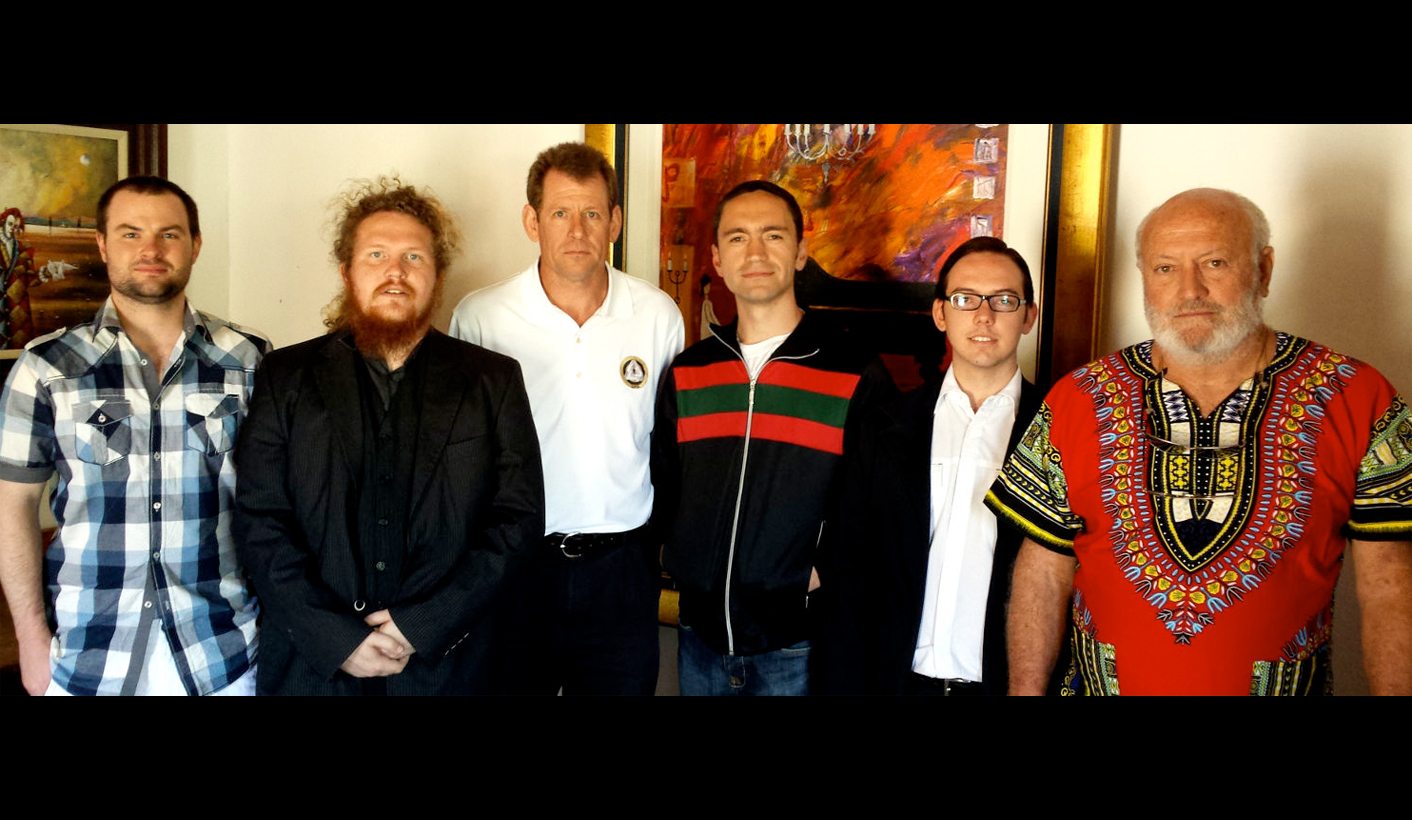 Those who believe in individual freedom on economic and social matters, also known as libertarians, are notoriously hard to organise. A new political party in South Africa aims to unite and focus the political opposition to authoritarianism and government waste, but the signs at its launch were not auspicious.

On 20 October 2013, a sunny Sunday morning, a new political party was formed in the small Karoo town of Prince Albert. The Libertarian Party of South Africa (LiPSA) had, at its formation, a membership of 17 people. In a surprising departure from the announced programme, Enyinna Nkem-Abonta, who wrote the LiPSA policy position, did not get elected as an office-bearer.

“I don’t know what happened,” he said. “I helped start this, and wrote most of the founding documents, but now I am afraid the party is dead in the water. I am surprised that they do not realise that a party leadership of six white men may be perceived as racist.”

Nkem-Abonta has some political experience as the one-time Democratic Alliance spokesperson on trade and industry. As member of Parliament, he crossed the floor in 2005, leaving the DA for the ANC, but did not regain his seat in 2009.

Barry de Harde, who along with Nkem-Abonta, Charl Heydenrych and Trevor Watkins helped found the party, was elected party leader. He says that Nkem-Abonta chose not to stand for election.

“It was his choice. He didn’t stand,” he protests. “As a libertarian, I can’t coerce anyone to take up a position. My position is that this committee exists to get the party registered with the Independent Electoral Commission. It is administrative to start with. Once we are registered, we’ll have a formal meeting and a new leadership will be elected. I comfortably believe that we’ll find the right people. I’d love nothing better than for Nkem-Abonta to be a part of that. Freedom resonates with all races, all people. What is interesting is that there is now the risk of a race classification, which we hope to rectify.”

At the time of writing, the party had collected 150 out of 500 signatures required on its Deed of Foundation to form a party eligible to contest national elections, but the founders were not sure by what date the registration process had to be complete.

LiPSA espouses the principles of individual freedom, as set against what its manifesto calls “the omnipotent state”.

According to De Harde, the objective of LiPSA is “to place a Cato in the Senate, a Ron Paul in the Congress, or a Helen Suzman in South Africa’s Parliament.”

The references are to Cato the Younger, a Roman Stoic famed for his moral integrity, incorruptibility, and opposition to Julius Caesar; the popular US congressman Ron Paul, an advocate of liberty and sound money who was a thorn in the side of both opposition Democrats and his own Republican Party; and Helen Suzman, the leader of the Progressive Federal Party, the forerunner of today’s Democratic Alliance, and the only vocal opponent of racial discrimination who retained a seat and a principled voice in the Apartheid parliament.

The party hopes to exploit the opportunity of a national election to focus the activities of various groupings that espouse principles of political and economic freedom, and views itself as a counterweight to what it considers the increasingly authoritarian and corrupt policies of the political establishment. According to De Harde, it seeks to play a “disruptive, but not destructive” role in its attempt to roll back the oppressive machinery of the state.

According to the founding documents, hosted on a site that has yet to get its own domain name, the party believes that “the only just system is one in which every person enjoys unfettered individual liberty as a natural right, limited only by the need to respect the equal right of others to such liberty.”

The initiative for a formation of the party came at the close of the 28th Libertarian Spring Seminar, attended by some 30 people, about half of which joined the party. The discussions on topics related to individual liberty ranged widely, from the nature, causes and effects of inequality, the appropriation of the commons, a business model for reclaiming damaged Karoo veld, bitcoin and the nature of money, feeding the world with organic farming, establishing affordable private schooling, and the cost of capital for South African companies.

Faced with skepticism from some audience members, the party’s leaders recognised the likely futility of their efforts. Watkins, who was elected LiPSA secretary, put it plainly: “I don’t know who would be more surprised if we got a seat in parliament, the ANC or us. What this is about is getting a true and honest message out there that is currently confined to only a few people.”

“I wouldn’t be here if we didn’t think we could enter the political debate,” retorts De Harde. “I feel we can get some form of traction. If you’d asked Helen Suzman when she started whether she thought she could make much difference as a single person, I’m not sure she would have said yes.”

Leon Louw, who did not join the new party, welcomed its formation in principle, but also struck a skeptical note. He argued that the ANC and DA are not as authoritarian as libertarians often represent them. He added that libertarians, instead of merely stating opposition to government force, should say what they will deliver: healthcare for all, jobs for all, houses for all. “The parties that don’t deliver it always promise it,” he told the meeting. “Libertarians need to argue why their policies will deliver it.”

In an interview, he said: “It comes at a time when libertarianism is for the first time a widely recognised philosophy. It is commonly mentioned in the mainstream media. It is therefore appropriate that it exists as a political option. Although it is obviously unlikely for the party to be a significant role-player initially, it will bring the concept and virtue of liberty to the attention of more people. That contribution is to be welcomed.

“Freedom as a value and an end in itself is very seldom articulated in SA, where the political debate has become either crude pragmatism about ‘what works’, or crude emotion about issues such as race. There is very little mention of liberty as an innately virtuous principle. It was a feature of dialogue during the Codesa years, and it ought to go back on the agenda.”

Referring to the Economic Freedom Fighters founded by former ANC Youth League leader Julius Malema, Louw added: “The fact that a party which opposes economic freedom in the extreme could even adopt the name ‘economic freedom’ shows the degree to which the meaning of freedom has fallen from the South African consciousness. Unless they mean they fight against economic freedom.”

Watkins, explaining why he got involved with this effort, said: “To remain silent is to acquiesce. A general election provides an unrivalled opportunity to market political, economic and philosophical ideas to an otherwise disinterested public. When history is written, we’d like it to record that there were at least a few people who expressed opposition to the dominant rhetoric of the ruling class; that alternative ideas supporting true individual liberty were at least proposed and discussed, in an attempt to alleviate some of the poverty and suffering caused by authoritarianism.” DM

Correction: A sharp-eyed reader, Cliff Featherstone, points out, correctly, that Helen Suzman was never leader of the Progs. She helped found the Progressive Party at her house in 1959, but Jan Steytler was elected leader. She was the sole elected parliamentarian representative from 1961 to 1974, however, during which time she was also the only parliamentarian openly opposed to Apartheid. In 1971, Colin Eglin was elected leader. In 1975, the party merged with the Reform Party, and it was renamed the Progressive Federal Party in 1977. Our apologies for the error.

Full disclosure: The author’s political and economic opinions are well known through his columns for Daily Maverick. He considers himself a libertarian and is broadly sympathetic with many of the views they express. He was not involved in the establishment of the Libertarian Party of South Africa, and is not a member. His travel to the 28th Libertarian Spring Seminar was sponsored by the Adult Education Network, a private advocacy group.