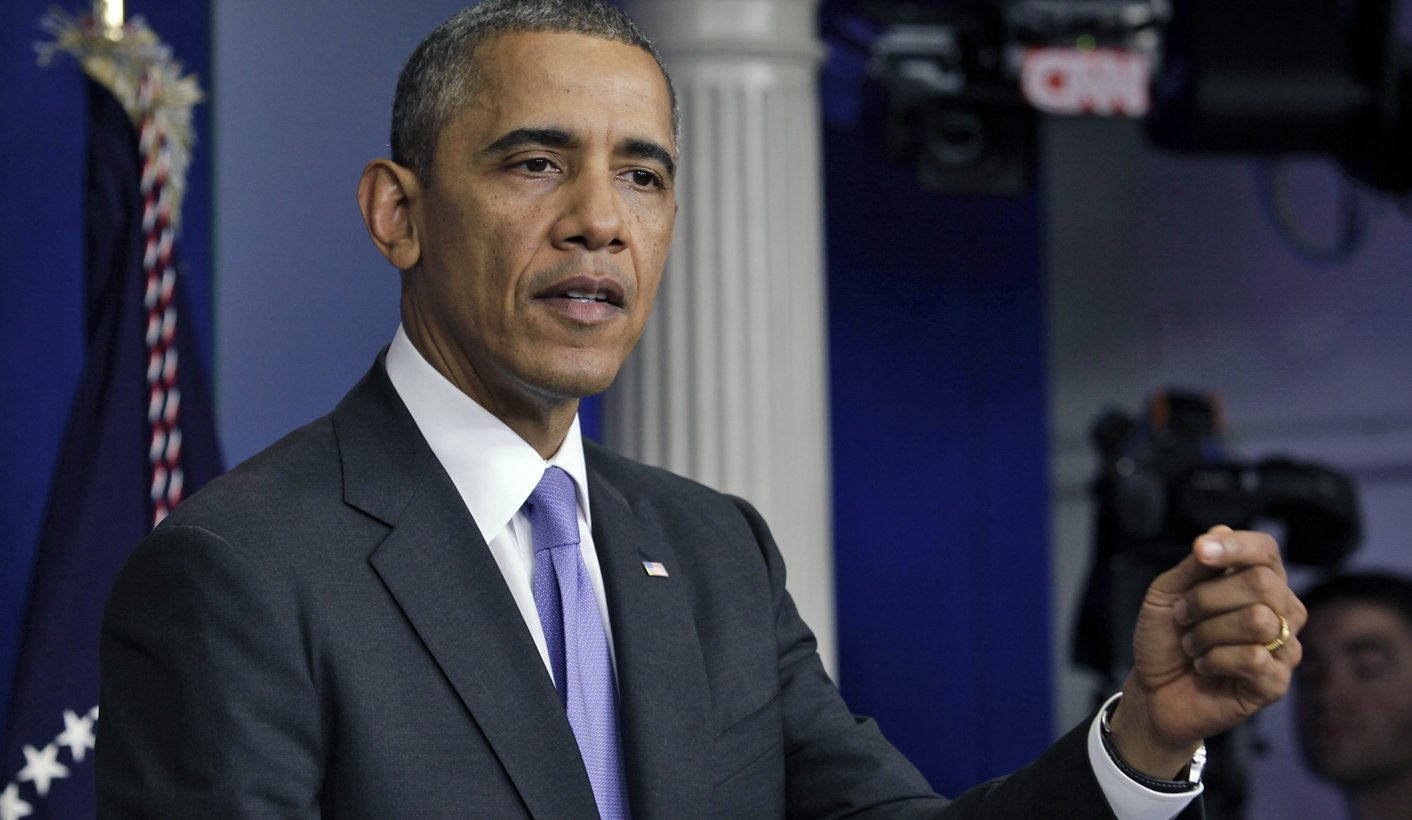 US President Barack Obama is frustrated by the problems with the rollout of his signature healthcare reform and the administration intends to fix them. Fresh from the U.S. budget battles, Obama on Monday will turn his attention to convincing Americans that the healthcare program can be fixed, despite the initial problems.

Speaking on NBC’s “Meet the Press” on Sunday, Treasury Secretary Jack Lew said the administration was determined to repair the technical glitches in the online insurance exchanges that are a central part of the program known as “Obamacare,” which launched on Oct. 1.

“I think that there’s no one more frustrated than the president at the difficulty in the website,” Lew said. He said the U.S. Department of Health and Human Services “has got plans to fix this and it has to fix this. It has to be done right.”

Obama told aides in a recent Oval Office meeting that the administration had to take responsibility for the fact that the website was not ready on time. He is expected to address that in his remarks on Monday.

Administration officials are expected to travel the country in the coming weeks to encourage people to sign up on the exchanges, targeting areas where there are high percentages of uninsured, according to one official.

The Patient Protection and Affordable Care Act is expected to provide private health coverage to an estimated 7 million uninsured Americans through the new online marketplaces that opened for enrollment in all 50 states on Oct. 1.

But the website, healthcare.gov, the administration’s online portal for consumers in 36 states, was hobbled by technical problems – including error messages, garbled text and delays loading pages.

Administration officials blame the problems partly on an unexpectedly high volume of visitors in its first 10 days. According to the Department of Health and Human Services, there were more than 19 million visits to the website.

“We are committed to doing better,” the department said in a blog post on Sunday.

Despite the problems, it said, other parts of the system were function well.

“Individuals have been able to verify their eligibility for credits, enabling them to shop for, and enroll in, low- or even no-cost health plans,” the department said.

“We have updated the site several times with new code that includes bug fixes. Our team has called in additional help to solve some of the more complex technical issues we are encountering.”

Late on Saturday the White House reported nearly half a million Americans had applied for health insurance through the federal and state exchanges provided by Obamacare.

That step was part of a new damage control effort by the administration in the face of intensifying criticism from Republicans over the error-filled launch.

Republicans in Congress have chastised Obama’s top health adviser, Health and Human Services Secretary Kathleen Sebelius, for declining their invitation to testify about the glitches to an oversight panel on Oct. 24.

Many Republicans were criticizing the program long before its rocky launch. A 16-day partial government shutdown that ended last week was precipitated by Republican demands to delay or defund Obamacare.

Republican Senator Ted Cruz, who led that campaign, vowed on Sunday to step-up his opposition, even though his tactics have been called a mistake by members of his own party.

“I would do anything, and will continue to do anything, to stop the train wreck that is Obamacare,” Cruz said on ABC’s “This Week.”

Lew said the program’s test would be in January, when the actual coverage starts for people who have enrolled by Dec. 15.

“I think that if we get that right, everyone will regret that the early weeks were choppy on the website. But the test is: are people getting coverage and are they getting the care that they need? And we’re confident we’re going to be on track to do that,” Lew said on NBC.

Nancy Pelosi, the Democratic leader in the U.S. House of Representatives, acknowledged problems with the Obamacare launch, but said they should be understood in the context of the program’s size.

“Any system that deals with that many millions of people frequently does have a glitch,” Pelosi told ABC News’ “This Week.”

“It has to be fixed, but what doesn’t have to be fixed is the fact that tens of millions more people had access to affordable quality health care and no longer will have a pre-existing condition bar you from getting affordable health care.”

Obama said in an interview with National Public Radio on Oct. 1 that he was prepared for some problems in the early months of Obamacare as healthcare exchanges were launched.

“There will be a six-month enrollment period. In the first week, first month, first three months, I would suspect that there will be glitches,” the president told NPR. “This is 50 states, a lot of people signing up for something. And there are going to be problems.” DM

Photo: U.S. President Barack Obama speaks to the media in the briefing room of the White House in Washington after the Senate passed the bill to reopen the government, October 16, 2013. REUTERS/Yuri Gripas