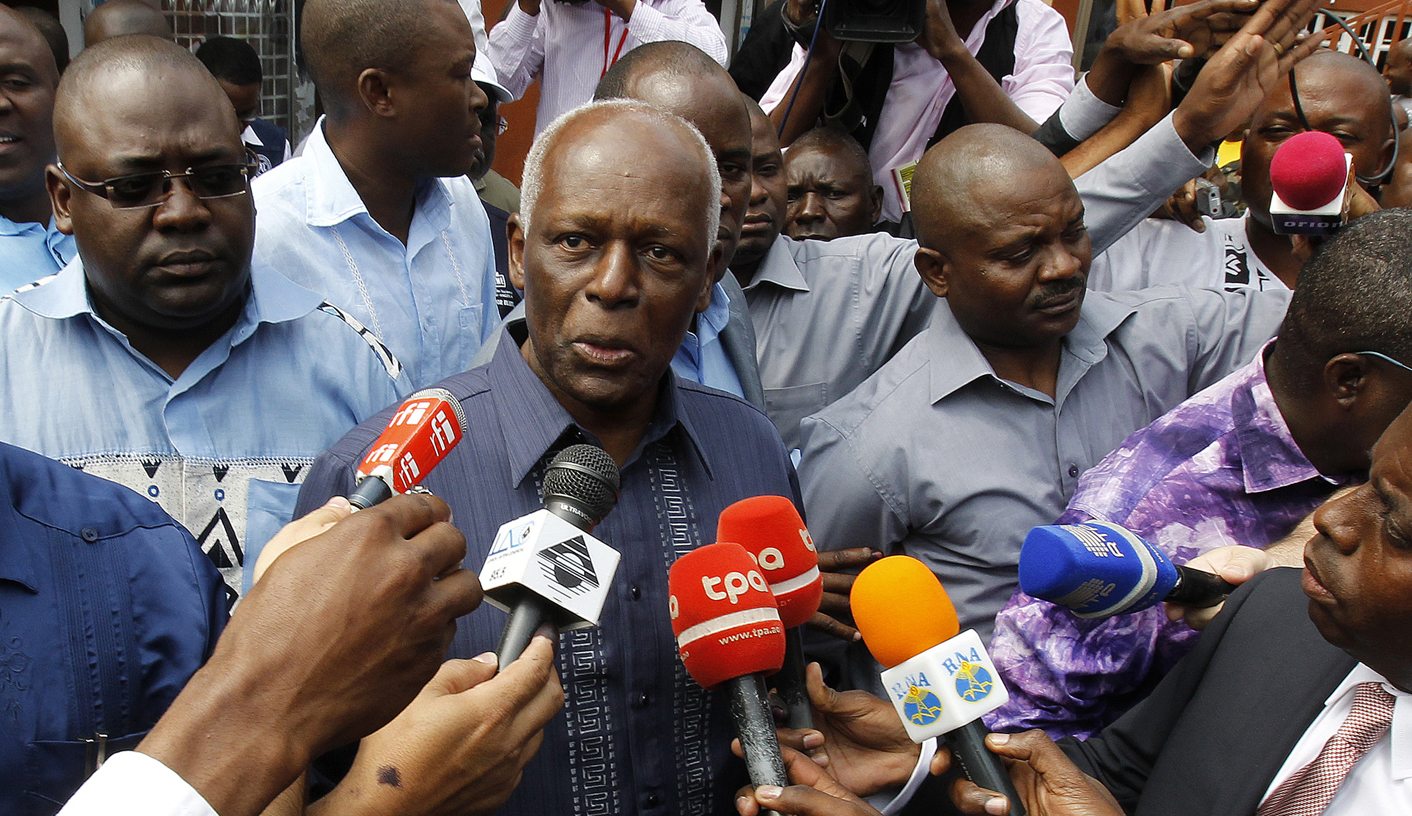 Cue panic in Lisbon as Angola’s President Jose Eduardo Dos Santos threatens to cut ties with Portugal over a high-profile corruption scandal. But the diplomatic spat is not really about corruption, but about power – and the fact that oil-rich Angola can get away with lording it over its former colonial master. By SIMON ALLISON.

Jose Eduardo dos Santos, president of Angola, caused a few shivers of panic in Lisbon this week when he publicly questioned the state of his country’s relationship with Portugal.

“With Portugal, unfortunately things are not going well,” said the septuagenarian leader, as he delivered his State of the Nation address to parliament on Tuesday. “There have been misunderstandings at the highest level of the state and the current political climat­e does not encourage the implementation of the previously announced strategic partnerships.”

Of course, tension between post-liberation states and former colonial masters is nothing new. When was the last time, for instance, that Robert Mugabe had anything nice to say about the United Kingdom? But, for Portugal, Dos Santos has long been a dependable ally – and, increasingly, an economic lifeline.

Times are tough in Portugal. Ever since the 2008 global financial crisis, the economy has stagnated and unemployment is high. Investment is hard to come by. Five years later, Portugal’s government is still reliant for its survival on a European Union bailout package.

Amidst the doom and gloom, one bright spot for Portugal has been Angola, its once-impoverished colony that is now awash in oil money – around $40 billion a year. Citizens are flocking to Luanda to look for work – 25,000-30,000 in 2012 alone – while businesses are courting Angolan investors, almost all of whom have close links to the Dos Santos administration.

And, with the help of some enthusiastic lobbying from the Portuguese government, the Angolan investors have come, bringing their billions with them. Dos Santos’ daughter, Isabel dos Santos, has led the way. Her investments include a $924 million stake in Galp, the Portuguese energy giant, and a $500 million holding in media firm ZON, helping make her – with a bit of help from daddy – the richest woman in Africa.

The problems started when Portuguese media revealed at the end of last year that Manuel Vicente, who had just taken over as vice-president of Angola, was under investigation from Portuguese authorities. Previously, Vicente ran Sonangol, the massive state oil company with a $34-billion annual turnover. Sonangol has also made a number of substantial investments in Portuguese companies. The investigation centred on possible corruption and money laundering charges against Vicente. Given the prevalence of corruption in Angola (ranked as one of the two 20 most corrupt nations in the world in the latest Corruption Perceptions Index), these would hardly come as a surprise.

Naturally, however, this strained relations between the two countries – a relationship that Portugal’s foreign minister Rui Machete was desperate to repair. In Angola last month, he went on radio and expressed his regret about the corruption probe, obviously hoping that this would soothe tensions. It didn’t. Instead, it sparked a firestorm of outrage at home. “Some in Portugal saw his comments as kowtowing to Angola’s growing power while infringing judicial independence,” said the BBC’s Alison Roberts. Portuguese opposition parties even called for Machete to resign. Far from helping the two countries put the corruption probe behind them, the incident only served to magnify public attention on Angola’s possibly dodgy dealings – and infuriate President dos Santos, who, it seems, has had enough.

Dos Santos detects racist overtones to the corruption probe and the Portuguese reaction to it. “Organisations from Western countries have deliberately caused an uproar to intimidate Africans who want to accumulate assets and become rich,” he explained in his State of the Nation. “So the general idea has been created that a rich African man is corrupt and should be suspected of corruption.”

Generally speaking, Dos Santos may or may not be onto something. In this specific circumstance, however, he’s missed the point, which is that Angola’s own corruption record – remember the mysterious case of the missing $32 billion? – is justification enough to put deals with Angolan state entities under the spotlight, no matter which Angolan bigwig they happen to be linked to. His best defence is not to play the racism card, but to prove there was no corruption in the first place.

This he’s clearly struggling to do. His second defence, however, may be just as effective. By threatening to cut ties with Portugal, Angola is making it all too obvious that their relationship no longer bears any relationship to that old colonial master-servant dichotomy. If anything, it’s the other way round. Portugal needs Angola more than Angola needs Portugal, which means Dos Santos can be as rude as he likes without having too much to fear in the way of consequences. Oh, how the tables have turned. DM