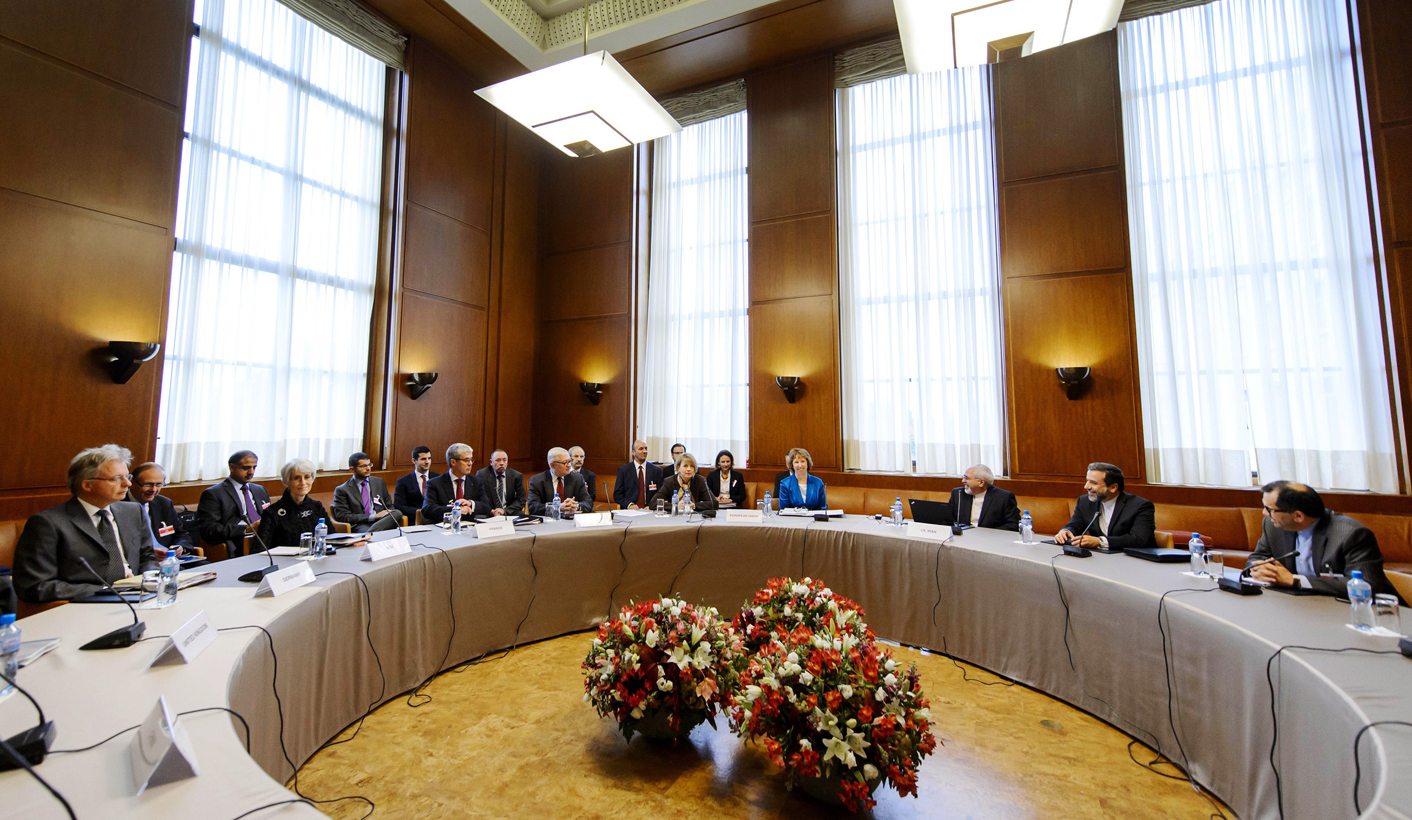 The United States described two days of nuclear negotiations with Iran as the most serious and candid to date after Western diplomats said Tehran hinted it was ready to scale back sensitive atomic activities to secure urgent sanctions relief. By Louis Charbonneau and Yeganeh Torbati.

But a senior U.S. administration official told reporters after the conclusion of negotiations between Iran and six world powers that no breakthroughs had been achieved and many disagreements remained. Other Western diplomats involved in the talks said there had been no apparent narrowing of differences between Tehran and the six nations over its nuclear ambitions.

“I’ve been doing this now for about two years,” the official said on condition of anonymity. “And I have never had such intense, detailed, straightforward, candid conversations with the Iranian delegation before.”

The White House spokesman, Jay Carney, echoed the remarks, saying Iran’s proposal showed “a level of seriousness and substance that we had not seen before”. But he cautioned that “no one should expect a breakthrough overnight”.

Washington’s ally Israel, which has told the United States, Britain, France, Germany, Russia and China – the six powers negotiating with Iran – not to trust Tehran, announced that Prime Minister Benjamin Netanyahu plans to speak next week with U.S. Secretary of State John Kerry about the Geneva talks.

Netanyahu told the U.N. General Assembly earlier this month that Iran’s new President Hassan Rouhani, widely seen as a pragmatist and centrist, was a “wolf in sheep’s clothing” and warned that Israel was prepared to act alone to prevent Tehran from getting nuclear weapons.

Follow-up talks between the six powers and Iran will be held in Geneva on Nov. 7-8.

Tehran denies allegations by Western powers that it is seeking the capability to produce atomic bombs.

But so far it has defied U.N. Security Council demands that it halt enrichment and other sensitive nuclear activities, leading to multiple rounds of crippling international sanctions that have reduced Iranian oil exports, caused inflation to soar and the value of the Iranian rial currency to plummet.

Western officials have said that they need Iran to increase the transparency of its nuclear programme, stop enriching uranium to 20 percent, reduce its uranium stockpiles and take other steps to assure the world it does not want atomic weapons.

In a rare joint statement highlighting the dramatic shift from confrontation to dialogue since Rouhani took office in August, negotiators from Iran and six world powers said Tehran’s new proposal aimed at defusing longstanding suspicions over the nature of its nuclear programme was an “important contribution” now under careful consideration.

Details of Iran’s proposal, presented during two days of negotiations in Geneva, have not been released, and Western officials were unsure whether Tehran was prepared to go far enough to clinch a breakthrough deal.

The joint statement, read out by European Union foreign policy chief Catherine Ashton, said Iran’s Foreign Minister Mohammad Javad Zarif “presented an outline of a plan as a proposed basis for negotiation” and the talks were “substantive and forward looking,” without elaborating.

Zarif, who is also Iran’s chief negotiator, said Tehran looked to a new era in diplomatic relations after a decade of tension, in which concerns about the Islamic state’s nuclear ambitions fuelled fears of a new war in the Middle East.

“We sense that members of the (six powers) also have exhibited the necessary political will in order to move the process forward. Now we need to get to the details,” he told reporters after being brought into the auditorium in a wheelchair due to severe back pain.

Araqchi met the head of the U.S. delegation, Undersecretary of State Wendy Sherman, on Tuesday, the third bilateral contact between the two nations since Rouhani’s election in June. They followed a telephone call between Rouhani and President Barack Obama last month, the highest level U.S.-Iranian contact since Iran’s Islamic Revolution in 1979.

Washington cut off diplomatic ties with Tehran in 1980.

The sequencing of any concessions by Iran and any sanctions relief by the West could prove a stumbling block en route to a landmark, verifiable deal. Western officials have repeatedly said that Iran must suspend enriching uranium to 20 percent fissile purity, their main worry, before sanctions are eased.

Britain said it hoped this week’s talks would lead to “concrete” results but that Iran must take the initiative. “Iran will need to take the necessary first steps on its programme and we are ready to take proportionate steps in return,” Foreign Secretary William Hague said.

Russia warned against undue optimism. “The result is better than in Almaty (talks held in April) but does not guarantee further progress,” Sergey Ryabkov, Russia’s deputy foreign minister and Iran negotiator, told Interfax. “There could have been better cooperation.”

COMPLETE HALT TO ENRICHMENT OUT OF QUESTION

Western diplomats were hesitant to divulge specifics about the negotiations due to sensitivities involved – both in Tehran, where conservative hardliners are sceptical about striking deals that could curtail the nuclear programme, and in Washington, where hawks are reluctant to support swift sanctions relief.

But Iran, diplomats said, has made much more concrete proposals than in the past, when ideological lectures and obfuscations were the norm, to the point that Iranian negotiators were worried about details being aired in public before they had had a chance to sell them back in Tehran.

Diplomats said other proposals Iranian envoys had made regarding eventual “confidence-building” steps included halting 20 percent enrichment and possibly converting at least some of existing 20 percent stockpiles – material that alarms the powers as it is only a short technical step away from weapons-grade – to uranium oxide suitable for processing into reactor fuel.

Iran has made clear for years that it does not intend to renounce uranium enrichment, despite U.N. Security Council demands that it do so.

Diplomats say the United States and its European allies have resigned themselves to the fact that Tehran will have to be allowed to maintain some enrichment capabilities, though the scale of its enrichment work will likely be the subject of heated negotiations in the coming months.

Western diplomats say that conceding to demands for zero Iranian enrichment from U.S. and Israeli hawks would undermine Rouhani’s authority at home by exposing him to accusations of a sell-out from conservative hardliners in the clerical and security elite.

Most Iranians of whatever political persuasion equate the quest for nuclear energy with national sovereignty, modernisation and a standing equal to the Western world. DM

Photo: Delegations from Iran and other world powers sit before the start of two days of closed-door nuclear talks at the United Nations offices in Geneva October 15, 2013. Iran will face pressure on Tuesday to propose scaling back its nuclear programme to win relief from crippling sanctions as talks between world powers and Tehran resume after a six-month hiatus. REUTERS/Fabrice Coffrini/Pool