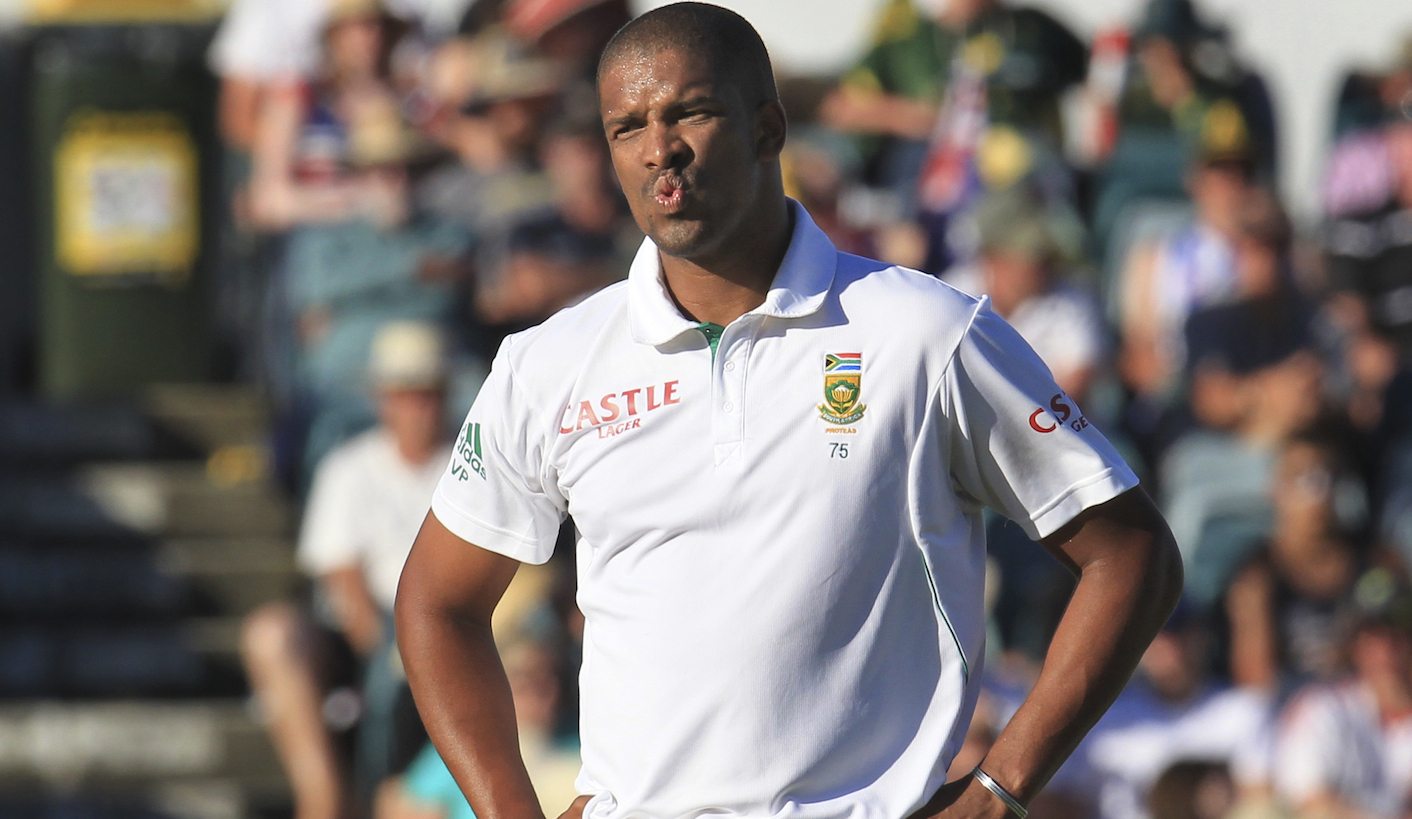 Pakistan continues to test South Africa and put up a good fight in the first Test in Abu Dhabi. It’s Test cricket as it should be - brutal and unforgiving. While this spirited effort from Pakistan is in full swing, it makes for thoroughly enjoyable viewing. ANTOINETTE MULLER picks five talking points from the second day.

South Africa trails in a Test for only the fourth time in 15 Tests, after Pakistan cruised to 263-3 on the second day in Abu Dhabi. Opener Khurram Manzoor notched up an unbeaten century, while debutant, Shan Masood, scored 75 as the Proteas struggled to come to grips with gruelling conditions in the desert.

Although some of the bowlers managed to keep it tight, Pakistan was simply so much better than South Africa. It’s an impressive effort from the hosts and one that has been immensely entertaining to watch. Here are five talking points from the second day at Abu Dhabi.

When Pakistan are good, they are really good

One of the best things about Pakistan is that you never know which face you are going to see. It can lead to some sides underestimating them a bit. Although South Africa’s current woes are probably a combination of underestimating their opposition and being somewhat undercooked, take nothing away from the hosts. Pakistan has been better than South Africa in almost every aspect and Manzoor’s effort has been a revelation. He became the first Pakistani opener to score a century against South Africa since Imran Farhat in Faisalabad ten years ago. The two sides have played ten Tests against each other since then and his efforts have been truly outstanding. Manzoor schooled every batsman in this game by being confident in his defence and ruthless in his attack. Manzoor was also the first Pakistan opener to score a hundred since June 2012, an effort which could not have come at a better time.

Line and length is effective, but frustrating

Vernon Philander is an immensely accurate bowler. On Tuesday, he kept things tight, ending the day with figures of 14-4-31-1. Morne Morkel was equally impressive with 15-4-23-1. Both bowlers stuck to their lines and lengths, and while Philander managed to get just a nibble of seam movement, Morkel managed to get his breakthrough with a shorter ball. It’s that kind of pressure-building bowling which has worked for the South Africans for so long and, although the conditions they find themselves in aren’t exactly conducive to bowling line and length, it clearly remains effective. The problem creeps in when that line and length doesn’t bring the rewards they normally would when bowling in conditions which favour them. Although neither have strayed from the path of consistency just keep, it’s been a while since South Africa found themselves on the back foot and desperate for destruction, a real acid test awaits the bowlers.

Technology actually works, when those in charge of it use it properly

Graeme Smith thought South Africa had a reprieve late in the day when an edge flew off Misbah’s bat. Smith had taken what he thought was a catch, but reviews showed that the ball had bounced just before him. Jacques Kallis, the bowler in the would-be wicket, didn’t even react, but Smith looked convinced. It didn’t take long for the umpire to determine that there was nothing to it, and it showed that, when technology is used properly and competently, it massively benefits the game. The two teams are playing under new DRS rules, where the reviews are “topped up” after every 80 overs. There’s been little need for either side to use the technology yet, because the umpires have been far better than the recent abomination of officiating which took place during the Ashes. Another small reminder that it really isn’t that hard to get the balance between tech and officials right.

Robin Peterson is one of South Africa’s most improved players over the last few years. He’s a handy lower-order batsman and an often innocuous bowler who gets the odd wicket when it matters. Until now, Peterson’s inclusion in the side has worked because they’re winning. Peterson might be a little but out of practice, but one can’t help but wonder whether giving Imran Tahir another run on a track which will suit him wouldn’t have been a better idea. Peterson, for all his cunning, hasn’t been able to exploit any of the turn in the wicket. Although Tahir last played a Test in 2012, where he got hit for a boatload of runs which has upped his average to over 50, during his T20 stint in Sri Lanka with South Africa a few months ago, he might have been worth a go, if not as a replacement for Peterson, perhaps as an addition. Neither players have played a Test in the UAE, so their inexperience on those surfaces would have been equal. In the two tests Peterson has played in India and Pakistan respectively, he averages above 50 in both. Chopping and changing a winning formula is a dangerous, but it’s a risk worth taking.

Nobody knows how long this spirited effort from Pakistan will last, but while it’s on show, it’s a timely reminder of just how good Test cricket can be when its intensely contested. During the Ashes summer, the games were far too often dominated by one side, dotted with select moments of brilliance. Since the start of this Test, everything has been enthralling. Pakistan has stood up to the number one ranked Test team in the world and it’s been exhilarating. For a side that has just had a tough time against Zimbabwe, Pakistan has stuck two fingers up at their doubters and blessed all consumers of the format with a truly wonderful exhibition of how to play properly. The test will be decided in the first 15 overs of the third day – as the saying goes, tomorrow morning is a crucial session for both teams.