Kenya’s Ruto to cooperate with ICC despite African pressure 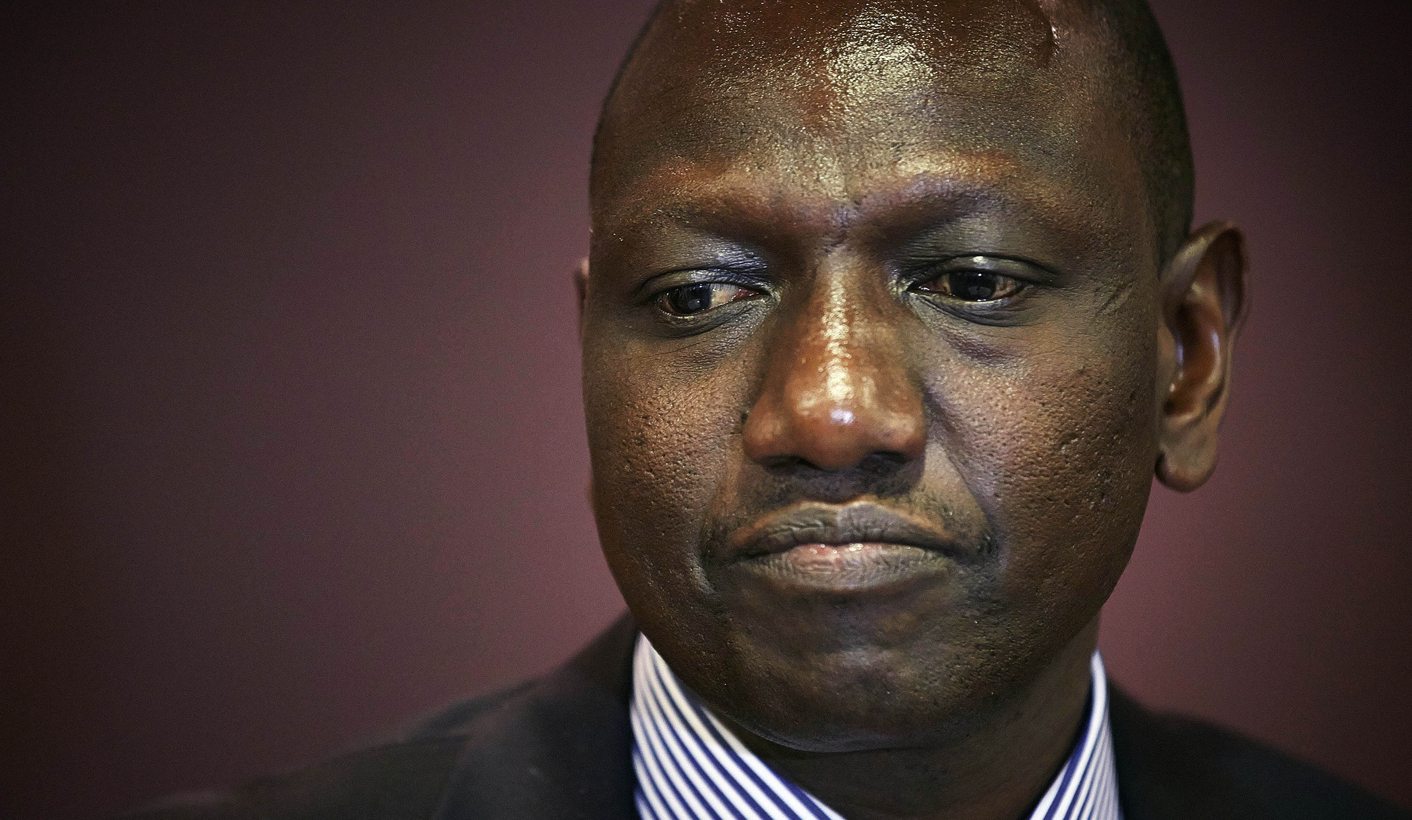 Deputy Kenyan President William Ruto said on Tuesday he would continue to cooperate with the International Criminal Court despite a call from African leaders for his case and that of President Uhuru Kenyatta to be delayed. By Svebor Kranjc.

Ruto told a news conference in The Hague he would prefer the case to proceed but said he should be excused from appearing in person so that he could carry on with his duties in Kenya.

Ruto and Kenyatta face charges of crimes against humanity over accusations they orchestrated widespread violence after a disputed 2007 election. Both men deny the charges and have tried to have their prosecutions adjourned or halted.

An African Union summit at the weekend criticised the workings of the court, complaining it had only pursued Africans. The ICC has convicted just one man, a Congolese warlord.

The summit said the U.N. Security Council should defer the trials of Kenyatta and Ruto under article 16 of the court’s Rome Statute, which allows for an initial delay of a year, or the AU would seek an alternative means of postponement.

“We are going to pursue United Nations Security Council adjudication on this matter so this case can be deferred, but more preferably we would want to work with the court’s decision to grant us excusal from continuous attendance so that both issues can be balanced out,” Ruto told journalists.

Kenyatta’s trial is the court’s most high profile case so far – the first against a sitting president. The African Union said that if the Security Council failed to put the cases on hold Kenyatta should refuse to attend his trial, which is due to start on Nov. 12.

Kenyan officials have not said what Kenyatta would do if the Security Council does not act by the start date, but if he fails to attend without any legal deferral of the case, an arrest warrant could be issued.

“That is non-cooperation territory where we really enter very difficult waters,” said one Western diplomat in Nairobi.

Western nations, who see Kenya as a vital regional ally in the battle against militant Islam, have urged the country’s leadership to cooperate. But they have taken what one diplomat called a “flexible” approach to a policy of having only essential contacts with an indictee of the court.

Kenyatta met British Prime Minister David Cameron on the sidelines of a Somalia conference in London in May and U.S. President Barack Obama called him by phone over the Nairobi mall attack last month, when 67 civilians and members of the security forces were killed in an attack by Islamist gunmen.

An arrest warrant would make such dealings far more difficult and, given Western interests in Kenya, Washington and European capitals are keen to avoid any escalation.

“I think some people might want to have a “get out” because it (limiting relations) is a policy that restricts a number of opportunities,” said the Western diplomat.

The African summit said a contact group of representatives from the continent, led by the current AU chair Ethiopia, would press the Security Council for a deferral. It said Kenya would put in an official request with the backing of AU states.

The United States and European nations, who are big donors to Kenya, have so far given little indication of their next moves.

“We are aware of the African Union position taken at the summit this weekend and are studying it in detail,” a British Foreign Ministry (FCO) spokesman said. DM

Photo: Deputy Kenyan President William Ruto attends a news conference at the Movenpick Hotel in the Hague October 15, 2013. Ruto said on Tuesday he would continue to cooperate with the International Criminal Court (ICC) despite a call from African leaders for the prosecution of President Uhuru Kenyatta to be halted. REUTERS/Phil Nijhuis