Diepsloot: A place of fear and anger

Diepsloot: A place of fear and anger 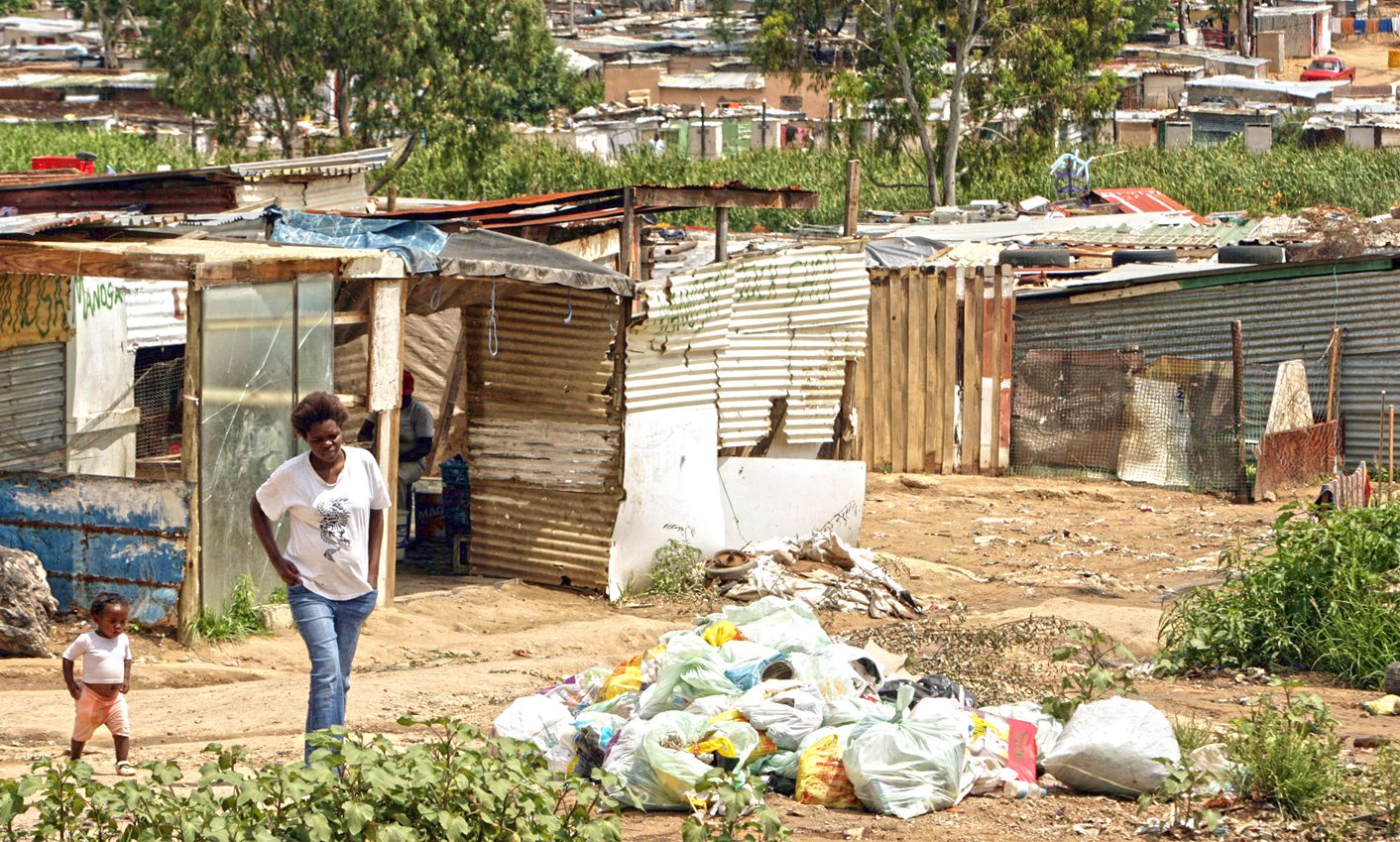 Mothers in Diepsloot are scared. Following the brutal murder and sexual assault of two toddlers, who will never get to go to school let alone experience growing up, a career, or falling in love, mothers ask how to keep their kids safe. The police are speaking to four people and are searching for the suspected murderer, who is suspected of committing another murder nearby. Diepsloot today is a place a fear and anger. By GREG NICOLSON & THAPELO LEKGOWA.

As the rain swept across Johannesburg on Wednesday night, the parents of cousins Yonalisa and Zandile Mali had been without their girls for four days. They only had a few years with their children. Yonalisa was two years old and Zandile three. They went missing on Saturday night. “When I went outside to get them, they were not there. I thought they had gone to the shops with my sister Sisanda, who is Zandile’s mum,” Thokozani Mali told Daily Sun in a plea on Monday, asking readers to help find the young girls. Volunteers, the community policing forum, and police, including a helicopter and dogs, all helped search for the toddlers, last seen with an unknown man.

Yonalisa and Zandile were found dead in a toilet cubicle on Tuesday morning in Diepsloot’s Extension 1. They had been raped. “The South African Police Service has assembled a team of detectives which includes the Psychology, Forensic Unit and other experts to investigate the murder and rape of two young girls in Diepsloot over the weekend,” acting Gauteng police commissioner Lieutenant General Lesetja Mothiba said on Wednesday.

Police are confident they know the killer’s identity. On Tuesday, the outraged community vandalised a compound with five shacks. Police responded to the leads and found the room where the killings took place, confirmed by DNA evidence. Four nationals of foreign origin, three with South African IDs, were taken for questioning and are helping build a profile of the main suspect, thought to be from KwaZulu-Natal or Swaziland. “The police are searching for a known suspect, believed to be the perpetrator of the crime,” said Mothiba.

On Tuesday, Honeydew cluster commander Major General Oswald Reddy said he suspects it could be the work of a serial killer. Yonalisa and Zandile were found 100 metres away from where five-year-old Anelise Mkhondo went missing on 7 September. The girl, who lived with her grandparents, was found dead under a pile of rubble on Diepsloot’s Ruby Street. A suspect was arrested but released due to lack of evidence.

Detectives say they suspect the same man killed all three girls as the location and modus operandi are similar. On Tuesday, members of the Investigative Psychology Unit were on the scene to collect evidence. The small unit that deals with some of the most horrendous crimes, such as serial murder and rape, muti murder, kidnappings and paedophilia, help in cases that suggest a serial offender might be involved and are highly trained. A 2008 profile of the unit from the Institute of Security Studies says, “When a pattern of offences emerges that suggests the involvement of a serial offender, the complexity of the investigation necessitates the involvement of another component of the SAPS, the Investigative Psychology Unit.”

The police were criticised on Wednesday for failing to visibly patrol the area where the girls died. They said they are doing everything in their power to ensure the safety of residents and have teams in the area ready to respond to any public violence, but police are fearful of stoking anger by forcing a confrontation with the community.

Residents barricaded roads and burnt tires on Tuesday and some foreign-owned stores were reportedly looted. The protest sparked fears of xenophobic violence and mob justice. Foreign storeowners fled Extension 1 for a number of days in May when a Somali shopkeeper allegedly killed two men. On Wednesday, however, the area was calm.

“The attack on foreigners’ shops yesterday is now becoming a common thing in Diepsloot,” said one resident, who didn’t want his name used. “There is a gang of people who are taking advantage of any tragedy that takes place in Diepsloot to loot foreign-owned shops. It is not the protesters who turn and go and loot, but the criminals, and then it is seen as if the whole community is like that.”

He was speaking before he knew the identity of the suspected killer and said, “Foreigners had nothing to do with the killings and we have no reason to be attacking them. Women who were marching yesterday are genuinely hurt because they are mothers and tomorrow it might be their children who will be killed and if there is a monster in the community it is best we do away with that monster.”

Mme Lesenyeho, from a nearby area, said on Wednesday, “As women in Diepsloot, we are scared. This happened at another section but we are also affected. Our children are now not able to play freely. As you know, Dieploot doesn’t have the luxury of privacy. Will we now keep our kids in our one-roomed shacks? We are forced to use the same communal toilets. Things happen in those toilets late night or early morning but it is our reality.

“The police also need to change their attitude when they come into communities after such incidents, for the whole weekend they were told of kids missing and they did nothing until the community finds the perpetrators and later they treat the community like nobodies. The police need to have a better way of working with us and responding to us.”

The shocking news has attracted political attention from most parties. The ANC said the act was “senseless and immoral, it is an act of those who are insane and heartless”. On Tuesday, both Gauteng Premier Nomvula Mokonyane and AgangSA women’s Forum coordinator, Vanessa Hani, visited the area to console the grieving. “This issue is a national issue,” said Mokonyane. “The story of the girls’ family is too sad for words. Theirs is a story of poverty, denial of dignity, hopelessness that is repeated all over the country,” said Hani.

Democratic Alliance spokesperson Mmusi Maimane condemned the lack of policing in the area. “The Diepsloot protests yesterday were due to a fundamental breakdown in trust between that community and the police,” he said Wednesday. “In Diepsloot alone, a R52 million police building remains unfinished in this area, and has stood empty for well over a year now. Meanwhile, police detectives work from containers and there are inadequate police vans to properly patrol the township.”

It’s a depressing image and this week the horror has not been confined to Diepsloot. In Katlehong, two girls, aged one and three, were found dead in an open field on Wednesday morning. Police are still investigating, but suspect the girls may have been poisoned by the mother’s husband.

Back in Diepsloot, the SAPS say once the station is open it will help policing in the area. But the political visits, protests, and investigations are too late for Yonalisa and Zandile Mali and Anelise Mkhondo. Their families have had to experience the tragedy of losing their children. It happened in the most violent of ways. The community is scared and the girls are gone, forever. DM

Photo: A woman and her child walk past a mound of uncollected garbage in Diepsloot outside Johannesburg, December 10, 2007. REUTERS/Siphiwe Sibeko