Currie Cup: Back-to-back wins on the cards for WP? 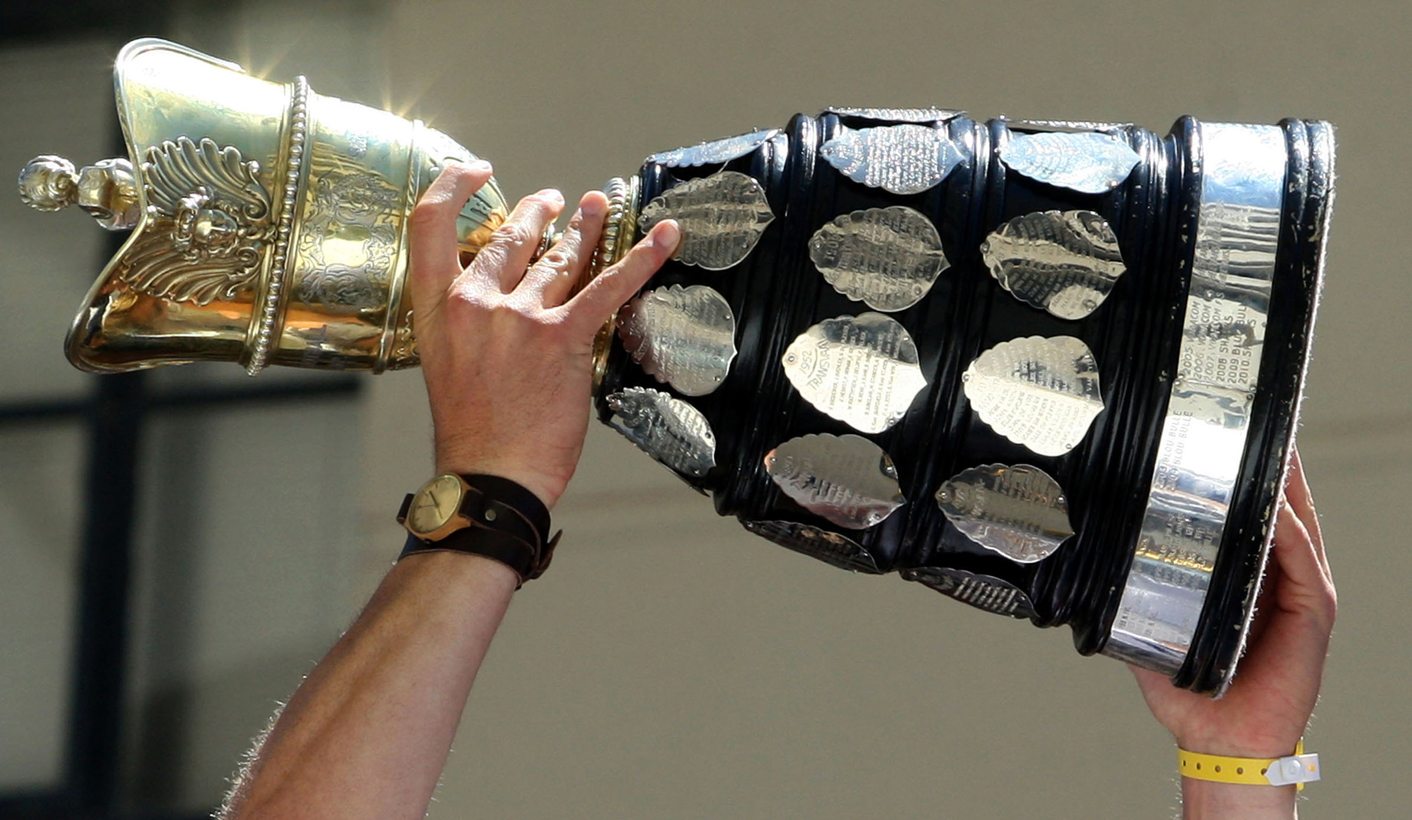 And then there were four with Western Province, the Sharks, Free State Cheetahs and Golden Lions left to fight it out for the famous Currie Cup trophy, while the Blue Bulls are languishing in the wilderness and Griquas might be excommunicated altogether if they fail to see off First Division champions, the Pumas, in a promotion/relegation series. By KEN BORLAND.

The picture’s rosiest for Western Province, the defending champions, who beat the Sharks 17-13 in Durban to finish unbeaten and top of the log, ensuring that they will host their semi-final against the Lions and the final should they qualify.

The same fickle Capetonian supporters who were getting in a tizz over coach Allister Coetzee after the SuperRugby competition now look favourites to celebrate back-to-back Currie Cup titles, something Western Province haven’t enjoyed since 2001.

The Springbok front row of Tendai Mtawarira, Bismarck and Jannie du Plessis were at the vanguard of the Sharks team at King’s Park, but the home team’s scrum never got into gear and the lineout was a mess under severe pressure from Etzebeth, Vermeulen and De Kock Steenkamp.

Coetzee, so used to hearing about how Western Province are weak in the tight five, would have allowed himself a wry smile.

“I think our set-piece was unbelievable,” Coetzee said after the game. “Look at a young front rower like Steven Kitshoff, who’s been outstanding throughout the season with his accuracy. Scarra Ntubeni might be diminutive, but he’s unbelievably accurate emotionally and is so matured. Pat Cilliers was outstanding and those that came on to replace them too.

“But in saying that, it was a complete eight-man effort at scrum time. I’m really pleased we dominated that area tonight and all credit to forwards coach Matt Proudfoot.”

Western Province flyhalf Demetri Catrakilis is another man who should be smiling wryly and exclaiming, “I told you so, ye unbelievers.”

Discarded as a mook by the Western Province Rugby Union last year, despite steering them to victory against the odds in the Currie Cup final, Catrakilis seemed to have been put out to pasture at the tender age of 23.

But Catrakilis was snapped up by the Southern Kings and was one of the stars of their brave SuperRugby season, so much so that he was invited to Springbok squad training by Heyneke Meyer.

Western Province seem to have realised it was a mistake to let Catrakilis go and the Johannesburg-born pivot has done enough to ensure he plays an important role in the Stormers’ 2014 SuperRugby campaign.

He was the archetypal general as King’s Park was drenched in sweeping rain; not only did he kick three penalties and a drop goal, but his tactical kicking game ensured Western Province were largely playing at the right end of the field.

Of course he was given a more leisurely evening by the dominance of his forwards, but it was noticeable how some dumb choices by the Sharks, trying to be too clever for the conditions in their own half, proved costly. Western Province’s try, scored by loose forward and captain Deon Fourie, came after both fullback SP Marais and flyhalf Fred Zeilinga had failed to kick deep from their own territory and provided turnover ball for the opposition.

The Sharks belatedly brought Pat Lambie on for the second half, and the Springbok probed for gaps more effectively and also kicked into the corners, but the two penalties he missed late in the game would be crucial.

Eighthman Vermeulen would be the hero in the end for Western Province as he capped a strong all-round performance with two crucial turnovers in the closing minutes.

The Blue Bulls went to Bloemfontein needing to beat Free State, scoring four tries and denying them a bonus point, in order to make the semi-finals, but they would be soundly beaten 22-7.

It was the Cheetahs who showed all the pace and verve, scoring three tries to one, as they were able to flourish on the platform laid by a superb effort by their pack, which thoroughly dominated their Bulls counterparts.

Free State coach Naka Drotske wants an explanation from referee Marius Jonker for all the scrum penalties against his side – particularly with the all-Springbok front row of the Sharks waiting for them in the semi-finals, but otherwise the Cheetahs had answers for everything the Bulls threw at them.

They were helped by another impressive display from their under-rated flyhalf, Elgar Watts, who set up centre Robert Ebersohn’s opening try and then scored one of his own early in the second half after plucking a chip-kick from Jan Serfontein practically off his boot and racing away for a superb try.

Hooker Adriaan Strauss then scored a memorable try of his own as he managed to get away from Springbok centre JJ Engelbrecht, whose despair at losing a footrace with a front-ranker seemed to sum up the Bulls’ campaign.

Coach Pine Pienaar received little support from the administrators when it came to what can only be termed a contracting debacle at Loftus Versfeld but, if Victor Matfield can be kept from making what can only be a career-tarnishing playing comeback, then the Springbok great could find himself fast-tracked into a head coach position.

The Lions were fortunate to escape with a win from their match against Griquas at Ellis Park and also reach the semi-finals with a 35-28 victory that gave them fourth place on the final log.

The discipline of the Lions in the opening quarter was the main cause of their problems as they conceded several penalties, allowing Griquas a 9-3 lead and plenty of possession and momentum.

The pace of Rocco Jansen then carried the Griquas wing to an impressive try and the Lions were in deep trouble at 3-16 down.

The pace of Lions wing Antony Volmink matched that of Jansen as he dotted down an Andries Coetzee grubber, but even though prop Jacques van Rooyen muscled over for a try, Griquas still led 19-15 at the break.

The Lions were more accurate in the second half and replacement Willie Britz, bursting through around halfway and then swerving past the last defender, scored one of the tries of the season to clinch the victory and the final semi-final place. DM