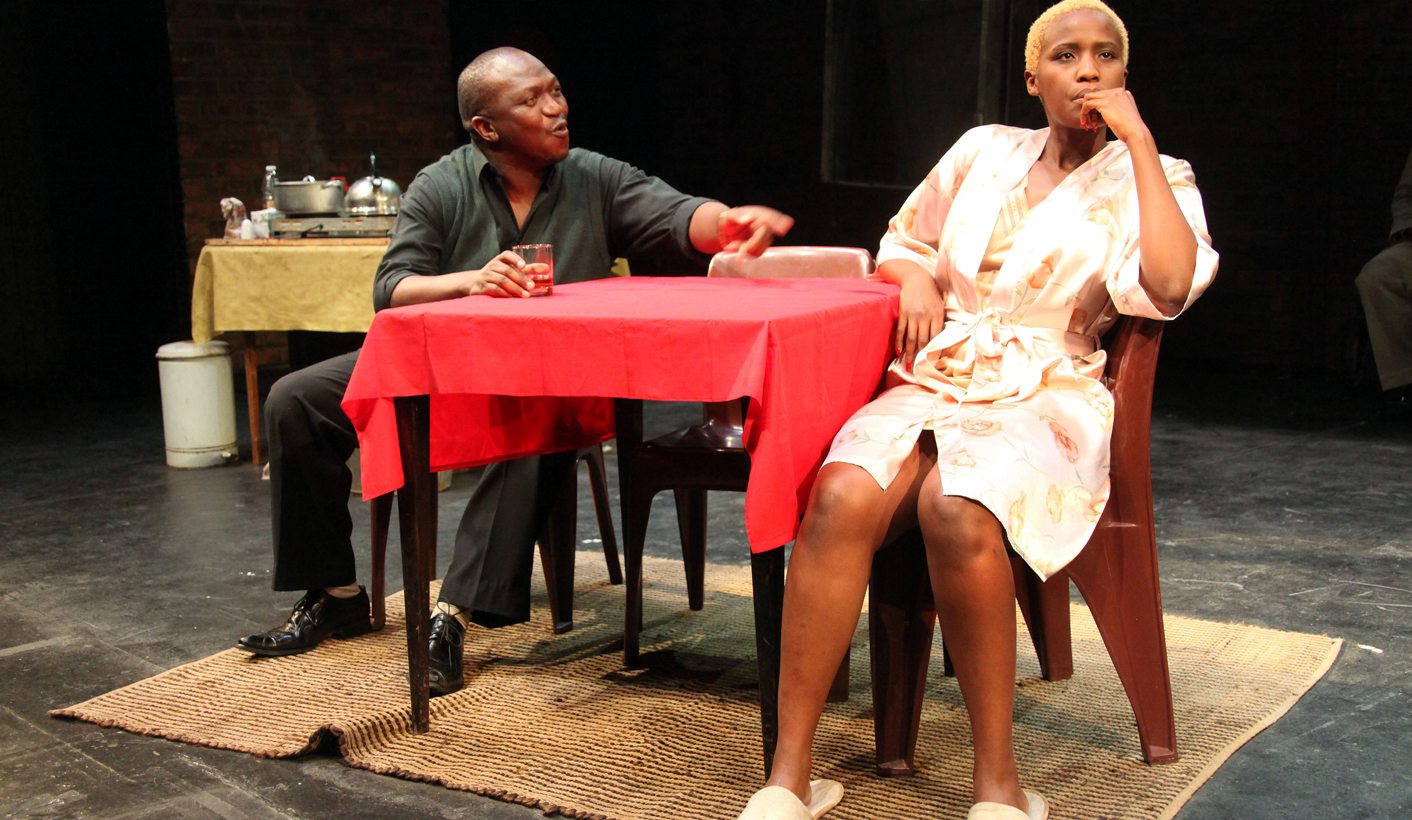 The world’s broken people feature in Nongogo, Fugard’s somewhat sobering yet entertaining play about a 1950s shebeen, in which society’s misfits drink to remember - and drink to forget. By LESLEY STONES.

In every bar and every shebeen you’ll find the broken characters of life. The misfits and the displaced, the hopeless and the loveless, trying to find solace or oblivion in the booze.

Those who profit from them are there too, often feeling no better about themselves than those they fleece.

That’s the setting for Nongogo, an Athol Fugard play set in a 1950’s shebeen but that hasn’t dated. Queenie’s shebeen is a magnet for malcontents, far from the joyful, musical versions many other plays have brought us.

Nongogo is a powerful and captivating piece rife with unfulfilled hopes and ambitions, friendship and dependence, dark secrets and jealousy.

Each of the five actors is enthralling to watch individually, and as an ensemble they deliver a delightful piece rich with flaring tempers, grim chuckles and wistful longings.

Queenie (Masasa Mbangeni) is a former hooker yearning to run a decent business and ashamed of the way she profits from the alcoholic patrons. Mbangeni plays her beautifully as tough but vulnerable, able to laugh when her heart is breaking. Her money smells of drunken men and dirty sheets, she says, as hard on herself as she is on others.

Her former pimp Sam (Fana Mokoena) still looks out for her, but in a way that allows no other person onto his territory. Mokoena is masterful and has the mix just right – a threatening presence lightened by intelligent banter and charm concealing a jealous and cunning brain. “What? I’m just joining in the conversation,” he asks innocently when he butts in to prevent a newcomer getting too close.

Tony Kgoroge does a delightful job as Johnny the travelling salesman, winning Queenie over with his hard-working attitude that somehow holds the promise of a way out.

Desmond Dube as the hunchback guardian is both menacing and amusing, his fierce loyalty giving him an appeal that his body denies him. The fifth character is the drunken Patrick (Hamilton Dlamini), but Fugard makes him more of a clown than a casualty, giving him several of the most amusing lines. Yet the jokes suddenly become sad when he declares that “they shouldn’t let us blacks have children because we can’t give them anything,” in a fleeting condemnation of a government crushing the people and their opportunities.

Even though the characters all carry heavy burdens, the tone throughout Nongogo is lighthearted overcast by patches of gloom, making it a highly enjoyable piece with the thought-provoking ideas seeping through rather than battering you head-on.

Set designer Nadya Cohen has the staples like doors and windows hanging from the ceiling, a quirky touch that allows the characters plenty of space and hints at the unsettled nature of their lives.

The deft hand of director James Ngcobo has woven a very textured piece that’s jovial yet deep, as events of the past prevent this collection of characters from achieving any brighter outcome in the future.

Nongogo runs at the Market Theatre until 3 November. DM