AU issues warning (but not parting) shots to the ICC

AU issues warning (but not parting) shots to the ICC 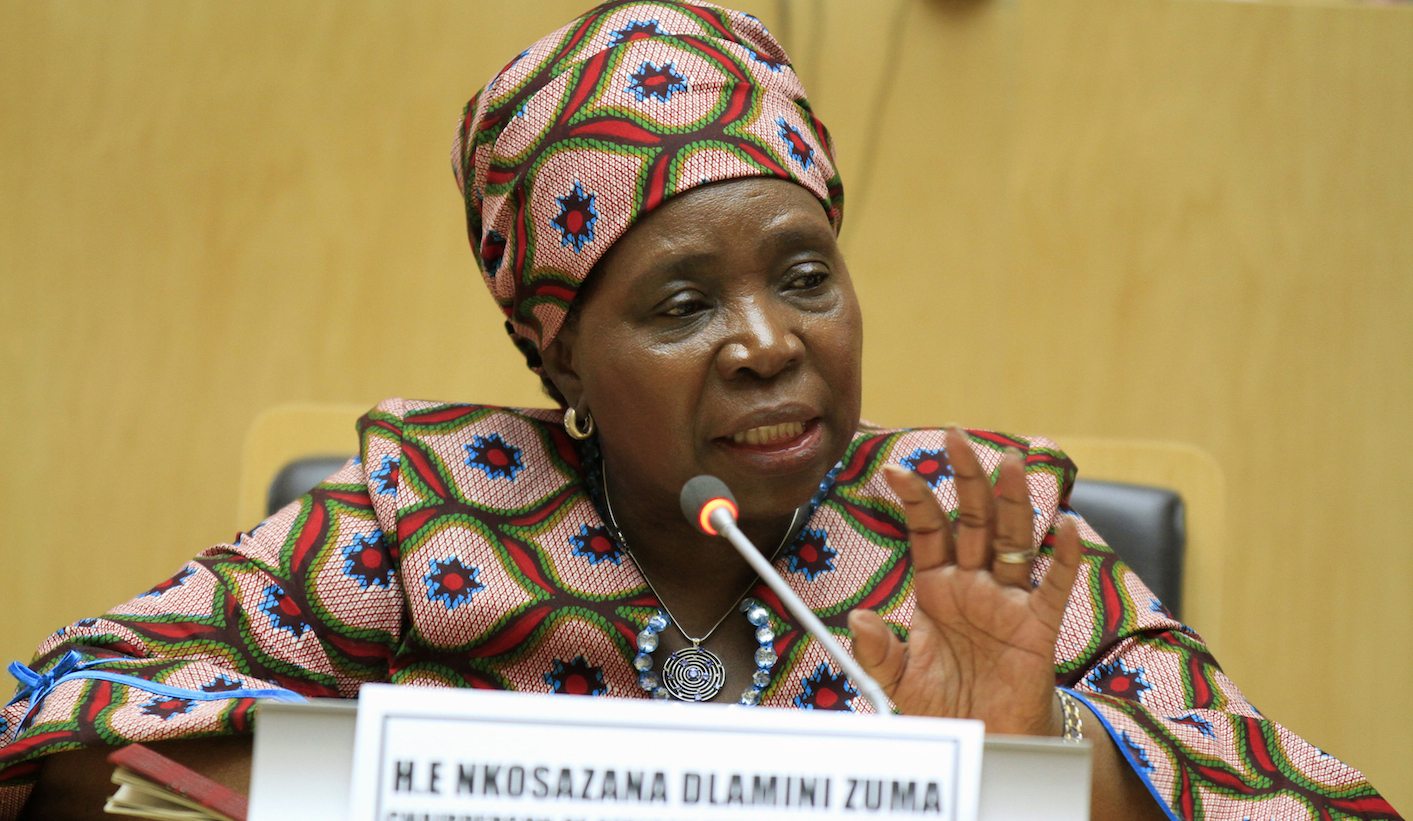 The much-anticipated Extraordinary Summit of the African Union ended without a mass withdrawal of African states from the International Criminal Court. However, the AU has decided that the Court cannot prosecute any sitting member of an African government. But even as the relationship between the AU and the ICC is reconfigured, the AU summit may actually have been a highly convoluted cry for attention to obtain a deferral of Kenyan cases against the Kenyan president and deputy president. By KHADIJA PATEL.

But even before the official deliberations began, Dlamini-Zuma stressed the significance of African states to the International Criminal Court (ICC).

“African states played an important role in the adoption of the Rome Statutes and the establishment of the ICC, in recognition of the importance of transitional justice in the promotion of peace and security,” she said.

While some 250 NGOs worldwide have fiercely lobbied African governments against the much-rumoured mass withdrawal from the ICC in recent weeks, the summit in Addis Ababa does not appear to have mustered much support for such a withdrawal.

Ethiopian Prime Minister, Hailemariam Desalegn Boshe, the current chairperson of the AU, said the spirit of discussions had “clearly reflected our [the AU’s] disappointment as far as Africa’s relationship with the ICC is concerned”.

The Executive Director of the Africa division of Human Rights Watch, Daniel Bekele, however takes a less favourable view of the AU summit. In a statement released on Sunday he described the agenda of the summit as deliberations on  “how to protect a handful of Africa’s most powerful people”.

And certainly the AU took a number of decisions that effectively reconfigure the relationship between African states and the ICC. The most crucial being was that sitting heads of state, or anybody acting or entitled to act in such a capacity, should have immunity from prosecution in The Hague.

The South African presidency put it like this: “To safeguard the constitutional order, stability and integrity of member states, no serving AU Head of State or Government or anybody acting or entitled to act in such a capacity, shall be required to appear before any international court or tribunal during their term of office.”

However, Bekele says the application for immunity from prosecution at the ICC for African leaders amounted to the AU “paying lip service to ending impunity”.

The two African leaders most affected by this decision to protect sitting heads of state from prosecution in The Hague are Sudanese President, Omar al-Bashir, who is accused of genocide, and Kenyan President, Uhuru Kenyatta, who is scheduled to stand trial for crimes against humanity at the ICC next month.

“The notion that sitting heads of state should have immunity for genocide, war crimes, and crimes against humanity is not just appallingly self-serving, it’s repugnant given the kind of disincentive it would create for anyone to leave power, as well as the incentive it creates for the unscrupulous to gain or maintain power at whatever cost – by murder, coup, or fraudulent elections, just to name a few,” Bakele says.

He says the decision taken by the AU this weekend indicates a skewed set of priorities among African leaders.

“The AU’s message from Addis is a profoundly disturbing message to Africans that their leaders’ biggest priority is not development, good governance, or respecting basic rights; it’s ensuring that the leaders themselves are insulated from justice, at whatever price.”

African leaders would of course disagree.

President Jacob Zuma’s office said AU leaders had “reiterated their commitment to fight impunity, promote human rights and democracy, as well as the rule of law and good governance on the continent”.

It is of course the cases involving the president and deputy president of Kenya that have precipitated the current focus of the ICC in AU ranks.

Thus, the summit also decided that Kenya should send a letter to the United Nations Security Council requesting a deferral of the case against Kenyatta and his deputy, William Ruto, in conformity with Article 16 of the Rome statute.

That particular Article allows the UN Security Council to pass a resolution to defer an ICC investigation or prosecution for a renewable period of 12 months.

Article 16 states: “No investigation or prosecution may be commenced or proceeded with under this Statute for a period of 12 months after the Security Council, in a resolution adopted under Chapter VII of the Charter of the United Nations, has requested the Court to that effect; that request may be renewed by the Council under the same conditions.”

Chapter VII of the UN Charter empowers the Security Council to take measures to “maintain or restore international peace and security” if it has determined “the existence of any threat to the peace, breach of peace or act of aggression.”

Analysts however say Article 16 has inadvertently become a loophole of the Rome Statute – it was only ever intended to be used in exceptional circumstances.

According to the South African presidency, a letter to the Security Council citing Article 16 would be endorsed by all African States who are party to the Rome Statute.

And while the weekend Summit also decided “to endorse the AU process of expanding the mandate of the African Court of Justice and Human Rights (AfCHPR) to try international crimes such as genocide, crimes against humanity and war crimes” and also to expand the Rome Statue to give credence to such a court.

Rumours of a mass withdrawal from the ICC first emerged from an unnamed Kenyan politician quoted by Reuters. Since then, NGOs, journalists and researchers have all been trying to work out who exactly, shepherded by Kenya, would be withdrawing from the Court.

And certainly this attention has not gone unmissed by AU leaders.

“As you have been following on the media, our Extraordinary Summit has drawn enormous attention. Even before we held our meeting here today, the fact that we have demonstrated our firm commitment to address the issue of Africa’s relations with the ICC has no doubt sent a strong signal to the international community.

“We are indeed very serious about this issue and would like our concerns to be hears loud and clear,” the Ethiopian Prime Minister said.

So, what the AU has actually done is issued an ultimatum to the international community: Get the Kenyan cases deferred at the ICC while we get our own courts in order, or else. But is anyone brave enough to call a bluff? DM