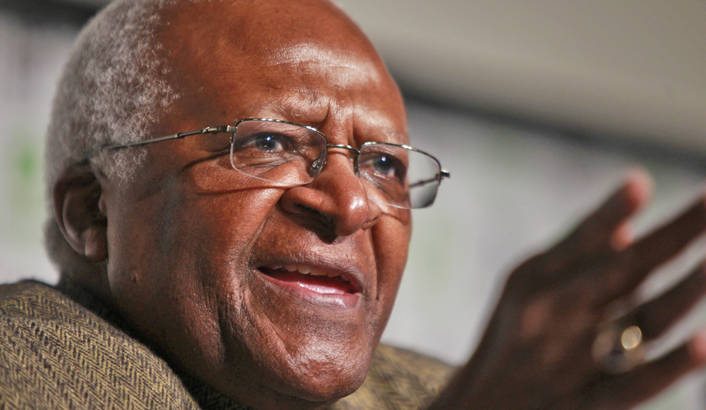 TUTU CALLS FOR AFRICAN LEADERS TO STAY WITH ICC

Archbishop Emeritus Desmond Tutu is fronting a campaign by international activist organisation, Avaaz, calling for African leaders to support the International Criminal Court (ICC). The campaign aims to get one million signatures before this weekend’s meeting in Addis Ababa where leaders will discuss the issue. Tutu said the fight for justice has been “a long and arduous one”. “I have seen great gains made that protect the weak from the strong and give us all hope. But in just two days time, African leaders could kill off a great institution, leaving the world a more dangerous place,” he said in his appeal. Tutu said the leaders of Kenya and Sudan, “who have inflicted terror and fear across their countries, are trying to drag Africa out of the ICC, allowing them the freedom to kill, rape, and inspire hatred without consequences”. He called on voices of reason to speak out against such a move.

Cell C has lodged a complaint with the Competition Commission in which it accuses mobile operators, MTN and Vodacom, for anti-competitive conduct. Cell C CEO Alan Knott-Craig said in a statement complaint related to the rates MTN and Vodacom charge their own customers for calling users of other networks. MTN and Vodacom offer discounts when customers call subscribers on the same network, but charge a premium for calls to other networks, Cell C CEO Alan Knott-Craig said in a statement. “This amounts to discriminatory pricing and is without a doubt anti-competitive when adopted by dominant operators,” he said. “Customers that call off-net are being penalised often without them realising it.”

PHOSA: ANC HAS FAILED TO DEAL WITH CORRUPT POLITICIANS

Former ANC treasurer Mathews Phosa says the party has failed to deal decisively with its politicians facing corruption charges, and that this is leading to restlessness and disenchantment at the pace of transformation. Speaking at the annual Ahmed Kathrada lecture in Johannesburg, Phosa said while progress had been made, the cancers of corruption and non-service delivery were at the heart of the discontent in the country today. He added that the ANC could no longer “blame the past, apartheid, race and other external factors” for the slow pace of service delivery, The Star reported. “We’re a deeply unequal society. What it suggests is a case of development gone awry.”

Sacked National Youth Development Agency CEO, Steven Ngubeni, says the decision it board to fire him is a “miscarriage of justice”. Earlier, NYDA spokesman Siyabonga Magadla said the board of the NYDA found Ngubeni guilty of financial misconduct “in relation to the seven charges tabled before him at an independent disciplinary enquiry”.  But Ngubeni told reporters at a media briefing allegations of bribery and corruption against him were y baseless and claimed he was charged only with making decisions beyond his authority, Sapa reported. “The NYDA board, in an act of desperation and impatience, took a strange, unilateral, unlawful and unfair decision to terminate my services.”

The Congress of South African Trade Unions and the Democratic Alliance have both vowed to continue fighting e-tolls despite a decision by the Supreme Court of Appeal that it would not stop tolling on seven Gauteng highways. Judge Fritz Brand said the clock could not be “turned back to when the toll roads were declared, and I think it would be contrary to the interest of justice to attempt to do so”. Cosatu spokesman Patrick Craven said the decision would “make no difference to Cosatu’s unwavering campaign against this attempt to privatise our public highways”. And DA national spokesman, Mmusi Maimane, said the e-toll fight would go to the ballot box and was in the hands of Gauteng’s voters. He said the DA had contributed R1 million to OUTA’s court action “because we believed it was important to contest the principle of e-tolling”. Now the party’s lawyers were “exploring all options available to us should we win Gauteng in the 2014 elections”.

DO WHAT YOU’RE PAID TO DO, ODAC TELLS PARLIAMENT

The Open Democracy Advice Centre (Odac) says parliament should pull their socks up, and pass a constitutional version of the ‘secrecy bill’ as that’s what they are paid to do. The centre’s Alison Tilley said the committee dealing with the Protection of State Information Bill, or ‘secrecy bill’, after President Jacob Zuma sent it back to parliament for being unconstitutional, should do more than fix the typos. “From the Minister haranguing members of Parliament, to constant deadlines which can’t be met, this process has not exactly been a model for the passage of a Bill,” Tilley said. Parliament will meet over the next two days to consider the secrecy bill.

MOTSHEKGA: RAMPHELE ‘LOOKING FOR A HOBBY’

Basic education minister Angie Motshekga says Dr Mamphela Ramphele was just “looking for a hobby” when she formed Agang SA, her political party. Motshekga was reacting to Ramphele’s comments that education was better under apartheid than it is now, the Mail&Guardian reported. Motshekga told the newspaper that now that Ramphele went out to make money and now that she’d made it, was  “looking for a hobby and she’s going to say anything without thinking about it”. Motshekga said the government had done a lot for education that she was proud of, but also said “we still have a lot to do”.

DTI’S ADAVIES IN TALKS WITH BMW

Trade and industry minister Rob Davies says BMW will not stop production in South Africa, despite the German car manufacturer cancelling a large contract to build a now model car in the country, Sapa reported. Davies said he was meeting company representatives and that in a letter, they had told them the “possibility of competing for an additional model was jeopardised by the recent strike”. Earlier, BMW said a long-running strike in the automotive sector had scotched a plan to expand production in South Africa. It said strike action affected South Africa’s reputation as a reliable partner for export. Davies said government was communicating with BMW, particularly to improve the investment climate in South Africa. DM