Analysis: E-tolls and the matter of governing without consent 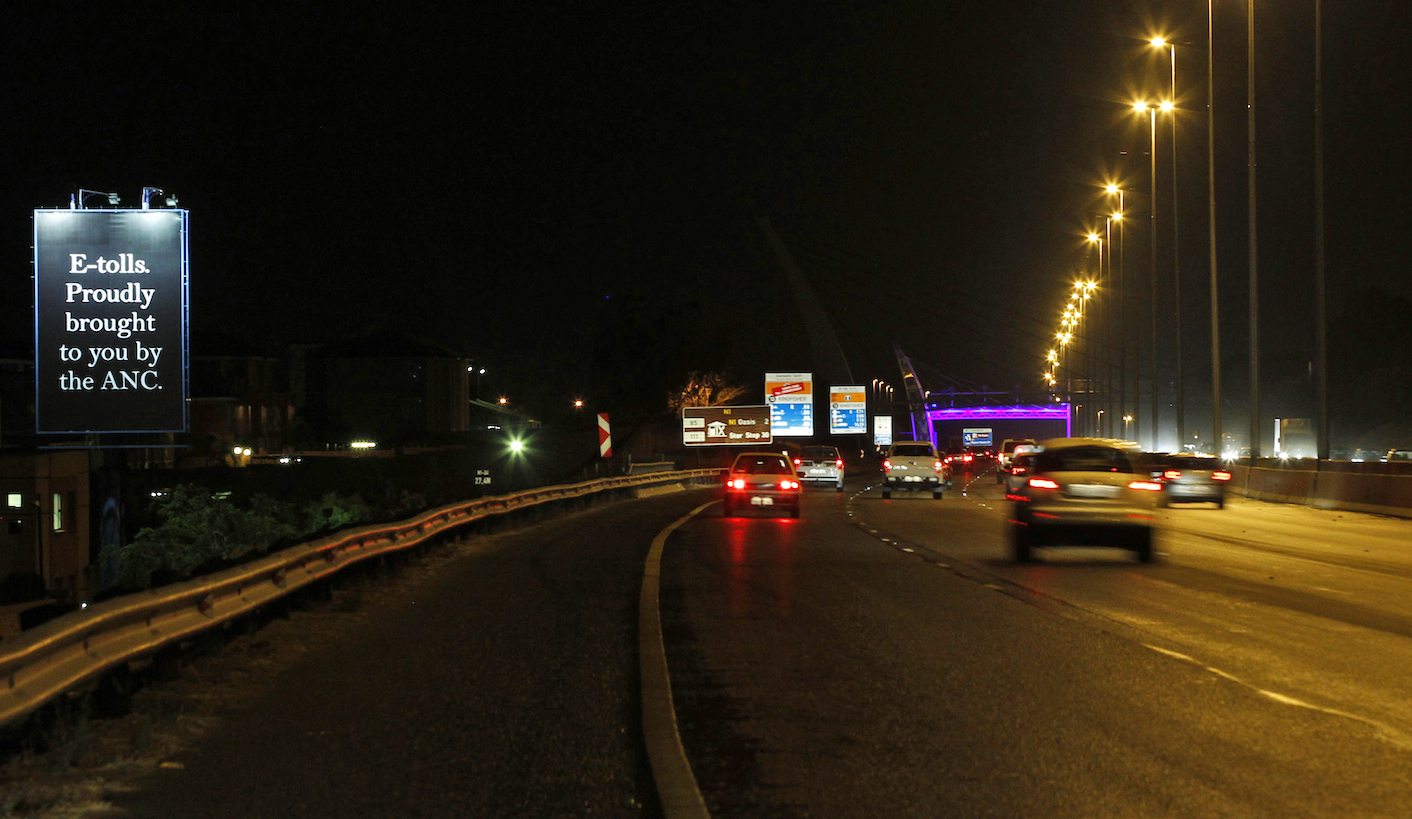 There is a deep moral (and perhaps even theological) debate to be had here. It goes back to Locke and Hobbes’ Leviathan, and even the basic definition of politics. Of course, being South Africa, we’re not going to delve that deeply. This is the 21st century, after all, where our memories are 140 characters long. Instead, we’re going to have to examine what consent really means in this country, and how it is all, of course, about our history, and your place in it.

Barney Mthombothi is a subtle, thoughtful guy. He has the type of mind we miss in our journalism, someone who actually thinks about things, and is able to leave his identity behind when he makes his judgments.

To Luthuli House that may just make him a “clever black” who speaks out against President Jacob Zuma. But his first reaction to the e-tolls ruling was to question whether it was moral to obey laws you disagree with. And he used what is, of course, the obvious South African example, pointing out the fact that Apartheid was once the law.

This poses different questions, depending on who you are. If you are black, then Apartheid was not really the law, it was a system designed to oppress you. If you are white, Apartheid was evil, but the argument that you must obey the law is a useful salve for a guilty conscience.

In a way, whether or not you buy an e-tag may well depend on whether you accept the ANC is in fact government, and the law of the country.

All nation states hang together by the level of consent there is to be governed. In other words, whether or not people obey the laws of that state. In most democracies, people, by and large, give their consent to the laws that are passed, even if they don’t agree with them. Intelligent Brits can have different views on whether the speed limit should be 35 miles an hour or 45. But just about all of them respect the laws, and give their consent to agree with it. The same holds true in most other places.

In North Korea, where the people have never been asked anything, consent is simply forced. Obey, or we will kill you, your kids, and your grandkids.

Here, we have a different situation. Law-breaking is almost habitual in some places, but cuts across all classes. Particularly on the roads. Taxis drive into oncoming traffic, and Fourways SUVs use the emergency lane.

However, this type of disobedience is for different reasons.

Fourways Umlungus may have a less than full respect for the black police officer who tries to pull them over, while also having a lack of respect for the entire criminal justice system. It’s hard to argue that none of this is because of race. We’ve all seen the way your average middle-aged white male will react when fined R1,000 by a younger black female police officer.

Some of this internal rage or angst is going to be channelled into e-tolls. There are people who think they are above the law, simply because black people, and the ANC, made the law. In their minds, Mthombothi’s comment may well legitimise their argument. Not that that was his intention at all.

Taxi drivers are different. They don’t respect anyone. Fourways Umlungus are Umlungus, and the police are the enemy. This actually goes much deeper into our South African psyche than you may think.

Many years ago, back when Jacob Zuma was still Deputy President of the ANC, but while still taking relief from his duties as Deputy President, he had one of those routine appearances in the Pietermaritzburg High Court. Zwelinzima Vavi spoke as one of Zuma’s main supporters (this was a looong time ago….). He revved up the crowd, talking about the media, and how evil we were, and how it was because of us that their champion was being persecuted.

When Vavi finished, I realised I was the only member of the Fourth Estate still outside the court’s security. It was not a comfortable moment. But Kgalema Motlanthe (as Secretary General of the ANC) saw me, and agreed to do an interview.

As he took me by the shirtsleeve, and escorted me back to the comfort of the police, he explained, into my microphone, that in this country, because of Apartheid, one of the duties placed on the ANC, was to teach people, from scratch, to obey, and respect, the law. Because there had been no reason for them to do this up until this point.

Now, throw into the e-tolls mix the fact there has been a long, and fairly public campaign against it, and you have a perfect recipe for what you might call a disaster of compliance. The involvement of Cosatu, or part of it, in this campaign goes even further to legitimise this, as the worker can claim it’s a worker struggle, and the Fourways Umlungu can claim Cosatu agrees with him. And so he is doing it for the worker.

Building a common South African consent to being governed is always going to be complicated. All things considered, the organisation with the most legitimacy to govern South Africa is the ANC. It has the history, and more importantly, it has the mandate, and will most likely be given that mandate again next year.

But when it lets mistakes like this happen, when it appears to remove the permission from those who have to give consent by pushing on with e-tolls without proper consultation, then the entire nation itself becomes weaker. The will of the governed to consent, no matter who is in charge, is weakened. And no matter who is left holding the basket, it takes time to regain that consent.

Still, it can be regained. Through ensuring that people see the link between their taxes and the traffic lights working, through seeing the benefits of obeying the law, of giving their consent. But every single corruption scandal, every Nkandla, every R50,000 KFC bill, every police spin-doctor who runs a brothel makes it that much harder.

And when people finally refuse to give their consent, what you end up with is a complete failure of the rule of law. And then the nation as a state simply ceases to be. DM

Photo: Cars drive past a sign about road tolls along the road from Johannesburg to Pretoria October 7, 2013. South Africa’s main political parties have clashed over unpopular road tolls that analysts say could boost the chance of an election upset in the country’s economic hub against the ruling African National Congress (ANC).The main opposition Democratic Alliance (DA) has erected huge banners on the road from Johannesburg to Pretoria with the slogan: “E-tolls. Proudly brought to you by the ANC” – seizing on the charges particularly hated by middle class voters.   REUTERS/Siphiwe Sibeko