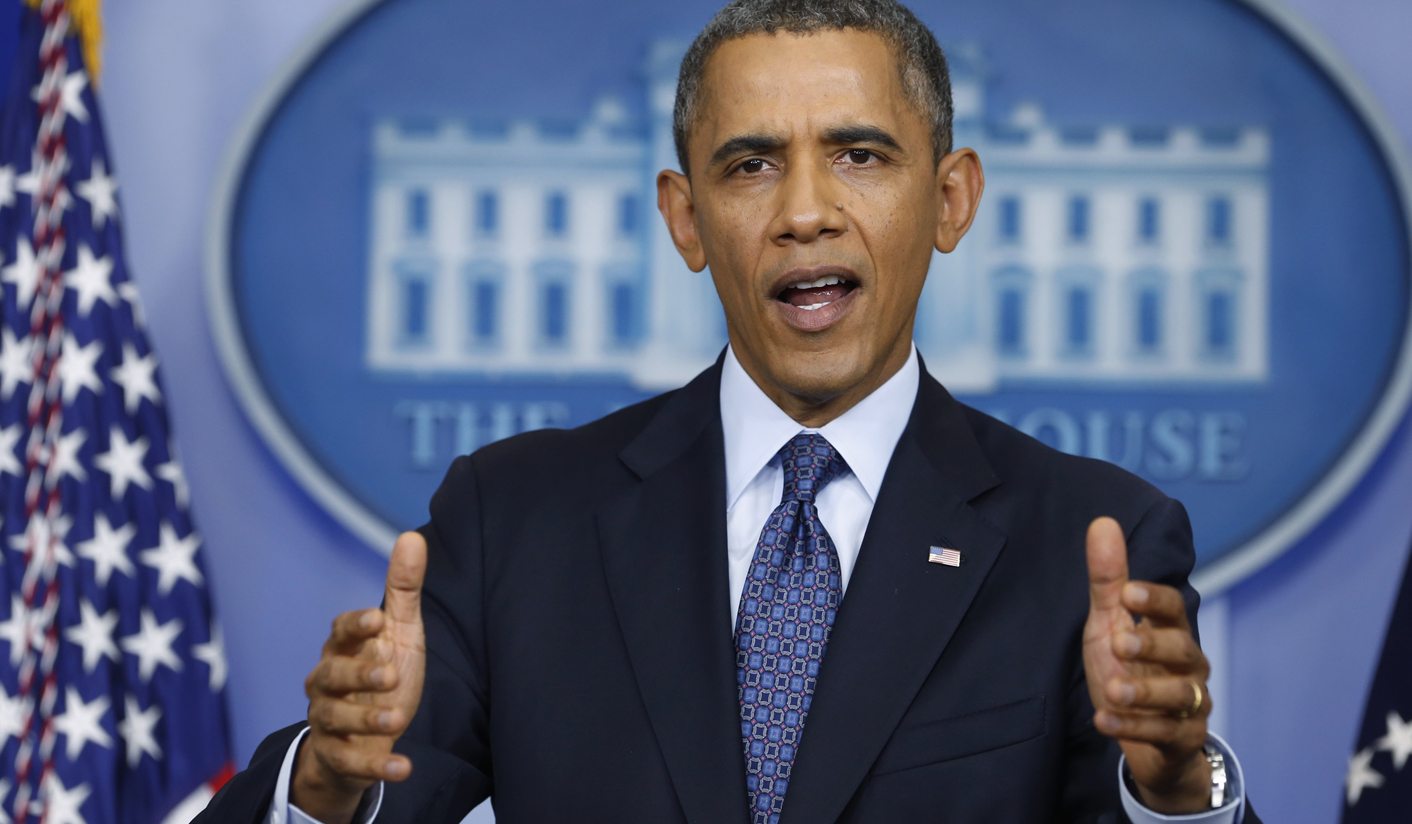 President Barack Obama on Tuesday staunchly defended his decision to order commando raids in Libya and Somalia last weekend, saying the United States would keep targeting al Qaeda-linked groups in Africa but had no intention of going to war there. By Matt Spetalnick and Patricia Zengerle.

Speaking at a news conference, Obama said the United States was justified in seizing a senior al Qaeda figure in Tripoli and whisking him out of the country, and he made clear that it likely would not be the last operation of its kind.

“Where you’ve got active plots and active networks, we’re going to go after them,” Obama said. “We’re not going to farm out our defense.”

Nazih al-Ragye, better known by the cover name Abu Anas al-Liby, is being held aboard a U.S. Navy ship in the Mediterranean Sea where he was questioned by an elite American interrogation team.

Three Republican U.S. senators said on Tuesday that Liby – a suspect in the 1998 bombings of U.S. embassies in Kenya and Tanzania that killed 224 civilians – should be brought to the U.S. detention center at Guantanamo Bay, Cuba. But the Obama administration was not likely to transfer him there.

One U.S. official said Liby might face prosecution in a federal court in New York, where he is under criminal indictment.

Obama said Liby had killed “a whole lot of Americans” and that the U.S. government had strong evidence against him and he would be “brought to justice.” But he offered no details on how the case would be handled.

The capture of Liby and a failed attempt by U.S. commandos to capture an Islamist militant in Somalia offered evidence the United States was willing to use ground troops to seize wanted militants in unstable African countries where they operate.

But analysts said it was too early to tell whether such operations might eventually mean a diminished focus on the armed drone strikes central to Obama’s counterterrorism policy in places like Afghanistan, Pakistan and Yemen.

In a speech in May, Obama said he wanted to pull the United States back from some of the most controversial aspects of the global fight against Islamist militants as U.S. forces gradually withdrew after more than a decade of war in Afghanistan.

But he made clear on Tuesday that U.S. forces would keep up targeted strikes in Africa against al Qaeda affiliates and allies that may not be able to attack beyond their borders but “can do a lot of damage inside their borders.”

In cases where local governments lack the capacity to fight these groups, he said, “We’re going to have to continue to go after them.”

Libyan Prime Minister Ali Zeidan said earlier on Tuesday that Libyans accused of crimes should be tried at home, but that the raid would not harm ties with Washington.

U.S. Senators Lindsey Graham, Kelly Ayotte and Saxby Chambliss said they hoped to urge Obama, via a congressional resolution or an amendment to an upcoming defense authorization bill, to adopt a policy for long-term detention and interrogation of terrorism suspects.

At a news conference, the Republican senators praised Obama for seizing Liby, now being held aboard the USS San Antonio, an amphibious transport dock ship.

But they disagreed with what they said was the administration’s decision to keep him on a ship to be interrogated for 60 days, adding that was not long enough to gather information.

The call to bring Liby to Guantanamo comes as Obama pushes to close the detention center, where hundreds of suspects have been held for years without trial.

Concerned about the circumstances of his capture, New York-based Human Rights Watch urged the United States to ensure Liby was “promptly charged before a judge and given access to a lawyer in accordance with international human rights law.”

The capture in Tripoli came the same weekend that a Navy SEAL team swooped into Somalia in an operation targeting a senior al Shabaab figure known as Ikrima, described by U.S. officials as a foreign commander for the organization.

Obama, who ordered the SEAL raid that killed Osama bin Laden in Pakistan in 2011, approved both operations, but the White House said the timing was “coincidental.”

The Somalia raid was designed to capture Ikrima, but the SEAL team broke off the mission when it became apparent that capturing him would not be feasible without a heavy risk of civilian casualties and to the SEAL team itself, officials said.

“The fact is it was a failure,” said Republican Senator John McCain, a frequent critic of Obama’s national security policy. “The fact is that there was an intelligence failure there. Otherwise the mission would have been completed.”

Ikrima, whose real name is Abdikadar Mohamed Abdikadar, was linked with now-dead al Qaeda operatives Harun Fazul and Saleh Nabhan, who had roles in the 1998 embassy bombing in Nairobi and in the 2002 attacks on a hotel and airline in Mombasa, Kenya, U.S. officials said. DM