Lampedusa tragedy: We were all African refugees once 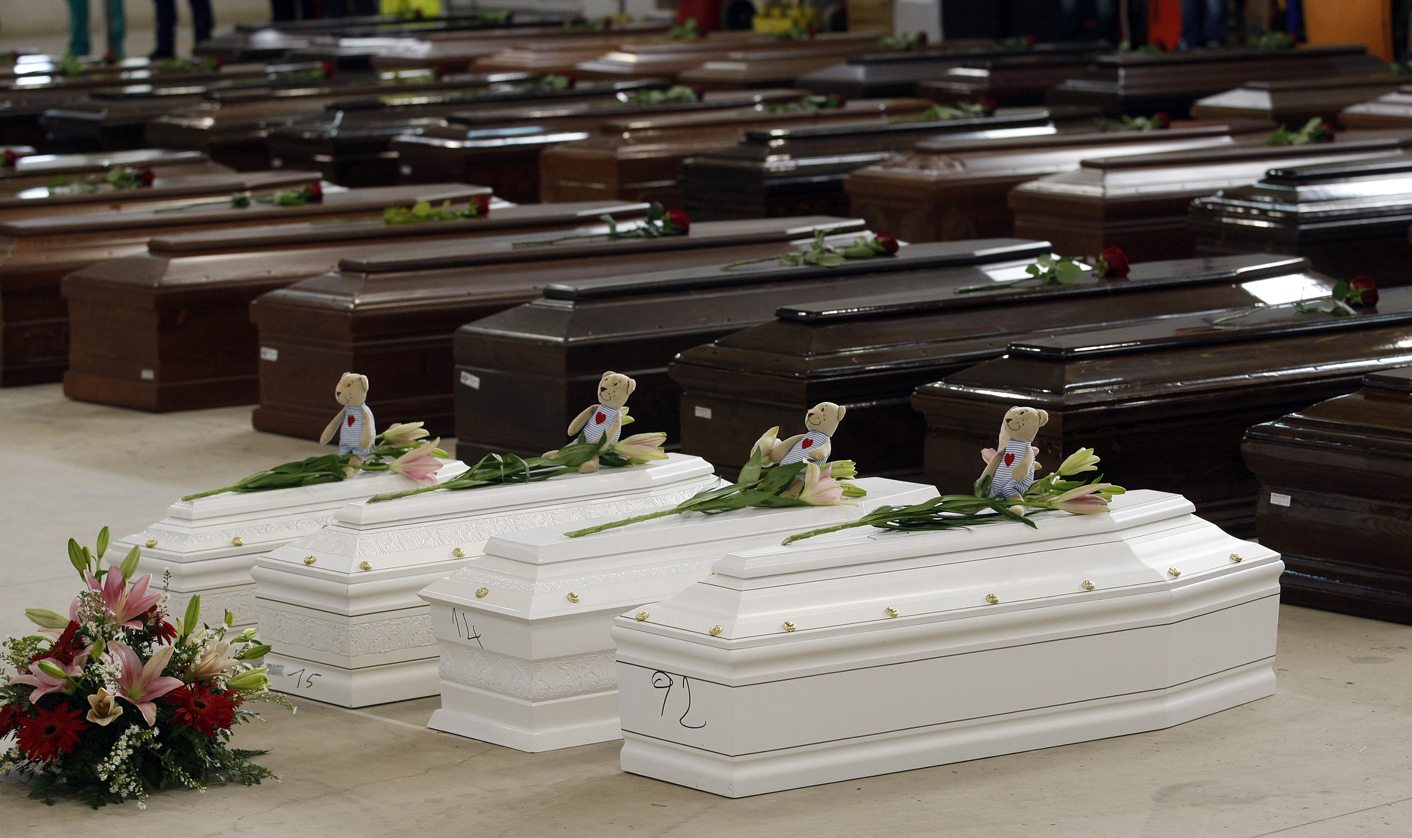 At great risk, Africans continue to flee their native continent, looking for a better life somewhere else. It’s not a new phenomenon, but that doesn’t make it any more disturbing. In the wake of yet another Lampedusa tragedy – this time claiming upwards of 300 lives – SIMON ALLISON wonders what our leaders are doing to drive people away.

Africans have been leaving Africa for a very long time. If palaeontologists have read the bones right, we were all Africans once. This is where humanity took its first, tentative steps, and it’s from here that the rest of the world was slowly tamed.

Asians, Australasians, Europeans, North Americans, South Americans – whoever your ancestors are, once upon a time, they fled this continent, searching for a better life. They were African refugees.

In the many millennia that have passed since then, not much has changed. Its 2013, and there are still plenty of Africans desperate to leave their native continent behind, braving all kinds of physical, emotional and financial dangers to do so. These men, women and children choose to risk their lives for a chance to live somewhere else, anywhere else.

The risk is all too real, as last week’s Lampedusa tragedy underscored yet again. For the more than 500 Africans attempting the journey from the North African coast to the Italian island of Lampedusa, squashed onto a rickety, hopelessly inadequate 20 metre-long boat, their dreams of the Promised Land turned to apocalyptic scenes of wild flame, crashing waves and a sea of dead bodies.

A total of 155 people made it onto shore. Some 181 corpses have been recovered by divers. As for the rest, they’re tangled in the sunken boat’s hold in what divers described as a “wall of bodies”.

“Some we have found with their arms outstretched. We try not to notice this kind of thing too much, otherwise the task is too difficult,” said police diver Riccardo Nobile, before offering this haunting image: “We can see a woman’s hair floating out of a broken porthole. But we haven’t been able to get to her.”

For the ones that made it, the reward seems out of all proportion with the effort. Authorities are already investigating the survivors for the crime of “clandestine immigration”, which carries with it a 5,000-euro (R67,800) fine . There is little doubt that they are guilty, as are the estimated 30,100 other Africans who have tried to enter Italy by sea in 2013.

Some small, scant consolation, however: in the wake of the tragedy, Italy has done a little soul-searching, pledging to build more refugee camps and lobbying to widen the European Union’s policy on accepting refugees, so that refugees who land in Italy can be resettled in other EU countries too. There’s an element of self-interest in this, sure, but it will give African refugees more options, which can’t be a bad thing. In addition,  the EU has proposed a new naval force to rescue stricken migrant boats.

As Africans, however, the real questions need to be asked closer to home. And yet, from the august corridors of our pre-eminent continental institution, there has been an overwhelming silence. While African Union spokesmen have been busy sending out hollow, platitudinous press releases, they have ignored the issue of why so many Africans feel the need to escape their continent.

As BusinessDay observed in a scathing editorial: “Yet five days after the latest trauma, the African Union still has got nothing to say — not even a word of condolence. The top item on its website is a workshop on land policy. How can this be? Is it because the reasons for which many young Africans are so desperate to leave some countries — the lack of jobs, opportunity and freedom — demand a deep and painfully honest reflection by our societies and our leaders?”

African leaders, as a rule, don’t have a great record when it comes to painfully honest reflection, especially those presiding over the countries from which people are most desperate to flee. This resistance to change, coupled with their leaders’ inability to govern, is why so many want to leave places like the Democratic Republic of Congo, Eritrea and Somalia.

Most of the refugees who were on the boat to Lampedusa were from Eritrea and Somalia, both countries with horrendous governance records. According to the Ibrahim Index of African Governance, Somalia is the worst-governed country in Africa, while Eritrea is the fourth-worst; both governments are unable or unwilling to provide their citizens with basic functions such as rule of law or access to education and medical care.

At least Somalia makes no pretences – propped up, barely, by an African military force, its government knows the scale of the task ahead of it. But Eritrea’s vigorous propaganda unit continues to deny that there’s any problems whatsoever, painting a picture of a land of peace and prosperity which is completely at odds with the incessant flood of Eritreans looking to get out (including, memorably, the entire national football team, who defected en masse in Uganda in December last year). Analysts, diplomats and politicians can argue as much as they like about the effectiveness of the Eritrean state, but the refugee trail is a powerful indictment of Isaias Afwerki’s regime.

The tens of thousands of refugees fleeing Africa every year tell a similar story. This may be the ‘Africa Rising’ era, and the continent has certainly made important economic and developmental strides over the last decade; but as long as Africans still feel the need to risk their lives to escape the continent, we know we’ve still got a long way to go. DM

Photo: Coffins (in white) of children are seen alongside coffins of other victims from a shipwreck off Sicily, in a hangar of the Lampedusa airport October 5, 2013. REUTERS/Antonio Parrinello