In touch with Pieter Hugo’s ‘Kin’

In touch with Pieter Hugo’s ‘Kin’ 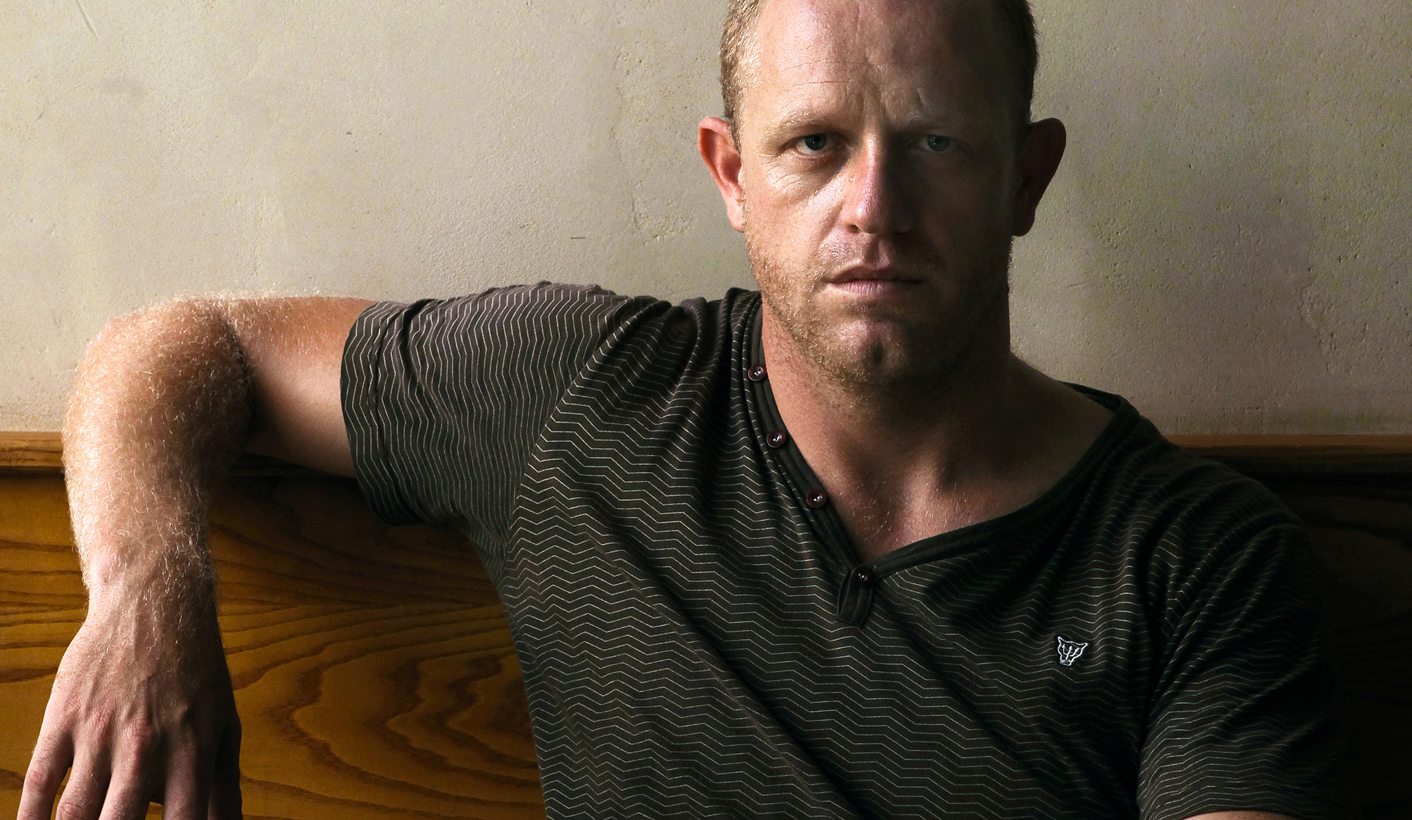 Hugo sits with a double Klipdrift and Coke in Kitcheners, the Johannesburg bar named after the colonial administrator and field marshal. He’s wearing a blue suit with a white t-shirt. The photographer, whose series The Hyena and Other Men ranked him amongst the best and won a 2006 World Press Photo award, is tense. He scans the bar and swirls the ice around his glass.

In two hours, Hugo’s exhibition, Kin, will premier in South Africa after it launched in New York in September. It’s the best work he’s done and the most emotionally invested Hugo has been in a project, he says. “That’s why I’m drinking a double brandy and Coke; I’m so nervous.”

Hugo is famous for his striking portraits of those on the margins of African society. T. J. Demos, writing on a retrospective of Hugo’s work, noted Hugo’s subjects: groups of people defined by their work, space or physical condition, including honey collectors, those with albinism, residents of Musina, recyclers in Ghana, those on the edge of Nollywood, and Nigerians who use hyenas for sideshows.

“Hugo’s disparate imagery visualises the post-colony as diverse zones of non-unifiable heterogeneity,” says Demos. It “challenges viewers to position themselves in relation to the postcolony, and to consider our own place in the production of its ruinous breakdown and upheavals, its unstable and shifting realities, and, with hope, its creative renewal,” he adds.

Kin was six years in the making. Four years were devoted exclusively to the collection and it’s the first time Hugo has dedicated an exhibition exclusively to South Africa. The project started when his wife was pregnant with their first child. “I’d spent the last 15 years travelling for work and I felt it was time for a shift, something was going to change,” he says. “I wanted to do something closer to home.”

The pregnancy raised questions about his relationship to his home – Hugo, born in 1976, was born in Johannesburg and raised in Cape Town. He is quoted in the Stevenson gallery’s write-up on Kin: “How does one live in this society? How does one take responsibility for history, and to what extent should one try? How do you raise a family in such a conflicted society? Before getting married and having children, these questions did not trouble me; now, they are more confusing.”

Before we go for a drink, Hugo invites me into the gallery. Some of the images are of people and places he knows. There’s a portrait of the woman who worked as a maid for his family. A self-portrait features Hugo, his tattoos exposed, lying naked in an austere room cradling his newborn baby. Others show aspects of South African life, things you connect with but may not notice. A woman stands in a field holding a bag of oranges. Boys back from initiation school sit closely on a couch, a calendar and plastic bag hanging on the wall above them. A beggar in rags pleads at the traffic lights. The images show diversity, despair, struggle and beauty. They look at history and modernity. Crucially, they follow a narrative that traverses South Africa’s own story, or aspects of multiple stories, that you might recognise in your own experience.

“This is really an engagement with my South African experience and my South African experience is one that is very mixed,” says Hugo. “There are elements of it that are very positive and there are elements of it that are absolutely deplorable. This work is not just a celebration. There’s a lot of judgement in there. I don’t think it’s something you can metabolise quickly. It’s not a one-liner.” Hugo checks his phone for a Latin quote a friend told him. It translates to “No one is a prophet in their own country.”

“I’m not a politician. I’m not a social activist. I am resident of this place who has a strong desire to look at the place I’m living in,” says Hugo before pushing the recorder to the side, wanting a conversation instead of an interview.

His relationship with South Africa is fraught and many of the questions around the country seem to arise around the lingering question of belonging, what’s best for his family, and the choice to stay or emigrate. “I’m not an Afro-pessimist. I’m living here; I’m committed to being here but that doesn’t mean that everything is fucking fine. We have huge problems here. We have a collapse of morality. It’s a major issue. It’s not even a collapse. It’s disintegration, a rot. It’s a major problem. It needs to be addressed,” he says.

That’s just one of the problems South Africa faces. Hugo’s images and the conversation swirl around the legacy of colonialism and Apartheid and the lives that carry on and live in the complex, fractured, existence history – whichever version you believe – has created.

They explore his insecurities as a South African. It was obviously important, a huge commitment of time and money. “A big part of this for me is how much do you owe to history and how much do you take responsibility for history. I don’t think there is a clear benchmark that you can apply to everyone. I think it’s a personal resolution that you have to come to.”

The series ended with the birth of his second child. The last image Hugo made for the exhibition was of his pregnant wife a week before birth. He found his own resolution. “We are here,” he says. “The roots are going deeper.” DM

Kin will feature at Stevenson in Johannesburg until 8 November and at Stevenson in Cape Town from 17 October to 23 November. A book of the work will be published by Aperture in 2014.