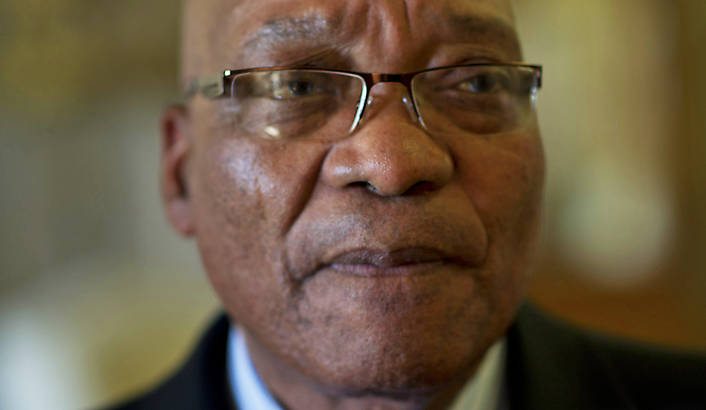 The National Union of Metalworkers of South Africa (Numsa) says it has reached a deal to end a four-week strike in the auto components sector that has crippled production. Workers will return to factory floors on Monday, Reuters reported. Union officials told a news conference that workers would receive a 10% pay increase in the first year of the accord and wage hikes of 8% in the second and third years covered by the agreement. “The strike was very hard for us,” Irvin Jim, the general secretary of Numsa told the news conference. A four-week strike by more than 30,000 workers at major auto makers including BMW, Ford, Nissan and General Motors ended last month and cost the industry $2 billion in lost output.

SEVEN HELICOPTERS SCHEDULED TO TAKE GUPTA GUESTS TO NUMBER ONE

A report by a military tribunal set up to investigate allegations that South African Air Force officers were responsible for allowing a private jet to land at Waterkloof Air Force Base says seven helicopters were also allowed to fly guests from the base to meet “number one” in Pilansberg. Earlier last week, Lieutenant Colonel Christine Anderson confirmed in a sworn affidavit ‘number one’ was President Jacob Zuma. City Press reported an email from Brigadier General Les Lombard, the air force command post commanding officer, to air force chief Lieutenant-Gen Fabian Msimang revealed that Lombard requested guidance on whether “further flights by civilian helicopter from AFB Waterkloof to Pilanesberg, where the delegation is to meet No 1, was approved based on initial interactions” with then state protocol chief Bruce Koloane”.

The Financial Services Board (FSB) has confirmed that it has handed a report on what it calls “unusual and suspicious transactions and payments” made by Cosatu’s investment arm to authorities. The Sunday Times reported Kopano ke Matla had looted millions of rands from one the labour organisation’s employee provident funds, Bosele. One of Kopano ke Matla companies, Kopano Employee Benefits (KEB), has also been stripped of its licence to administer pension funds. The FSB said in its report that Cosatu leadership had been told of the actions of its investment fund managers three years ago, but chose to sanction a R2 million settlement so as to keep it quiet.

Fikile Mbalula says he did not put pressure on police to arrest former National Youth Development Agency chairman Andile Lungisa. Lungisa, his wife Ursula Sali and two others are accused of sharing R2.5 million paid to them by the arts and culture department for R Kelly to perform at the recent Mandela Day Sports Concert. The US star failed to appear. In a statement, the sports minister said he was “dismayed” by Lungisa’s “unprovoked attack” on him. DA arts spokesman Niekie van den Berg said the party welcomed the Hawks’ “quick action in this regard and trust that other public figures implicated in defrauding the public purse will also be arrested”. The Hawks said Lungisa was arrested for allegedly lying that he had secured the performance of R Kelly.  Kelly’s management denied the singer had been approached to perform.

MAN OUT ON BAIL SENTENCED TO LIFE FOR 12 MORE RAPES

A man out on bail for rape has been sentenced to life imprisonment by the Mankweng Regional Court for raping another 11 women – all students at the University of Limpopo – and a 14-year-old. Limpopo police spokesman Brigadier Hangwani Mulaudzi told Sapa Zacharia Mogale Selowa was given seven life sentences and 130 years for 12 counts of rape, five counts of robbery, and one of kidnapping, Sapa reported. Selowa was first arrested in March last year for the rape of a 32-year-old woman. While on bail, he targeted students, lying in wait for them as they went home.

A tender awarded to a private health care company in Mpumalanga to deliver circumcision services to boys and men in the province has been suspended, Corruption Watch says. The anti-graft organisation said it received a tip off from a whistleblower that Mkhago Health Care Services had received a one-year contract to perform 260,000 procedures at a cost of R700 per circumcision. “If all 260 000 circumcisions were performed, the contract would be worth in excess of R180 million. By law all contracts over R500 000 are to be awarded through a public competitive bidding process,” Corruption Watch said in a statement. A Mpumalanga health spokesman confirmed it had suspended the contract pending an investigation.

Suspended head of SABC news and current affairs, Phil Molefe, has refused a R2.4 million golden handshake deposited into his account by the public broadcaster. The Sunday Independent reported that Molefe’s lawyers have accused the SABC of misleading communications minister Yunus Carrim as Molefe is continuing to fight for his reinstatement and turned down what he calls the “unilateral settlement”. He said he wasn’t party to the settlement, told his bankers to return the money. Molefe fell out with SABC boss Lulama Mokhobo for airing an extensive interview with former ANCYL president, Julius Malema.

MOYO FILES FOR BUSINESS RESCUE AHEAD OF PEAK SEASON

South Africa’s famous restaurant chain Moyo, renowned for serving African cuisine, has started voluntary business rescue proceedings. Gootspa Investments, which owns the eight Moyo restaurants in the Western Cape, KwaZulu-Natal and Gauteng, believes the business rescue will help it trade through the upcoming peak season and preserve the jobs of more than 600 people, BDLive reported. The company said the reason for business rescue legislation being promulgated was to help companies save jobs and revitalise businesses so they could achieve long-term goals. DM