Abahlali baseMjondolo: The fight goes on 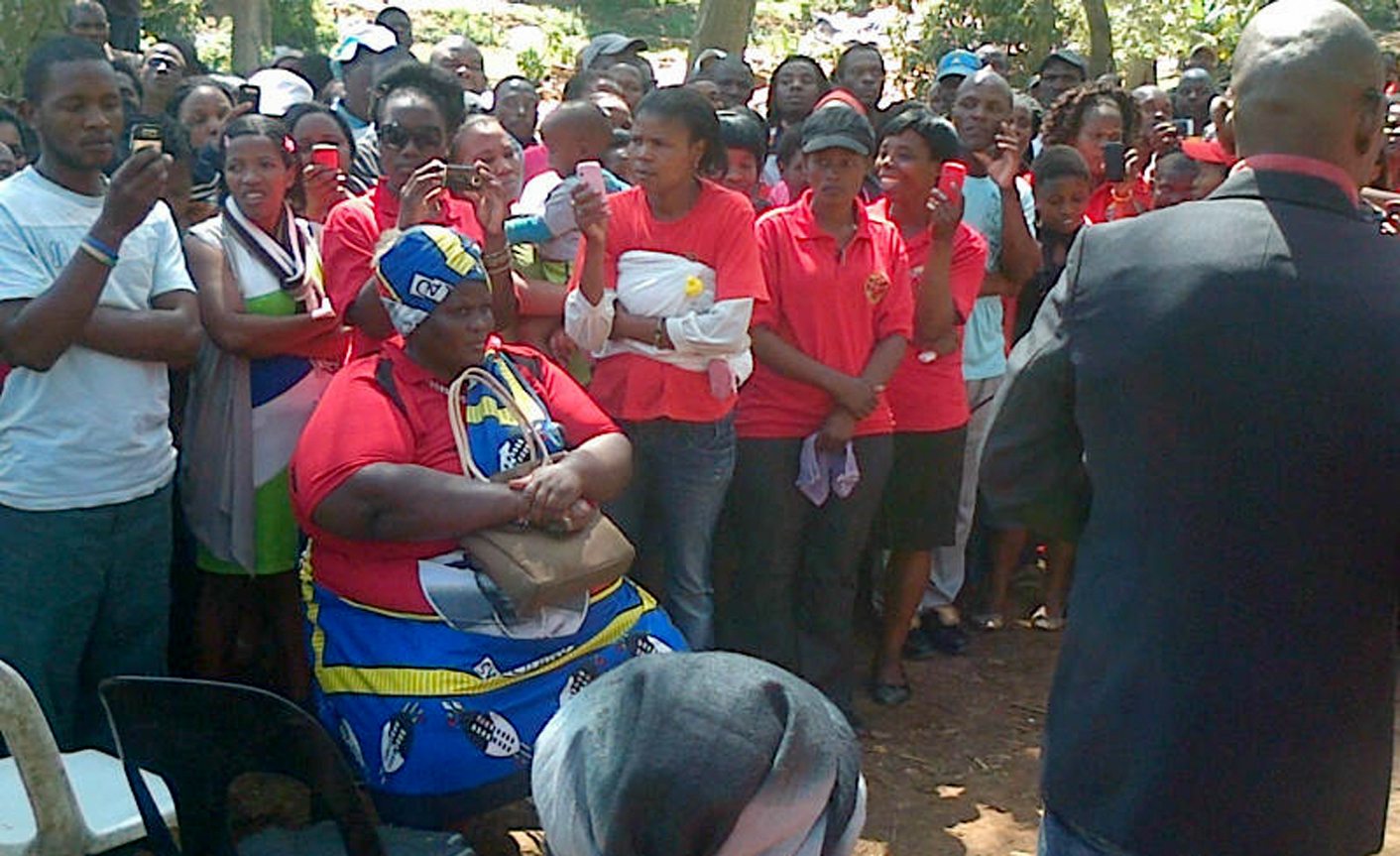 This morning members of the Abahlali baseMjondolo movement planned to start protesting in Durban’s Cato Crest at 4:00, almost exactly a week since 17-year-old Nqobile Nzuza was killed in the area by police. Abahlali spoke to witnesses and is accusing the SAPS of murder. The police still say it was self-defence. The world, meanwhile, is starting to notice. By GREG NICOLSON.

In a statement released on Thursday, Abahlali says it has been operating in crisis mode since the shooting and put together a timeline of events based on discussions with witnesses. The group says they started collecting material to block the roads on Sunday night when they were visited by “the notorious gangster councillor” Mzi Ngiba, who warned them not to protest. The next morning they started burning tires before going to fetch people to join them. They claim police were waiting for them so the diverted their route, but two police vehicles blocked them again.

“They stopped abruptly, got out of their vehicles and immediately drew their guns out,” said the Abahlali statement. “The police were about five metres from the protestors. There was no provocation to the police. When the police drew their guns people turned to run. One police officer shot Ngobile as she was running away.” The group is certain the shooter was the Cato Manor station commander dressed in his civvies. “This was witnessed at close range and the witnesses have no doubt that without any provocation the police just started shooting at comrades. Everyone turned and ran. No one tried to resist. No one was armed.” Nzuza was fatally shot in the back of the head while Luleka Makhwenkwana was shot in the arm, both shots coming from behind, say the group.

That version of events differs markedly from what police say happened. SAPS national spokesperson Solomon Makgale reiterated the police’s account on Sunday: “The police were responding to a concern raised by a resident. The concern was about some commotion in the street. A vehicle was dispatched to go find out what was going on. That is standard procedure. In other words, we would respond the same way if we were to receive a call regarding possible domestic violence incident,” said Makgale.

“The police were not aware that there was a group of 500 people hiding themselves in a dark street. So, the police were not responding to a protest. These people then attacked the police for no apparent reason. The vehicle was encircled and attacked as described in the media statement issued. It was not possible for the officers to drive away. That is a crime. It should not be confused with a public protest. Every life lost in this manner is unfortunate. Raising concerns should not be done in this manner. The police were put in a very difficult situation with limited options. They actually restrained themselves by not using the vehicle as a weapon and by calling for back up as soon as they could. The public order police members arrived later and dispersed the crowd.”

Abahlali maintains that this is not what happened. “This whole story is a lie,” it said. “It is not an exaggeration or misunderstanding. It is a lie. It is a lie that is being told to justify murder, cold-blooded murder, political murder – the third political murder in Cato Crest this year.”

The organisation’s Mnikelo Ndabankulu said on Sunday, “They were not [there] with the intention to disperse the crowd. They just wanted to kill.” He argued that a large group of protestors might throw stones at the police, but confronting them in their car “is like handing yourself in for arrest”.

Makgale said it’s expected that the organisers of such protests don’t agree with the police. “The only time they will agree with the police is when they are allowed to blockade roads, physically attack the police, damage properties and intimidate others without any reaction by the police. It is a pity that the leaders of some of these protests mislead people into thinking that it is allowed for them to attack police officials, put the lives of the police and other protestors in danger, burn private and public properties and stop law abiding citizens from continuing with their normal lives.”

The Independent Police Investigative Directorate was on the scene after the shootings. Ndabankulu was not positive their work would lead to any police suspensions of charges, but Makgale said they would investigate, as required by law.

There is also the issue of arrests. Four people were arrested in Cato Crest, reportedly on charges of public violence related to setting a public road on fire. The lawyer for the three, Shabnam Palesa Mohamed, said they remain in custody despite attempts to get them an after-hours bail application. “Not only is the cell area completely dark, but the women’s one cell is out of a horror movie. Thin foam mattresses on the cold concrete floor are as shameful as the dirty toilet located directly opposite the cell door,” said Mohamed, after visiting the Umlazi SAPS station.

Daily Maverick has seen Mohamed’s many attempts to contact the senior public prosecutor to arrange bail for the quartet, which includes Abahlali’s general secretary, Bandile Mdlalose. “I tried her number, which to date is on permanent voicemail,” said Mohamed. “The only reason they are not as free as they should be in this [non] democratic country is because there is a sustained and vicious war on the rights of our poor, shack dwellers, and homeless people.” She says there rights are being violated in numerous ways, especially as no one will make themselves available to talk about a bail hearing.

Meanwhile, civil society groups have expressed outrage over the issue. Prominent academics expressed their grave concern in a letter published in Mail & Guardian on Friday. “There is a well-documented history of illegal and violent repression of grassroots struggles in Durban that has included assassination, torture, driving people from their homes and arresting people on fabricated charges. This has done tremendous damage to democratic credentials of the City administration in Durban and the South African government in general,” said the letter from 22 academics, including Noam Chomsky, Judith Butler, Slavoj Zizek and V. Y. Mudimbe.

“We write to inform you that we are watching the situation in Cato Crest very closely and to urge you to move as fast as you can halt the violent attacks on activists and their homes, to fully investigate the assassinations and other incidents of violence and to commit to resolve the tensions in Cato Crest through democratic negotiations rather than the gross intimidation that is currently taking place.”

In a statement, the KwaZulu-Natal Church Leaders’ Group has condemned the lack of bail for the accused and expressed despair at the ongoing problems. It noted the continued illegal evictions in Cato Crest, the alleged corrupt selling of houses, and failure to provide basic services in the area. It expressed outrage at “the failure of the police to fulfil their mandate of protecting members of our society, but instead shoot, kill protesters and act outside of the law themselves. Their behaviour is destroying the fabric of our society.”