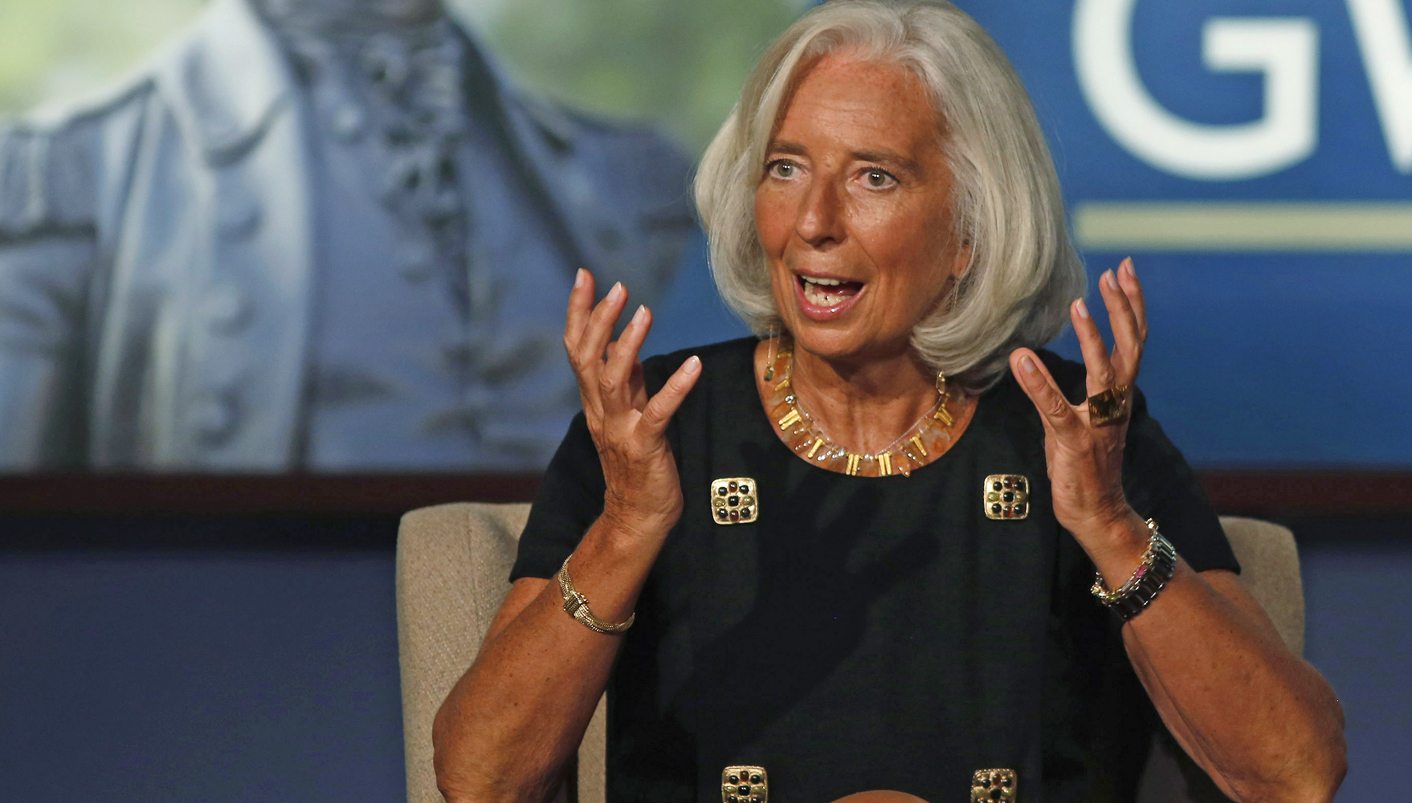 Failure to raise the U.S. debt ceiling could damage not only the United States but the rest of the global economy, International Monetary Fund chief Christine Lagarde said on Thursday. By Anna Yukhananov. (Reuters)

“It is ‘mission-critical’ that this be resolved as soon as possible,” she said in a speech in Washington, ahead of the IMF and World Bank annual meetings next week.

Republican and Democratic leaders in the U.S. Congress so far remain at loggerheads over funding the government, keeping hundreds of thousands of federal employees off the job without pay for a third day on Thursday.

Though a government shutdown would do relatively little damage to the world’s largest economy in the short term, global markets could be roiled if Congress also fails to raise the United States’ $16.7 trillion debt limit.

The Treasury has said the United States will exhaust its borrowing authority no later than Oct.17. If no deal is reached in raising the debt ceiling, analysts expect the U.S. government to run out of cash to pay it bills within weeks of that date.

Lagarde said growth in the United States has already been hurt by too much fiscal consolidation, and will be below 2 percent this year before rising by about 1 percentage point in 2014, assuming political standoffs are resolved.

The U.S. Congress imposed a so-called sequester, or across the board government spending cuts, earlier this year after failing to agree on a broad budget package.

Turning to the rest of the world, Lagarde pointed to signs of progress in the euro zone and Japan, but said transitions to more stable growth may take a while.

She said the euro zone “came up for air” in the spring after six quarters of recession, and the economy should grow almost 1 percent next year. The currency bloc must address debt-hobbled banks and a fragmented financial system to return to health, she said.

Japan also seems to be having success with its massive monetary stimulus to boost the economy out of decades of deflation and lagging growth, boosting GDP by about 1 percent.

“Deflation is coming to an end and a newfound optimism is in the air,” she said, adding that Japan must still implement a credible plan to bring down its debt and reform entitlements.

She said emerging markets have suffered since the U.S. Federal Reserve announced plans to eventually scale back its own monetary stimulus, which prompted capital outflows as investors bet on higher rates in advanced economies.

She said the turbulence could reduce GDP in major emerging markets by 0.5 to 1 percentage points.

Monetary policy helped rescue the global economy after the global financial crisis. But as the United States prepares to decrease the pace of its massive bond-buying, it must be aware that its policies affect people and markets around the world, Lagarde said.

“The U.S. has a special responsibility: to implement (normalization) in an orderly way, linking it to the pace of recovery and employment; to communicate clearly; and to conduct a dialogue with others,” she said.

But she said the turmoil in the Middle East and North Africa may be the hardest to resolve, and take the most time. Syria is still in the midst of a civil war and Egypt struggles to address its fiscal deficit and structural reforms while dealing with a political transition.

“To succeed, (this region) needs the unwavering support of the international community,” she said.

Finally, she called on governments to better work together on reforming the financial sector, calling progress too slow, partly due to divergences among different countries. She pointed in particular to the “danger zone” of shadow banking, or the nonbanking sector that can provide credit but is not under formal regulation.

In the United States, shadow banking is twice the size of the banking sector, and in China half the credit given this year has come from shadow banking, she said.

“Putting this all together in a globalized world is a headache,” she said about financial regulation. “And yet, it must be done – nothing less than global financial stability depends on it.” DM

Photo: International Monetary Fund (IMF) chief Christine Lagarde speaks about the upcoming IMF and World Bank meetings while inside the Jack Morton Auditorium at George Washington University in Washington, October 3, 2013. Failure to raise the U.S. debt ceiling could damage not only the United States but the rest of the global economy, Lagarde said on Thursday. REUTERS/Larry Downing