A fine line: When the SAPS views protests as criminal 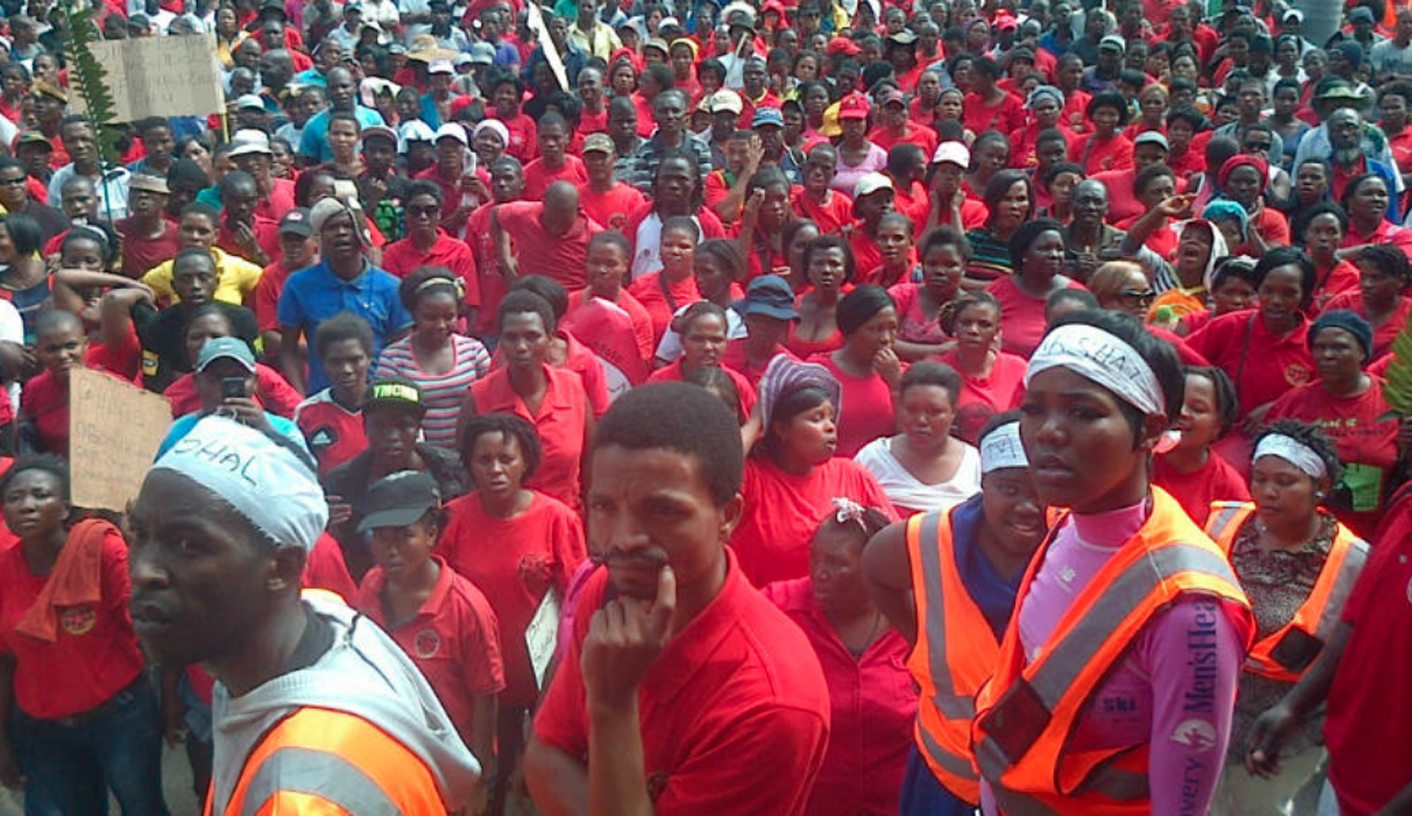 The South African Police Service has reacted angrily to allegations that inadequate public order policing is to blame for the death of a 17-year-old girl during a protest in Durban on Monday. They insist they are only trying to maintain law and order in the face of criminality. By KHADIJA PATEL.

On Tuesday Lieutenant General Solomon Makgale, spokesperson for the South African Police Services, contacted the Daily Maverick to voice his displeasure with an article we published detailing the circumstances of the death of a 17-year-old protester, Nqobile Nzuza, in Durban on Monday. Makgale took particular issue with our assessment of the SAPS’s “incapacity” to facilitate protests in South Africa.

He argued that the events that led to the death of Nzuza in Cato Crest did not fit the criteria of a protest at all.

“I don’t think we can call it a protest,” Makgale said. “It stops being a protest when a crime is committed – then it is a crime.”

He says police responded to a complaint of a disturbance with one vehicle and then found a road blockaded.

“Police then used another route to ascertain what was happening, and out of nowhere a big group of people attacked the vehicle, breaking the windows and shaking the vehicles,” Makgale says.

It is in this hostile atmosphere that the SAPS claim they had no other option but to use live ammunition.

“I’d like to believe the police restrained themselves,” Makgale says. “They were not carrying tear gas or things like that, they were not there to police a protest, they were responding to a complaint.”

He insists that the use of force “is a matter of last resort, no matter what the situation,” adding, “I am saying based on the information we have, it is wrong to attack police in this way.”

However, Mnikelo Ndanbukulu, a spokesperson for Abahlali Base Majondolo who had organised the protest on Monday morning, says the police are misrepresenting the facts.

“The big question we would like to pose to them is: if Abahlali members were the first to shoot, ‘Where are the cartridges which they would have found on the scene?’”

Abahlali views the actions of the police on Monday morning, and the official statements, as politically motivated ploys to discredit the shack dwellers’ movement.

“The only thing we know is that the police are used by politicians to fight their own battles,” Ndanbukulu says. “The police do what the mayor tells them, not what they are trained to do.”

Abahalali allege Nzuza was shot in the back while retreating from police. The police, however, are not willing to comment on the specific details of Nzuza’s shooting.

Jay Naicker, a spokesperson for SAPS in Kwazulu-Natal, says the investigation into incident has now been taken over by the Independent Police Investigative Directorate, and any further clarification on what transpired on Monday will not come from the police.

However, he denies that the aggression displayed towards the SAPS, according to the police’s version of events, is evidence of a generally poor opinion of the police in the area.

“This was very unusual,” Naicker says. “I don’t see why people would want to ambush the police in this way.”

He feels there was “some sinister motive” behind Monday morning’s events.

“The allegations that they were protesting at four o’clock in the morning in winter, in a dark corner, when everyone is sleeping; this can’t be protest action,” he says, adding that the police were led into an ambush.

“They blockaded the main road. The main road was very wide and the police vehicle would have been able to make a U-turn and escape, but they blockaded he main road, knowing that the police would use the side road, which was a narrow road, and they wouldn’t have a chance to escape.”

A detail from Monday’s events that has now been better clarified are the circumstances in which Bandile Mdlalose, the general secretary of Abahlali, was arrested.

Mdlalose was arrested while Abahlali picketed outside the local police station following Nzuza’s death early on Monday. On Tuesday, the Durban High Court refused bail after she was formally charged for “malicious damage to property, public violence and a failure to comply with the orders of the police when told to move.”

“We have a constitutional mandate to uphold the law and anybody who attacks a police officer is obviously a criminal,” Naicker argues.

Makgale insists that the police do not seek to impede South Africans’ right to protest.

“From a police point of view, we don’t say people should not protest, but we can’t stand for lawlessness,” he said. “You can’t burn private or state property and then call it a protest.”

Abahlali believe the organisation is being unfairly targeted by the police, who allegedly beat members and also fail to investigate killings of Abahlali members.

Naicker, however, says the conflict with the police is more telling of Abahlali than it is of the SAPS.

Abahlali is determined to press on with their campaign of defiance of the municipality.

“Since the response from the municipality doesn’t talk about housing and land, then the strike continues,” Ndanbukulu says.

And as long as Abahlali take the fight to the Ethekwini municipality, the police will be caught in the crosshairs. DM