Review: The Testament of Mary – new, intense and unfl...

Review: The Testament of Mary – new, intense and unflinching 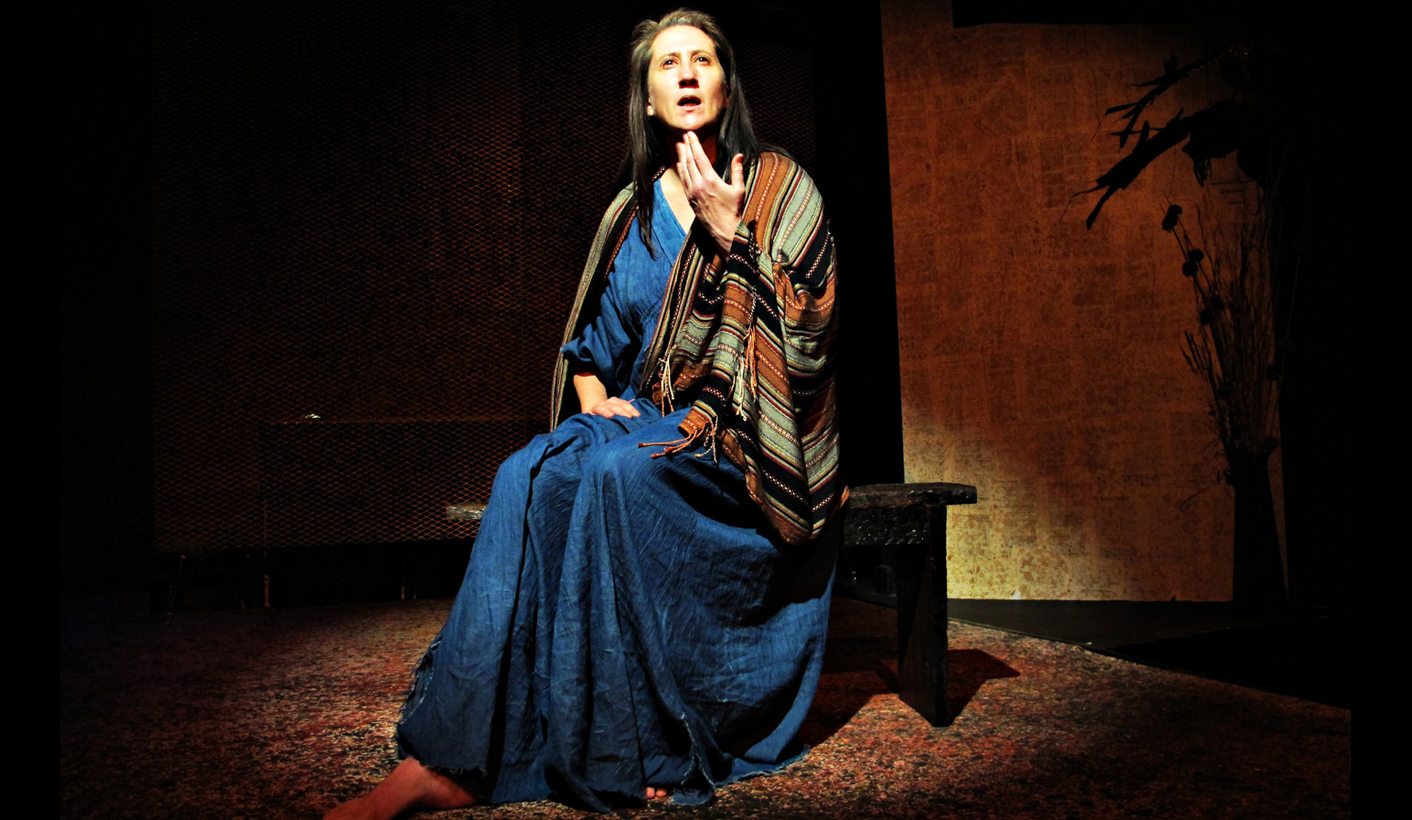 There’s a play running at Joburg Theatre that scares the solo actress with its intensity. The Testament of Mary is a subversive work that attacks the whole foundation of Christianity, and Christians are likely to get upset. Yet as LESLEY STONES watched Patricia Boyer playing Mary, the Mother of Jesus, she was a little disappointed that it didn’t push further.

The play is set after the crucifixion, when Mary is being held by the disciples and questioned intensely for material that will form the gospels and change the world. “What, all of it?” she asks.

And indeed it did, with a whole global religion based on one man crucified centuries ago. So who was that man? asks this drama by Irish author Colm Tóibín.

Boyer is magnificent, although a touch too masculine and self-assured to be mistaken for the traditional figure of a suppliant Mother Mary. Which is perfect really, since the play is all about overturning the traditional stories perpetuated by the church that Jesus was the son of God.

I was a little disappointed that the play didn’t push the envelope further, maybe because as a non-believer I was neither shocked nor offended. Which almost robs the play of some of its power. Where’s the fun of playing in front of an audience that’s on your side?

When Mary recalls how she first heard her boy declare himself the son of God it’s against a backdrop she has painted of a man who has forgotten where he came from, shunning his mother and his father to adopt the grand clothes and high speech of his betters.

Boyer is in perfect control, sad at times then angry, and heartbroken as she tells how she watched her son nailed onto the cross. Underneath the swirling emotions is the constant sense of puzzlement.

She looks her audience in the eye, challenging us to reassess our beliefs too. “My son gathered misfits around him,” she tells us incredulously. She was bored by the disciples and their talk of the future; they were a needy bunch, she remembers.

She tells of confusion at a wedding where water was turned into wine, implying some sleight of hand.

Her description of Lazarus, a man raised from the dead, is of a man who has been through the agony of death only to face it all again. A man brought back by the clamouring of his sisters to a place where he no longer belongs. With Mary as our interpreter we feel sorry for Lazarus, dragged back in some flamboyant party trick.  “A man shouldn’t have to face death twice. Only sorrow can come from that,” she laments.

The play doesn’t entirely dismiss the idea that Jesus could have risen again, but couches it as a dream that Mary recounted, only to have it seized upon as fact.

The stage setting by Wilhelm Disbergen is ideal, with Mary in a bath when it begins, trying to wash away her memories, perhaps. There are a few chairs around a sturdy table, pots and bowls that seem to be from ancient times. The sound effects of birds chirping then cawing and light that’s bright then dim all help to reflect the changing moods.

The text has been published both as a novella and as a Broadway play, and Boyer and director Lynne Maree have melded the different versions to suit the space and budget of Johannesburg. It lasts an hour but I could have watched much more.

The Testament of Mary runs at Joburg Theatre until October 6. DM