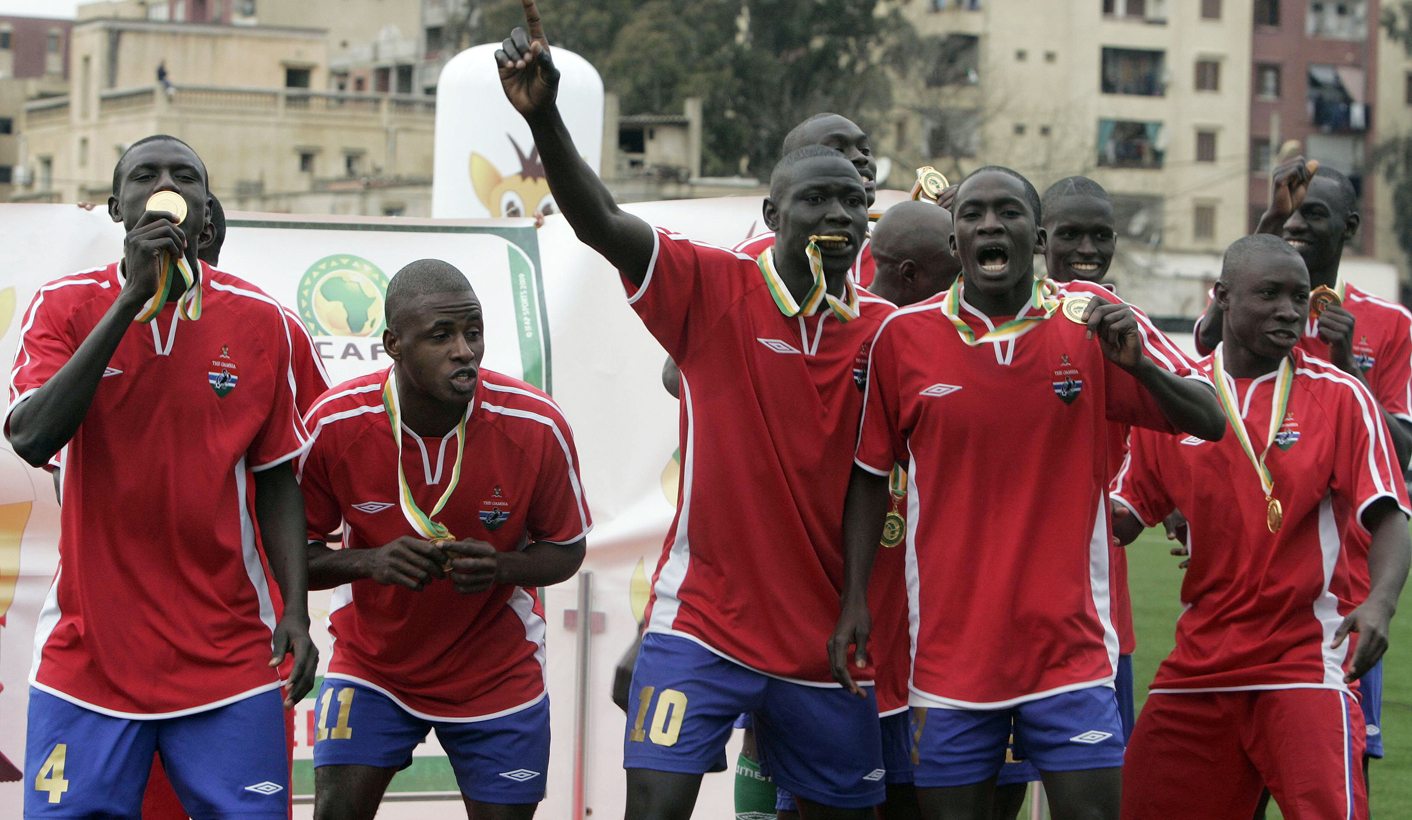 Newly elected Gambian Football Association president, Mustapha Kebbeh, has big dreams for football in the country. At the heart of his crusade is developing women and youth football. In a football-mad country which has struggled to make its mark on the international stage, his ambitions are admirable. By ANTOINETTE MULLER.

Yet the West African country has failed to make a big impact on the international circuit. They have never qualified for a World Cup or an Africa Cup of Nations. However, over the last few years, there have been some glimmers of hope. In 2005 and 2009, their Under-17 side qualified for the U-17 World Cup, but returned with modest achievements. In 2005, pitted against Brazil, the Netherlands and Qatar, they won two of their three games and lost just one. They were eliminated on goal difference, having beaten Brazil and Qatar, but lost to the Netherlands. The 2009 effort saw them play against Iran, Colombia and the Netherlands, but this time the side returned without any victories.

In 2012, the women’s national team qualified for the Under-17 Women’s World Cup. They were knocked out in the group stages, having not won a single game and with a goal difference of -25.

That there is a passion for the game in the country cannot be doubted, but there is a massive issue with structure. Even though the country has a functioning league, the government saw fit in 2012 to dissolve the FA, saying “the country was making no headway in continental or global competition.” It was rebuilt, however, and the association has recently elected a new president, Mustapha Kebbeh.

Formerly, Kebbeh was president of Steve Biko Football Club, a tiny club founded in 1978 who climbed their way from the third division when they started out to playing in the premier division in 1989. He certainly has the experience, but he faces a tremendous challenge.

One of the biggest problems is footballers following through from youth to full international level. Since that 2009 effort by the Under-17 side, the country has produced just one of those, Lamin Samate. Just two members of the squad are still taking part in competitive football. It is, however, understandable. Taking a gamble with one’s future livelihood is one that cannot be afforded in Gambia. Similarly, getting injured and being put out of action in both “real life work” and football is something which puts off many youths.

That is something Kebbeh hopes to address. At the heart of his crusade is women and youth football and he is a stickler for creating equal opportunities for female football in the country. The rest of the country also supports and champions women empowerment with many initiatives in Gambia encouraging structures to support them, including free education for girls. With football getting on board, it’s just another step in the progression of the African nation.

“A lot of young women love football. I don’t want to only see them being fans and supporters. I want men to join me in supporting the women. That’s something we promised ourselves. The women made us proud going to the World Cup, even if we were defeated, but their sole presence was a great milestone,” Kebbeh said in an interview with Fifa.com.

Gambia is very much still developing as a footballing country. Although the country has three functioning divisions for men and two for women, the actual interest in watching domestic teams remains a struggle. Locals would rather pack out bars and cinema houses to watch an English Premier League team than go down to watch their local side. It’s not a problem exclusive to the country, but it is a hallmark of a nation still developing its footballing identity.

“It’s a challenge, because having to lead an association that is developing and all the expectations and stakeholders is an issue. The beautiful thing is we’re more than resolved to walk along those rough roads,” Kebbeh said.

“We have to look at designing football from the grassroots, [at] youth football and develop[ing] our resources. I don’t mean just financially, I mean infrastructure and everything else needed to see the team strive,” he added.

Kebbeh is well aware of the struggles in terms of lacking opportunity, be that because of the associated risk or the lack of actual playing opportunities – and while he waxes lyrical about the potential football can bring to those who are desolate and struggling, his passion seems genuine.

The national team is nicknamed the Scorpions, aptly after the country’s size, and because of the large number of scorpions that live in the Gambia River. Kebbeh knows that the country might be small, with a population of around 1.7 million. He hopes, though, that as with the little scorpion, when his side eventually manages to strike, it’ll be lethal.

“When a scorpion hits, it hits hard. We don’t want to be lions or elephants, because we are not that size. When we sting, we’ll sting hard,” Kebbeh concluded with a smile. DM