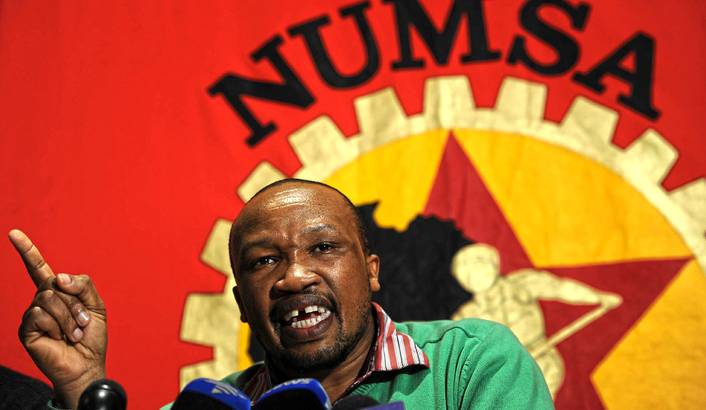 SA ON HIGH ALERT AFTER ALLEGED SIGHTING OF ‘WHITE WIDOW’

‘White Widow’ Samantha Lewthwaite was in South Africa three weeks ago, caught on CCTV footage conducting surveillance on embassies in Pretoria, two newspapers reported on Sunday. Intelligence sources told the Sunday Independent South Africa was placed on a high security alert as a result. City Press said the police crime intelligence services knew of Lewthwaite’s presence, but failed to act. Now the State Security Agency, working with the Hawks, is investigating Lewthwaite’s South African links and the presence of Al Shabaab in the country. DA security spokesman Dirk Stubbe said the security cluster must reassure South Africans there were no intelligence failures regarding Lewthwaite. “We cannot sit back and allow South Africa to become a “destination of choice” for terrorists,” he said.

The Hawks have launched an enquiry into ANC chairwoman Baleka Mbete’s deal with Gold Fields, says the Democratic Alliance. Mineral resources spokesman James Lorimer said the Hawks are investigating allegations of criminal conduct against Mbete, who is alleged to have demanded R28 million in shares in a BEE deal from Gold Fields or risk losing its mining rights. Lorimer said the party welcomed the “willingness of the Hawks to investigate the serious concerns about misconduct as well as the allegations of corruption and exertion of undue influence in awarding mining licenses”. Lorimer said the mining industry needed to be corruption free to attract investment.

Union bosses are making a fortune for sitting on the boards of state owned enterprises, a practice defended by National Union of Metalworkers SA (Numsa) leader Irvin Jim. Numsa president Cedric Gina is on the board of the Development Bank of SA (DBSA). He reportedly received R451,000 for 15 meetings at more than R30,000 each. Jim told the Sunday Independent there was “nothing wrong in sitting on boards as long as it is by workers’ consent and you advance worker issues”. National Union of Mineworkers boss, Frans Baleni who is also deputy chair of the DBSA, was paid R366,300 for 10 meetings at nearly R37,000 a meeting.

The Hawks officer who led the investigation against Richard Mdluli has laid a criminal complaint against the senior prosecutor who dropped the charges against the suspended crime intelligence head. Kobus Roelofse has accused head of the specialised commercial crimes unit in the National Prosecuting Authority, Lawrence Mrewebi of defeating the ends of justice, City Press reported. Mrewebi’s instruction, in 2011, to withdraw charges of corruption, fraud, murder, kidnapping, assault and intimidation was declared unlawful by Judge John Murphy last week. He said it was “illegal, irrational, based on irrelevant considerations and material errors of law, and ultimately so unreasonable no reasonable prosecutor could have taken it”.

A controversial painting initially banned from the FNB Johannesburg Art Fair is back on display. The painting by Ayanda Mabulu, called Yakhali’inkomo (Black Man’s Cry) about the Marikana massacre, shows President Jacob Zuma crushing the head of a striking miner with his foot. Organisers banned the painting, which led to world famous photographer David Goldblatt removing his exhibition from the fair in protest at the censorship. It is alleged that the fair’s director, Ross Douglas, was concerned that government sponsors would be offended by the painting. Goldblatt said he had to make a stand against a threat to freedom of speech, as self-censorship was a “slippery slope”.

Police are investigating a syndicate believed to follow its victims from OR Tambo International Airport to their homes before robbing them at gunpoint. Eyewitness News reported the latest victim was a diplomat but that one of the suspects was shot dead by the diplomat’s driver. The gang followed the diplomat to a security complex in the Magaliesig suburb in Fourways. The diplomat’s daughter told EWN the robbers were after her father’s money. Another suspect was arrested for the attempted armed hijacking and will appear in court soon. More members of the gang are still at large.
CHABANE FAMILY LEAVE HOME AFTER RUMOURS OF ATTACK

Minister in the Presidency, Collins Chabane, and his family have moved out of their family home in Limpopo as a result of rumours their house could be attacked. City Press reported that while Chabane has denied the allegations, sources in the Xikundu village and the Limpopo police spokesperson, Brigadier Hangwani Mulaudzi, confirmed it was true. Residents of Malumulele want their own municipality, and perceive Chabane to be blocking their demands. Villagers told the newspaper they saw police patrolling around Chabane’s house, and police said they were acting in response to the rumours.

Vincent Mdunge has resigned over allegations that he faked his matric certificate. The former spokesman for the KwaZulu-Natal police was facing disciplinary action and criminal prosecution over the issue, Eyewitness News reported. Mdunge’s allegedly false qualification was discovered during a nationwide verification process, police said. Spokesman Jay Naicker said a charge of fraud was being investigated against Mdunge, confirming he had tendered his resignation. “The criminal charge of fraud is still continuing and the investigation is still continuing,” Naicker said. The DA said Mdunge should “face the full might of the law”. DM