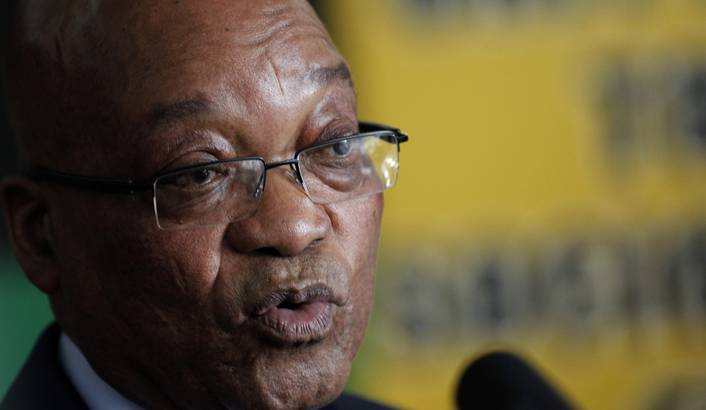 The South African passport used by Samantha Lewthwaite, a woman allegedly involved in the Westgate mall attack in Kenya, was fraudulently obtained, says home affairs minister Naledi Pandor. Speaking to reporters in Johannesburg, Pandor said the passport was issued in Durban and later cancelled, in 2011, after in investigation by the department. Lewthwaite is believed to have entered Kenya using the passport, issued in the name of Natalie Faye Webb. Pandor said records showed that Lewthwaite first entered South Africa in 2008. During her time in the country, she applied for a passport under the name of Natalie Faye Webb with fraudulent supporting documents.

NYDA SHOULD BE INVESTIGATED BY SCOPA, SAYS DA

The National Youth Development Agency (NYDA) is in complete disarray, says the Democratic Alliance. Spokesman on the Presidency, Joe McGluwa, said the organisation’s annual report showed it continued to cost South Africans more, while delivering less. It racked up R62 million in irregular spending. “This must be brought to an end,” he said. The auditor general, Terence Nombembe, showed the NYDA would be unable to recover R212 million in defaulted loans, and had already written off R31 million worth of loans. At the same time, suspended CEO Steven Ngubeni gave himself a 20% salary increase, receiving R2.435 million, a little less than what President Jacob Zuma earns. The DA said parliament’s standing committee on accounts, Scopa, should investigate the NYDA’s finances.

KwaZulu-Natal has a new premier. Former education MED Senzo Mchunu was sworn in as premier by the province’s judge president, Justice Chimanlal Patel. His election to the position followed the resignation of Dr Zweli Mkhize a month ago, who left to take up his full time position as treasurer general of the ANC. In his acceptance speech, Mchunu praised his predecessor, saying he turned around a deficit of R5 billion into a surplus of R3 billion within a short space of time. Mchunu said his focus would be on ensuring peace and stability in the province which, he said, could only be achieved through co-operation and by “putting a high premium on human life and prevent killings as we move towards general elections in 2014”.

There is a need for more international assistance in education in developing countries, says President Jacob Zuma. Addressing the UN Secretary General’s Global Education First Initiative at the United Nations in New York, Zuma said the need for international assistance was “crucial” and that funding and development agencies, as well as donors, should prioritise education. “I believe these multilateral initiatives and interventions can galvanise us all to act with single-mindedness to prioritise education, to source funding for it and to achieve quality education for all in the run-up to 2015 and beyond,” Zuma said.

OVER 100 TEACHERS ACCUSED OF SEXUAL MISCONDUCT

The South African Council for Educators has revealed that 104 complaints of sexual misconduct were laid against teachers last year, which included rape. In its annual report, tabled in parliament, the organisation showed it received a total of 556 complaints for various “alleged offences or breaches”, Sapa reported. Sace drew attention to issues with parents of abused children, saying one of the biggest problems was their lack of co-operation. “In some case, the abusers would end up being referred to ‘as sons-in-law’,” the report said. Sace said the battle against abuse wound not be won “until such time that parents take the responsibility to protect their children and to support the Sace cause”.

Coal producers and unions will meet again next week to try to hammer out wage agreements and avert possible strike action that could affect exports to Europe and Asia and supplies to power utility Eskom. Companies, which include units of global mining giants Anglo American and Glencore Xstrata, made a revised above-inflation wage offer to employees last week, raising hopes of an agreement in the sector without industrial action. That “final” offer was for pay increases ranging between 7% and 11%, above consumer inflation of 6.4% in August, according to a document seen by Reuters. Motsamai Motlhamme, deputy head of industrial relations at the Chamber of Mines, which is negotiating on behalf of the producers, said, “There are a couple of issues that still need to be ironed out. The parties will reconvene on Monday.”

REPRIEVE FOR MCCORD HOSPITAL – FOR NOW

Negotiations over the fate of Durban’s McCord Hospital have resumed, ensuring the hospital stays open for now, the Mail&Guardian reported. The hospital’s board and government officials were forced back to the negotiating table after the labour court granted the National Education Health and Allied Workers’ Union (Nehawu) and three other unions an interim interdict to stop the board from retrenching staff. But it is only effective until 9 October, when a final ruling will be made. The board rejected an offer from the government to buy the hospital, as it was too low. Union Nehawu criticised the board for its handling of the situation, saying they were “fixated by money”.

SARS BUSTS MAN WITH COCAINE ON THE SOLES OF HIS FEET

A man was detained at OR Tambo International Airport on Thursday after cocaine was found strapped to his feet, the SA Revenue Service (SARS) said.

SARS customs officials stopped the man, who was disembarking from a flight from Sao Paulo, Brazil, and he was taken for questioning and a body search, Sapa reported. “The search found the passenger was carrying 215 grams of cocaine, valued at R58 502, strapped to the soles of his feet,” said spokeswoman Marika Muller. Last month, SARS customs officers prevented 26 kilograms of cocaine and 35.5 kilograms from entering the country. DM