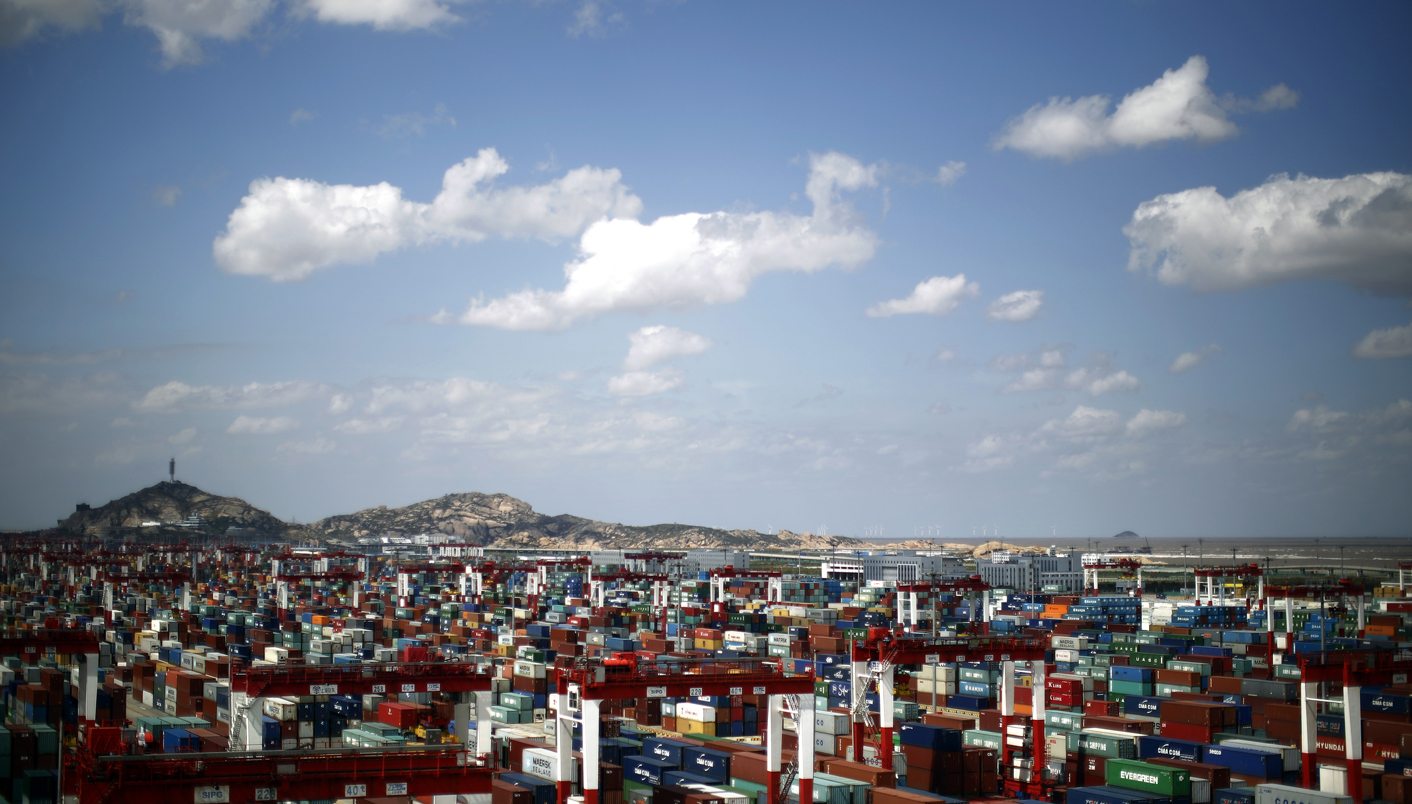 A sluggish economy is not a disaster for China, but it is a worry. Never ones to act in haste, China’s leadership is setting up a special free trade zone in Shanghai designed to test out various solutions to the looming economic malaise (all of them distinctly un-Communist, it should be noted). The success of this experiment will determine the future of the world’s second largest economy. By SIMON ALLISON.

China’s economy is slowing down. After a couple of decades of lighting quick growth, suddenly the figures are starting to look a little sluggish. It’s not a crisis, not yet anyway, but it is cause for concern for China’s relatively new and untested leadership team of President Xi Jinping and Premier Li Keqiang.

Second quarter stats for the country’s Gross Domestic Product (GDP), for example, show growth of just 7.5%, as compared to 7.7% this time last year. This may sound like a minor difference, but in an economy the size of China’s this represents billions and billions of dollars. And although recent figures indicate it partially bounced back, a slump in the manufacturing sector earlier this year was particularly worrying, for manufacturing is what has fuelled the boom years.

So something needs to change. It is a matter of some debate between intellectuals and economists about what exactly must be done, but this debate is of limited value anyway.  Ultimately, in a resolutely one party-state, it is the one party that will decide.

Fortunately, China’s leadership seems aware of the need to do something. Although he was probably being slightly disingenuous, President Xi argued recently that his administration chose to embrace a temporary economic slowdown to give them the time to prevent a more enduring depression. “The fundamentals of the Chinese economy are sound,” said Xi. “We would rather bring down the growth rate to a certain extent in order to solve the fundamental problems hindering our economic development in the long run.”

It is in this context that the Shanghai Free Trade Zone was born, occupying a 29km2 area in northeast Shanghai. China needs somewhere to play around with different policies and reforms, a kind of sandbox in which its economists can play around with principles that they’re not prepared (yet) to roll out to the country as a whole.

China has a number of free trade areas, usually designated as Special Economic Zones (SEZ). Most of these are modelled on Shenzen, China’s first free trade area, designed to give Chinese manufacturing and exports a massive shot in the arm. But Shanghai will be different. The idea here is to let China’s service industries – for example banking, communications and shipping – catch up with the huge progress made in manufacturing and export. At least, that’s the rumour. The whole project is still shrouded in mystery and no one’s quite sure exactly what it will entail.

Still, the government has offered a few clues. The Wall Street Journal’s Jason Sternberg rounded up what analysts think will be the major reforms:

“The Shanghai reforms being hinted at, and hoped for, are examples of exactly the things Beijing needs to do to allow the service sector to catch up: big-bang financial liberalization such as a removal of restrictions on interest rates banks pay on deposits and a fully convertible currency, both of which will start to allow the market to allocate capital more efficiently; greater competition, including foreign investment, in the telecommunications industries that are the backbone of a modern service economy; a reduction in censorship of the communications that travel through those telecom pipes.”

Even though it’s yet to officially open, the Shanghai Free Trade Zone is already making headlines.

Locally, real estate agents are reporting a 30% surge in house prices in the first two weeks of September as local residents look to take advantage of an expected property boom in the area.

International media, meanwhile, was taken with a report from Hong Kong’s South China Morning Post that stated China was planning to lift internet restrictions in the zone, allowing access to sites like Twitter, Facebook and the New York Times, which are banned in the rest of the country. “In order to welcome foreign companies to invest and to let foreigners live and work happily in the free trade zone, we must think about how we can make them feel like at home. If they can’t get onto Facebook or read The New York Times, they may naturally wonder how special the free trade zone is compared with the rest of China,” said one government source quoted by the Post.

While most have welcomed China’s new initiative, Hong Kong is watching the development with grave concern, aware that the new trade zone poses and existential threat to its traditional role as the service hub for mainland China. “We believe Shanghai plans to replicate another Hong Kong through the free trade zone. Many companies may choose to move their principal business activities currently in Hong Kong. In addition, the proximity to Shanghai’s main market may expand the volume of cross-border flows,” said Liu Ligang, chief economist for the Hong Kong office of ANZ bank.

Liu’s concerns are echoed by Li Ka-Shing, Hong Kong’s richest man. “It will have a big impact on Hong Kong … It has different aspects, including financial services. When the yuan becomes fully convertible, it will benefit the development of Shanghai.” He warned Hong Kongers to pay closer attention to what could be a defining moment in the Special Administrative Region’s future: “The general public in Hong Kong is now very much consumed by local politics and may have little interest in what is going to be a major event in China’s capital account liberalisation.”

For China’s leaders, however, Shanghai represents the logical next step in the liberalisation of its economy, and the consolidation of the gains it has made over the past two decades. Whether it succeeds or fails, it is an experiment worth watching very closely because it is likely to influence economic policy in the world’s second largest economy for decades to come. DM