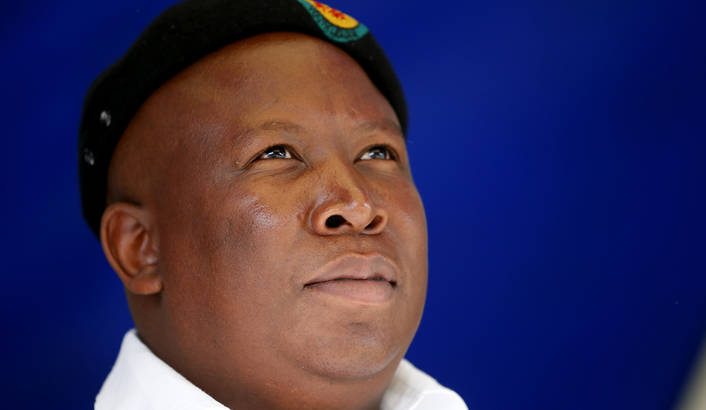 Anglo American has settled a compensation claim by 23 gold miners with the lung disease silicosis, bringing an industry-wide deal potentially worth hundreds of millions of dollars closer.

Details of the settlement are confidential although Richard Meeran, the London-based lawyer who first brought the suit against the global mining giant in 2004, said he and his clients were “very happy” with the deal. Anglo American sold off its gold assets over a decade ago but this suit and similar initiatives are based on its past as a bullion producer. The firm said the settlement involved no admission of liability and was in the best interests of the plaintiffs, their families and the company.

The public protector is waiting for information still outstanding so she can complete her investigation into spending of public money on President Jacob Zuma’s private residence in Nkandla, Sapa reported. Thuli Madonsela said her office had written a draft report but could not proceed until they received the information. She would not say who or what department was supposed to supply the information, but said she didn’t believe the delay was “malicious”. She said the party had been given until the end of September to provide the information. “The comprehensive request for the information was on the 11th of August,” she said. “There was some clarity, that was requested by the party concerned and we have done our best to provide that clarity.”

The Democratic Alliance has managed to compile a list of South Africa’s national key points, despite the police minister’s efforts to thwart the opposition’s requests to supply the information, using the excuse of ‘security considerations’. Parliamentary leader Lindiwe Mazibuko said the DA found the information via parliamentary questions to departments including state security itself. “Minister Mthethwa’s refusal to supply us with this list thus begs the question: What is he trying to hide?” Mazibuko asked.  She said Mthethwa’s reluctance to provide a current list of key points, that included private residences, and criteria used to classify them, was “yet another effort to shield President Zuma from accountability for the R200 million in government expenditure on his private Nkandla home”.

Julius Malema’s new political party, the Economic Freedom Fighters, has lost over 200 members to another new party, Dr Mamphela Ramphele’s AgangSA. Pule Matshitshe, former EFF Gauteng provincial organiser, said young and right-minded South Africans should trust AgangSA to “restore the promise of freedom” as the party would tackle corruption, poverty and inequality.  The party’s political director, Moeketsi Mosola, said the new members would be expected to “work hard in their structures and progress on merit, like any other party member”. Matshitshe said Ramphele had spent her life fighting for freedom and had showed what she owns “unlike other leaders who are stealing from our country”.

The Opposition to Urban Tolling Alliance (Outa) has taken its case to the Supreme Court of Appeals (SCA) in Bloemfontein, in an attempt to overturn an earlier judgment against it. Outa is trying to convince the court to intervene in government policy, something other courts have been reluctant to do. DA national spokesman, Mmusi Maimane, went to Bloemfontein to lend support to Outa’s attempts to stop government from tolling Gauteng’s highways. “E-tolling is deeply unpopular with the people of Gauteng for good reason. It will take money out of people’s pockets and cost jobs,” said the party’s candidate for premier in next year’s elections. He said the DA was helping fund the case as the party was against the imposition of tolls.

The Congress of South African Trade Unions has welcomed the decision to set aside a decision to withdraw charges against former police crime intelligence boss, Richard Mdluli. Earlier, Judge John Murphy, in the Pretoria High Court, said the withdrawal of charges by then-acting national commissioner Lieutenant General Nhlanhla Mkhwanazi, and Mdluli’s subsequent re-instatement, was a dereliction of his constitutional and statutory duties. “Everyone is innocent until proved guilty, but these charges against Mdluli are so serious that they cannot be swept under the carpet,” Cosatu said in a statement. “As the federation said when the allegations against Mdluli first surfaced, corruption and theft of public funds is a malignant cancer rotting away our social and political cohesion.”

An operation targeting heavy vehicles on Fields Hill has resulted in 19 trucks being impounded, mostly for having faulty brakes, the Daily News reported. The KwaZulu-Natal transport department’s operation Phezu Kwabo is a bid to stop further fatalities on the steep hill after 23 people died in an accident after an articulated truck, owned by Sagekal Logistics, lost control, crashing into cars and taxis. Transport MEC Willies Mchunu said officials had found faulty brakes on most of the heavy vehicles they had examined since the start of the operation.  Traffic inspectors have also aided the Phoenix premises of Sagekal Logistics, impounding three trucks that were alleged to have oil leaks and faults with brakes and handbrakes.

The ad hoc parliamentary set up to look into a report by the public protector that accuses Pansy Tlakula of “grossly irregular” behaviour wants written answers from the IEC chairwoman before it can continue.  Sapa reported that ANC MP Buti Malamela said Tlakula had not been given an opportunity to provide submissions in response to the report. Public protector Thuli Madonsela said Tlakula had behaved improperly in the leasing of IEC head office in Centurion. Committee chairman Luwellyn Landers also said legal opinion was vital to clarifying the mandate of the committee itself. DM