Heritage Day: where a nation meets/meats? 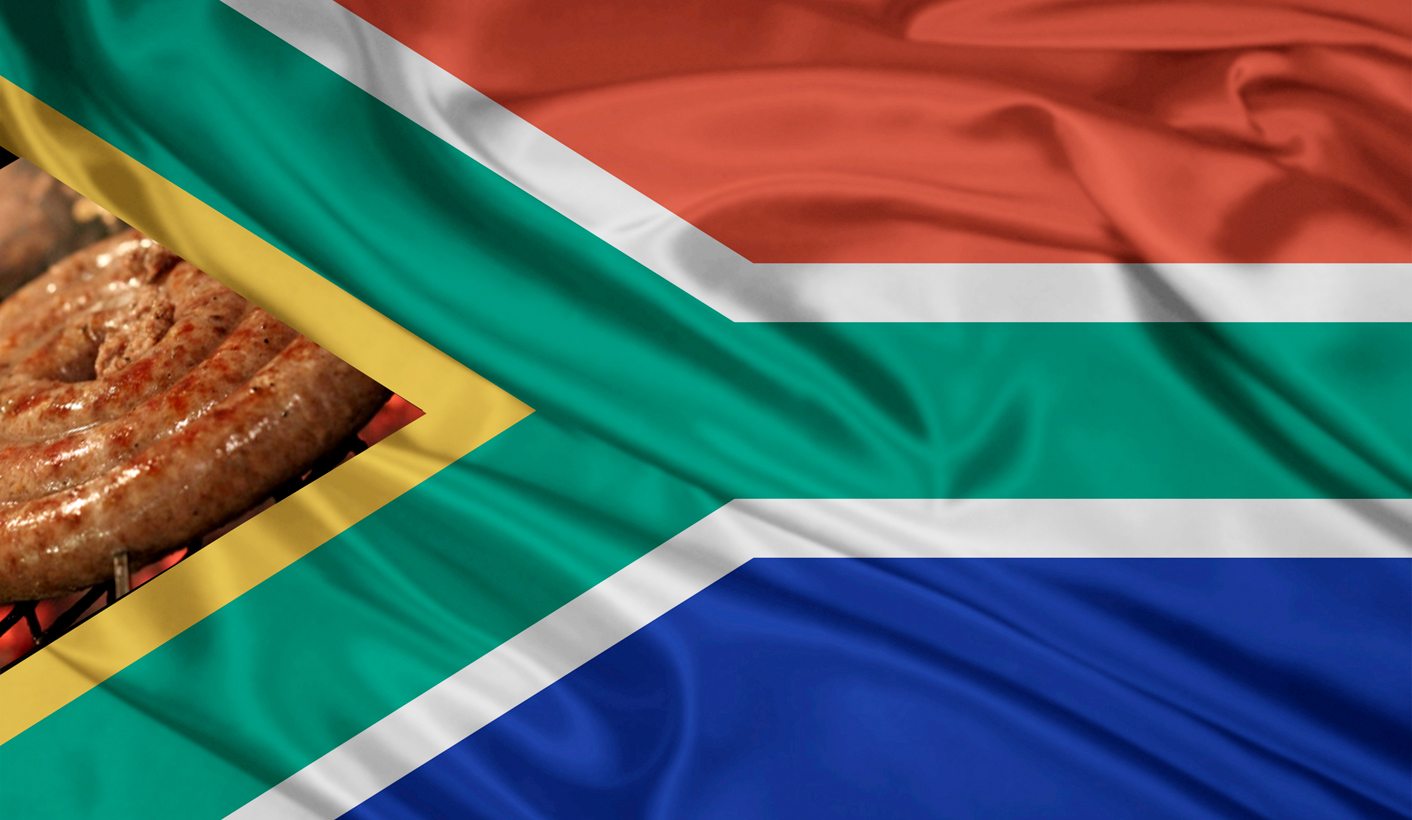 Public holidays put politicians on podiums and on Heritage Day they were geared for the 2014 elections. But on Tuesday there was a common message: South Africans have inherited different cultures and different circumstances, but the country’s reality and its future are tied to the point at which they meet. GREG NICOLSON tries to make sense of the day.

South Africa is a rather special country. From the turn of the twentieth century, when the English waged a brutal war against the Afrikaners, through to the days of Apartheid, when the state sought to separate black from white by creating separate homelands based on ethnicity, its different peoples have been defined and codified.

History. Heritage Day, like any other public holiday, puts politicians on a podium. They speak, a few people listen, everyone enjoys not going to work. This day, however, forces the speakers to touch on history, both the individual and shared narrative of the people of South Africa. The narrative can be separate: for example, the inspirational stories of Shaka Zulu’s great empire and a celebration of Zulu language and culture.

It can be shared: the values Shaka Zulu embodied which are inspirational to those across South Africa; the many cultures which fought against Apartheid; the shared pain in the brutal days and the shared celebration in the better days. In fact, it’s all interwoven. Despite the many cultures here, none can legitimately be separated, de-linked, from another or the whole.

On Tuesday, AgangSA leader, Mamphela Ramphele, who is as good a speaker as any (and before she was a politician would be a primary commentator on stuff like this) reminded a crowd in Tshikombani Stadium, Vhembe, of the country’s moto: !ke e:/xarra//ke – “people who are different joining together”.

“Stop and give praise for each other, brothers and sisters. And as we do so let us also carry our great leaders in our hearts, honour our ancestors and elders, many of whom fought and died over the last 300 years for our freedom. From our collective struggle was born a nation based on a constitution that protects the pillars of democracy with respect for the rule of law. At the heart of every culture we share the values of dignity, freedom and equality for all. These are golden threads that weave through us and bind us together,” said Ramphele.

“We must defend our country against those who talk of difference. The lines of our flag symbolise this convergence of values, as we move together as one, with common purpose in to the future. What upsets me is that there are those in this current ANC government who are so desperate to cling to power that they will risk dividing us. Beware the state sponsored tribalism of 100% Zuma, 100% Zulu, 100% Venda and 100% coloured. After thousands of years of corrupt monarchs and governments the world over oppressing and exploiting the people, are we really going to allow ourselves to be divided and ruled? We are still a young nation. The rise of tribalism and a return of racial politics risks the destruction of all that we have built together,” added Ramphele.

Deputy President Kgalema Motlanthe spoke for the state. He won’t play a role in the 2014 elections but his speech still emphasised the key theme that there needs to be unification in development and that the state can deliver.

SA’s history, said Motlanthe, is painful, but the aim is to create a non-racial, non-sexist, just society. “We should seize opportunities like this to pay homage to those who came before us and made remarkable contributions to the evolution and development of our country. We should be able to appreciate all the achievements that have resulted from our democracy and freedom. Similarly, we should be able to acknowledge the vast challenges that face our communities and work together to find solutions so that we can build a prosperous and better country for all,” he added.

“Finally, let me emphasise that Heritage Day is of utmost importance to the extent that it defines us as a people with a shared future. It symbolises the totality of our humanity, our history, our socio-political evolution and the need to overcome our fragmented past and to use such victory as a bridgehead to build a future defined by unity, democracy, non-racialism, non-sexism, justice and prosperity for all our people.”

The speeches, laced with Election 2014 rhetoric as they may be, all acknowledged the one thing: South Africans have inherited different cultures and different circumstances, but the country’s reality and its future is tied to the point at which they meet.

Or meat. Heritage Day is infuriatingly distracted by the Braai Day debate. Social occasions, get-togethers, parties, picnics – it doesn’t matter whether you braai meat or eat a vegan panini – the point is that the state wants to acknowledge something that is important to the country. It cannot dictate conversation amongst friends and family, making them talk about the histories of SA. But it can, and has, acknowledged one of the very rare things about the country: the country includes diverse cultures, sometimes divided, sometimes unified; they all need to be celebrated. Yet they are also shared, joined in the history of hundreds of years, and are all part of South Africa’s past, present and future. DM