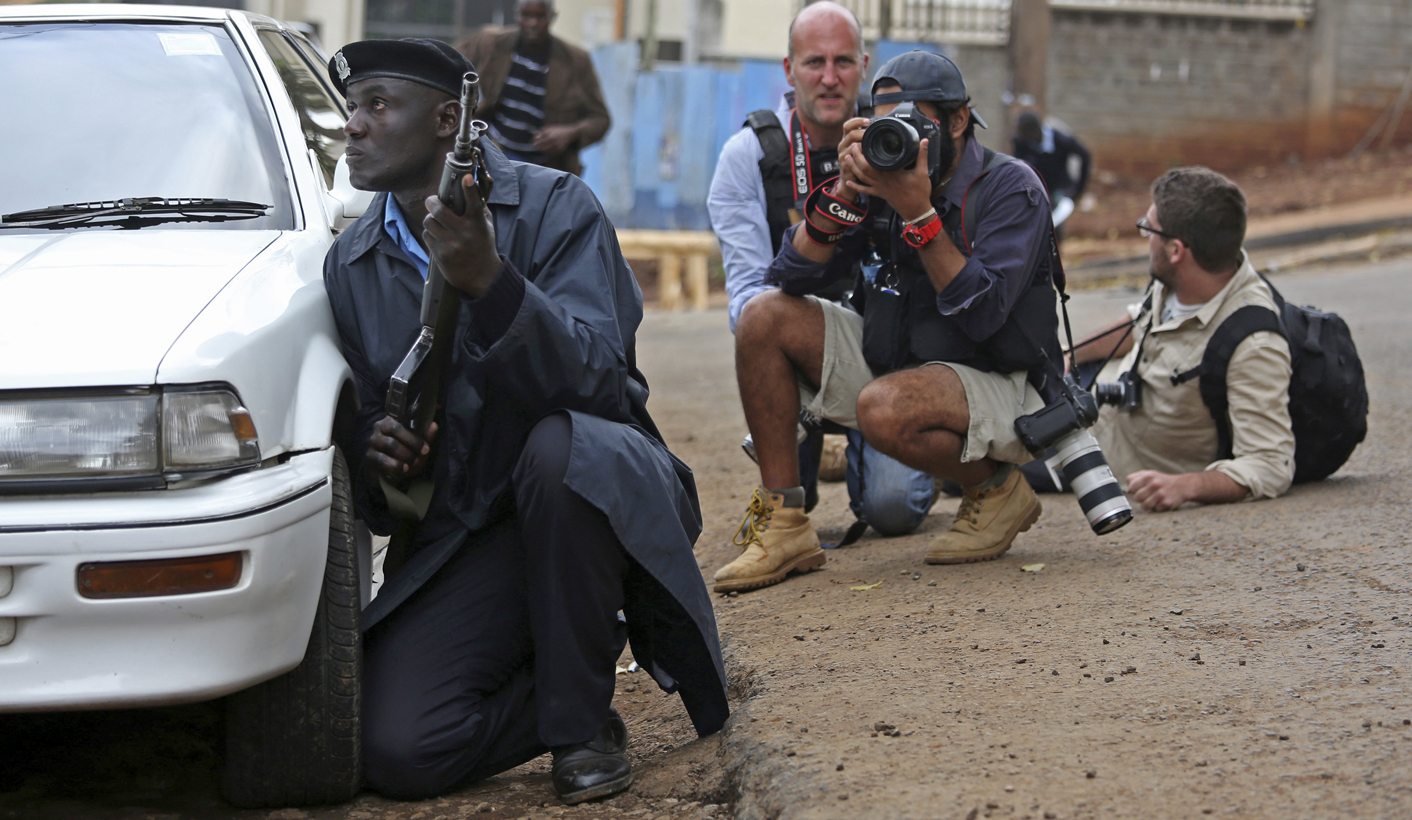 Islamist fighters from Somalia's al Shabaab held out at a Nairobi shopping centre after killing at least 62 people, surrounded by Kenyan forces trying to crush their group's cross-border jihad. By Duncan Miriri and James Macharia for Reuters.

President Barack Obama offered U.S. support as the raid went into its fourth day, saying he believed Kenya – the scene of one of al Qaeda’s first major attacks and a neighbour of chaotic Somalia – would continue to be a regional pillar of stability.

It remained unclear how many fighters and hostages were still cornered in Nairobi’s Westgate shopping centre on Tuesday, after a series of blasts and gunfire were followed by black smoke billowing from one part of the complex on Monday.

However, the Interior Ministry said on Twitter it was “in control” of the mall and believed all hostages had been freed.

As long ago as 1998, al Qaeda killed more than 200 people when it bombed the U.S. Embassy in Nairobi. When fighters from its Somali ideological counterpart stormed the mall last weekend, they hit a high-profile symbol of Kenya’s economic power.

Patronised by well-to-do Kenyans and expatriates, Westgate mall epitomised the African consumer bonanza that is drawing foreign investment – from West and East – to one of the world’s fastest growing regions.

Obama, whose father was born in Kenya, said the United States stood with Kenyans against “this terrible outrage”.

“We will provide them with whatever law enforcement support that is necessary. And we are confident that Kenya will continue to be a pillar of stability in Eastern Africa,” he said in New York.

Kenya has sent troops to Somalia as part of an African Union force trying to stabilise the country, which was long without a functioning government, and push back al Shabaab.

It has also suffered internal instability. President Uhuru Kenyatta, who lost a nephew in the weekend bloodbath, faces charges of crimes against humanity at the International Criminal Court for his alleged role in coordinating violence after disputed elections in 2007.

Kenyatta has dismissed a demand that he pull Kenyan forces out of Somalia, saying he would not relent in a “war on terror”.

British Defence Secretary Philip Hammond said he believed six Britons had died in the attack. Other known foreign victims are from China, Ghana, France, the Netherlands and Canada.

Kenya believes there are also foreigners among the attackers, with military chief Julius Karangi saying they came from all over the world. “We are fighting global terrorism here,” he said, without giving their nationalities.

White House deputy national security adviser Ben Rhodes said he had no direct information that Americans had participated in the attack, but expressed U.S. worries.

“We do monitor very carefully and have for some time been concerned about efforts by al Shabaab to recruit Americans or U.S. persons to come to Somalia,” Rhodes told reporters travelling with Obama to the United Nations in New York.

The siege has followed a pattern of bursts of gunfire and activity followed by long lulls. In the small hours of Tuesday, the mall was quiet after a day in which the flow of survivors escaping the complex slowed to trickle.

Armed police patrolled but from behind the security cordon there was no sign of forces preparing to end the stalemate overnight.

Interior Minister Joseph Ole Lenku said the militants had set fire to mattresses in a supermarket on the mall’s lower floors and his ministry later said the blaze was under control. Two attackers were killed on Monday, taking the total of dead militants so far to three, he told a news conference.

Speculation rose about the identity of the attackers. Ole Lenku said they were all men but that some had dressed as women.

Despite his assertion, one intelligence officer and two soldiers told Reuters that one of the dead militants was a white woman. This is likely to fuel speculation that she is the wanted widow of one of the suicide bombers who together killed more than 50 civilians on London’s transport system in 2005.

Called the “white widow” by the British press, Samantha Lewthwaite is wanted in connection with an alleged plot to attack hotels and restaurants in Kenya. Asked if the dead woman was Lewthwaite, the intelligence officer said: “We don’t know.”

Survivors’ tales of the assault by squads of attackers throwing grenades and spraying automatic fire have left little doubt the hostage-takers are willing to go on killing. Previous raids around the world, including at a desert gas plant in Algeria nine months ago, suggest they are also ready to die.

A spokesman for al Shabaab warned they would kill hostages if Kenyan troops tried to storm their positions. “The mujahideen will kill the hostages if the enemies use force,” Sheikh Ali Mohamud Rage said in an online audio statement.

From Mali to Algeria, Nigeria to Kenya, violent Islamist groups – tapping into local poverty, conflict, inequality or exclusion but espousing a similar anti-Western, anti-Christian creed – are striking at state authority and international interests, both economic and political.

John Campbell, a former U.S. ambassador to Nigeria, said he believed insurgents such as those who rebelled in Mali last year, the Nigerian Boko Haram Islamist sect and the Nairobi mall raiders were also partly motivated by anger with what he called “pervasive malgovernance” in Africa.

“This is undoubtedly anti-Western and anti-Christian but it also taps into a lot of deep popular anger against the political economy in which they find themselves, in which a very small group of people are basically raking off the wealth,” he said. DM

Photo: A policeman and photographers take cover after hearing gun shots near the Westgate shopping centre in Nairobi September 23, 2013. Thick smoke poured from the besieged Nairobi mall where Kenyan officials said their forces were closing in on Islamists holding hostages on Monday, three days after a raid by Somalia’s al Shabaab killed at least 62 people. It remained unclear how many gunmen and hostages were still cornered in the Westgate shopping centre, two hours after a series of loud explosions and gunfire were followed by a plume of black smoke, that grew in volume from one part of the complex. REUTERS/Karel Prinsloo