Game on: Nintendo’s master dies, while Grand Theft Auto kills everything in sight 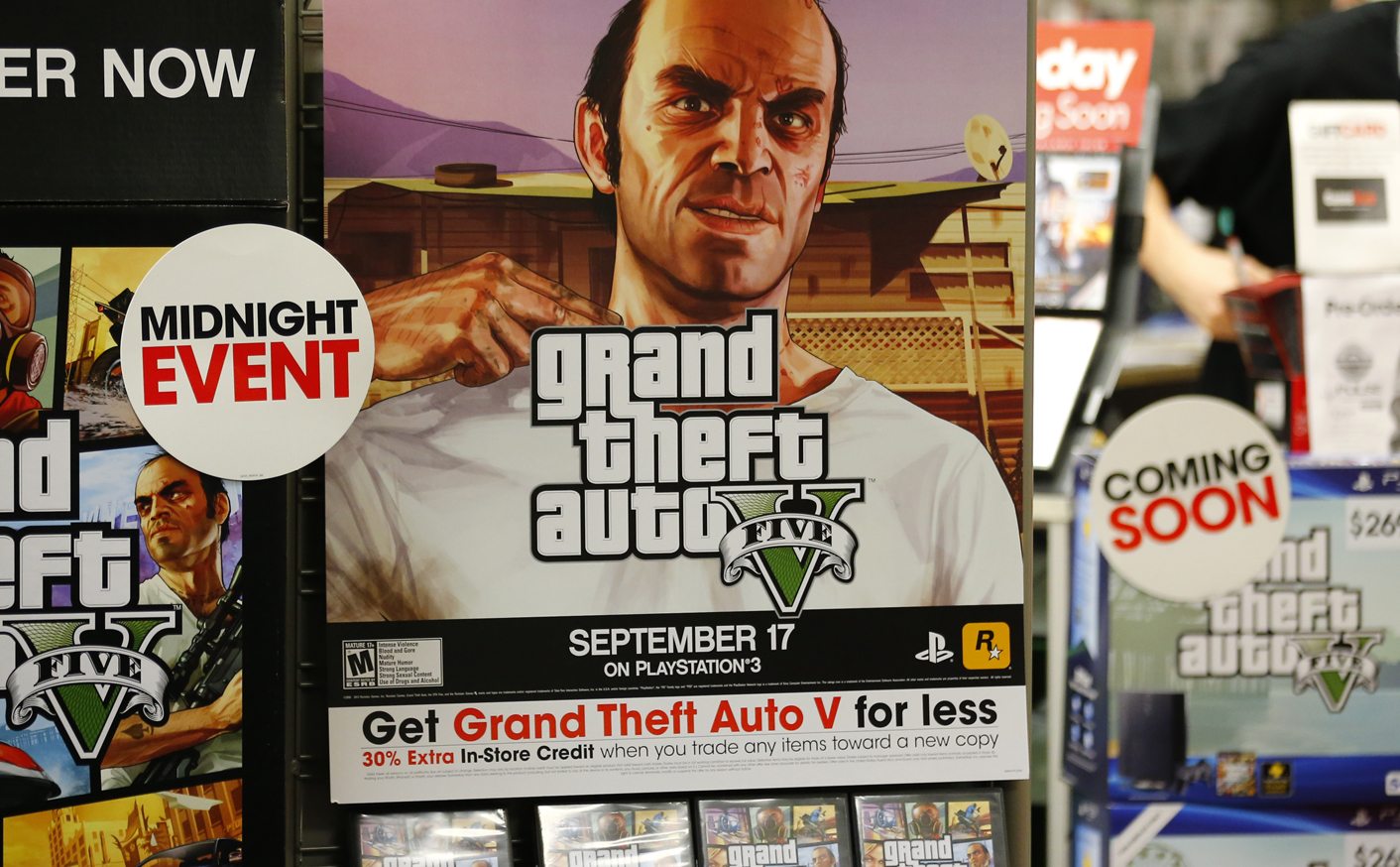 This week has proved a landmark in the history of the videogame industry. First, the fifth entry in the notorious Grand Theft Auto franchise grossed a staggering $800 million in its first 24 hours. And the man who transformed Nintendo from a playing card company into a revolutionary electronic gaming icon, Hiroshi Yamauchi, has died at 85. From Donkey Kong to beating hookers with a lead pipe, gaming has come of age. By RICHARD POPLAK.

Like the head of any respectable, world-changing Japanese electronics company, Hiroshi Yamauchi claimed to be somewhat baffled by his signature product. Videogames weren’t quite his thing. Growing up in the care of his grandparents after his father deserted the family, he learned the Japanese board game Go, at which he became a master.

By the time Yamauchi wrested control of his grandfather’s playing card business in 1949, he knew that he had to diversify. And diversify he did—chasing one toy idea after another, all of which he claimed had a “lack of imagination”. Until he arrived at arcade games, and changed everything.

This week, as the gaming world mourns one of its leading lights, Rockstar Games debuted the latest title in its signature Grand Theft Auto franchise. Five is bigger, deeper, longer and more astonishing than anything that has come before it—a genuinely avant-garde storytelling experiment that allows the player to switch between the perspectives of three shady characters, while the other two continue “living” their lives without the ministrations of the joystick wielder. The game, which cost $115 million to make and a further $150 million to market, was a guaranteed smash, having sold 3.5 million units on pre-order. But no one quite expected almost a billion dollars in sales in the first 24 hours.

One can’t credit GTA’s success entirely to Mr. Yamauchi, but he was certainly no stranger to pre-release buzz and line-ups that snaked through entire neighbourhoods in Tokyo and Los Angeles. Eighteen of the top-20 selling games of all time are Nintendo releases. In 1983, the Nintendo Entertainment System, then called Famicom, sold over 50 million units, blowing away rivals and establishing a dominance that lasted, on and off (currently off) for decades. The games were not exactly Joyce’s Ulysses level masterpieces, but the likes of Super Mario Brothers and Donkey Kong have provided the human species with roughly a trillion hours of entertainment, in which nothing but pixels died.

The NES was followed by Nintendo 64, the Nintendo Game Cube, and the Game Boy carry and play machines. All were culture-defining smash hits. Yamauchi’s not-so-secret weapon was the game designer Shigeru Miyamoto, papa to Mario Bros, Donkey Kong, Legends of Zelda, and the Wii—another product that redefined how video games were played, and got people off their couches for the first time since the 1940s.

Which is not to say that Nintendo hasn’t released its share of stinkers. The Virtual Boy portable console is a baffling product that pleased a net total of nobody. While the DS handheld machine has been successful, it hasn’t been able to fend off the assault from mobile phone gaming, which batters Nintendo by the day. As it stands, the company is not quite a has been, but needs a new zinger if it hopes to survive the mobile wars, and live to fight gaming’s latest phase.

Photo: Then Japanese game maker Nintendo President Hiroshi Yamauchi poses for photographers at a Tokyo hotel in this September 2, 1999 file photo. Yamauchi, who built the company into a video game giant from a maker of playing cards during more than half a century at the helm, died on Thursday of pneumonia, the company said. He was 85. REUTERS/Files

And what a phase it is proving to be. Yes, there is plenty First Person Shooter Call of Duty-ish dross. But every now and again, something like GTA 5 comes along, and proves that the form can offer new storytelling forms. No two people will have the same experience playing the game, so vast is the universe Rockstar has created. GTA 5 takes place in Los Santos, a version of Los Angeles, in which three shady hoods drift along, tying to make a buck or a million. At heart, the game is a sprawling role player, but it is also a satire, shredding everything from video games (an FPS called “Righteous Slaughter” is played by a kid with the word “entitled” tattooed on his neck) to the current state of our culture.

The “GTA is killing our children” chorus has dimmed their invective somewhat, now that we’ve apparently wised up to the fact that it’s difficult to murder 12 people in a naval yard with a Playstation 3. Now, the franchise is getting the credit it deserves for relentlessly pushing the form forward. Heady days indeed.

But not quite as heady as the breathless press would have us believe. Grand Theft Auto moved $800 million worth of product in its first 24 hours, a number the video game industry insists Hollywood could never, and will never, match. But at an average of $60 a pop, GTA 5 comes nowhere near to besting the international launch of Harry Potter and the Deathly Hallows: Part 2, which earned $482 million in its first weekend. “Huh?” you ask. Consider the fact that Harry’s punters spent an average of roughly $9 a ticket. That evens out to 13,333,333 million punters for GTA 5, and a staggering 54 million for the final Potter film. The difference between a genuine cultural phenomenon and a highly successful niche product?

That said, nothing can diminish the roaring success of the fifth iteration of the world’s most controversial videogame, which is being dubbed as one of the very best ever made. There are almost no limits on how far the industry can grow, but as I’ve written before in these pages, sequel-itus is a genuine disease, and it kills. So far, the GTA franchise has dodged a lethal case. So, as the gaming world buries one luminary, it places a new product in the canon. It is almost impossible to know what the future holds for the industry, but although Hiroshi Yamauchi will not be around to see it, he was one of those who helped pave the way. DM