All aboard the Addis-Djibouti Express! 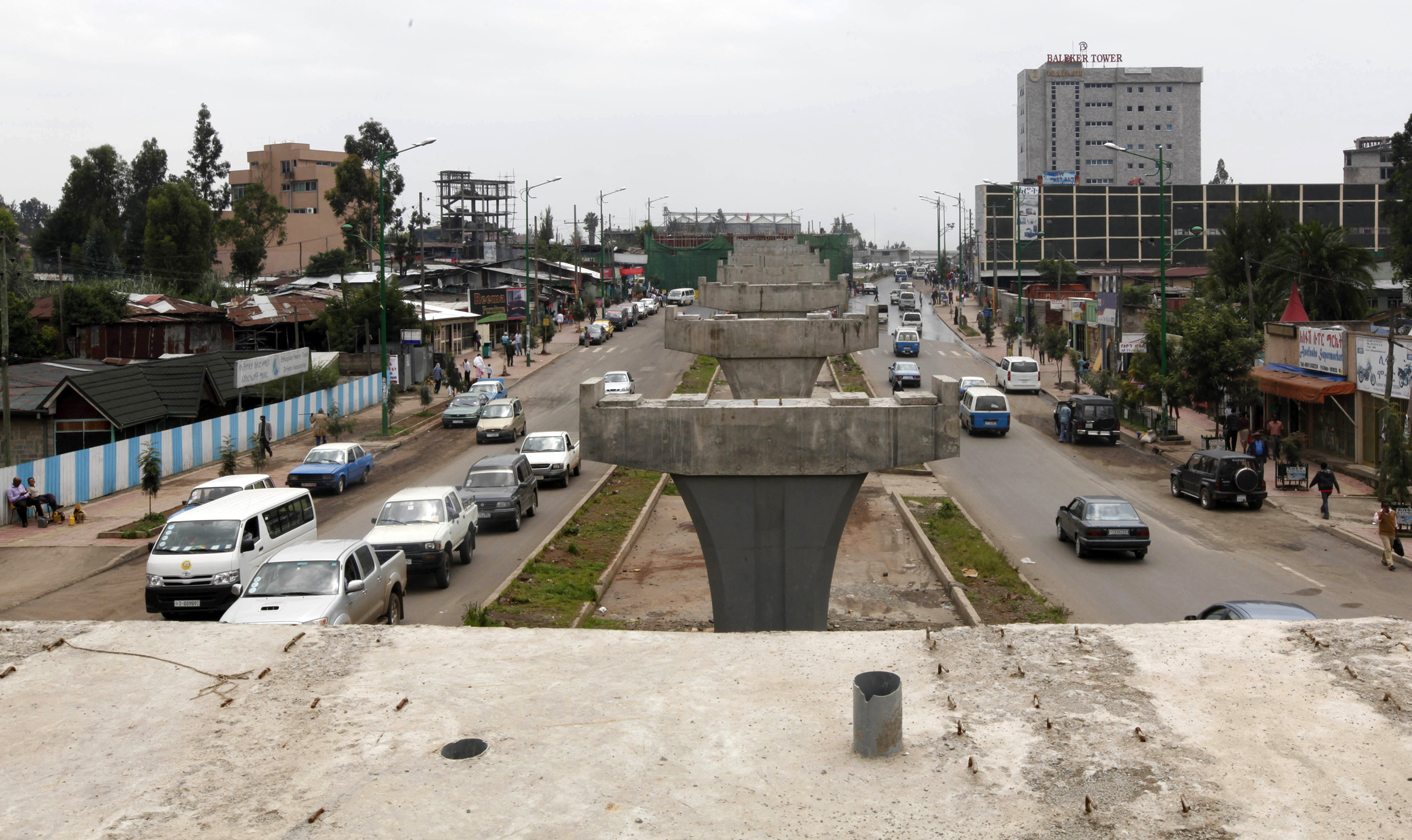 Once upon a time, there was a railway line linking Addis Ababa with Djibouti. Haphazard and unmaintained, the route fell out of service and land-locked Ethiopia lost one of its most important lifelines to the sea. But it’s nothing a little bit of Chinese money can’t fix. Construction has begun on a new and improved service linking the two cities. By SIMON ALLISON.

The railway line between Addis Ababa and Djibouti was one of the great colonial undertakings. With permission from Emperor Menelik II, the grandly named Compagnie Impériale des Chemins de Fer Ethiopiens (the Imperial Railway Company of Ethiopia) began working on the track in 1896. After 21 years, a couple of bankruptcies and the construction of an entirely new city (the modern Dire Dawa), it was finally complete.

For decades, it was a lifeline for landlocked Ethiopia; the only efficient, reasonably reliable access to a port. And yet it was allowed to crumble, eventually forcing the trains to a halt. Two years ago, when I visited, the beautiful old station in Dire Dawa, which had been the hub of the Addis-Djibouti line, was disused and dilapidated, its walls used instead as a makeshift projector screen for football matches.

Travel author Paul Theroux was one of the last to make the journey between Addis and Dire Dawa, which he lovingly chronicled in Dark Star Safari, painting a picture of confusion and neglect:

“The Dire Dawa train was leaving early the next morning. If I didn’t take it I would have to wait three days for another. I went to the station and bought my tickets, looked at the inside of the train – not bad, not good: most trains in Africa look as if they are on their way to Auschwitz – and the next day returned and boarded it. Apart from the departure time, there was no timetable. No one knew when were expected to arrive in Dire Dawa. ‘Tomorrow’, the best guess, was alright with me.”

The deterioration of the Addis-Djibouti line was a symptom of Ethiopia’s larger malaise. Poor governance, conflict and corruption conspired to stunt the country’s growth for decades. It was a devastating blow for the economy, leaving traders reliant on exorbitant airfreight and long, unpredictable truck journeys to get their goods out.

As governance in Ethiopia improved, however, and the economy with it, attention has returned to the railway line. An Italian company was contracted six years ago to restore the Dire Dawa-Djibouti leg, which was completed earlier this month (just three years behind schedule). The track is now being tested, following which passenger trains will run between the two cities three times a week.

More importantly, a project to build an entirely new railway was officially launched in Djibouti on Monday. This will follow much the same route as the old Addis-Djibouti line, but will be made of modern, wide-gauge track that will accommodate bigger and faster trains. Predictably, a Chinese construction firm is doing the work, financed by a $600-million loan from the China Eximbank. It will connect directly with Djibouti’s already-bustling port (which is also being revamped and expanded), and there are plans to extend the line to other parts of Ethiopia, as well as to South Sudan. Construction is expected to be complete by 2016.

Just how important this railway line could be was illustrated by another story this week. In Kampala’s Independent newspaper, Edward Ojulu wrote about why more than 50% of truck drivers from Rwanda – another land-locked African country – prefer to take the “northern corridor” through Kampala and then on to Mombasa rather than the more direct route to Dar es Salaam.

The main reason is disturbingly mundane: even though the northern corridor is 400km longer, and takes them through two different countries, there are less weighbridges than on the road to Dar es Salaam, meaning less delays and less opportunity for corruption. Coupled with an unpopular per-axle tax and inefficiency at Dar’s port, most truckers are choosing the extra distance to Mombasa over the extra hassle to Dar.

Axle counts and weighbridges: these are the kinds of impediments which African freight must overcome, because all too often there is no other alternative. Even the route to Mombasa is neither particularly quick nor efficient; it’s just the best of a bunch of poor options.

Ethiopia’s new railway, once complete, will give that country another option, another way out – one that should be modern, fast, reliable and considerably cheaper. Paul Theroux would probably hate it, but for Ethiopia it is essential if the country wants to keep up its position as one of Africa’s fastest-growing economies. DM