Summertime over, the world sings hallelujah 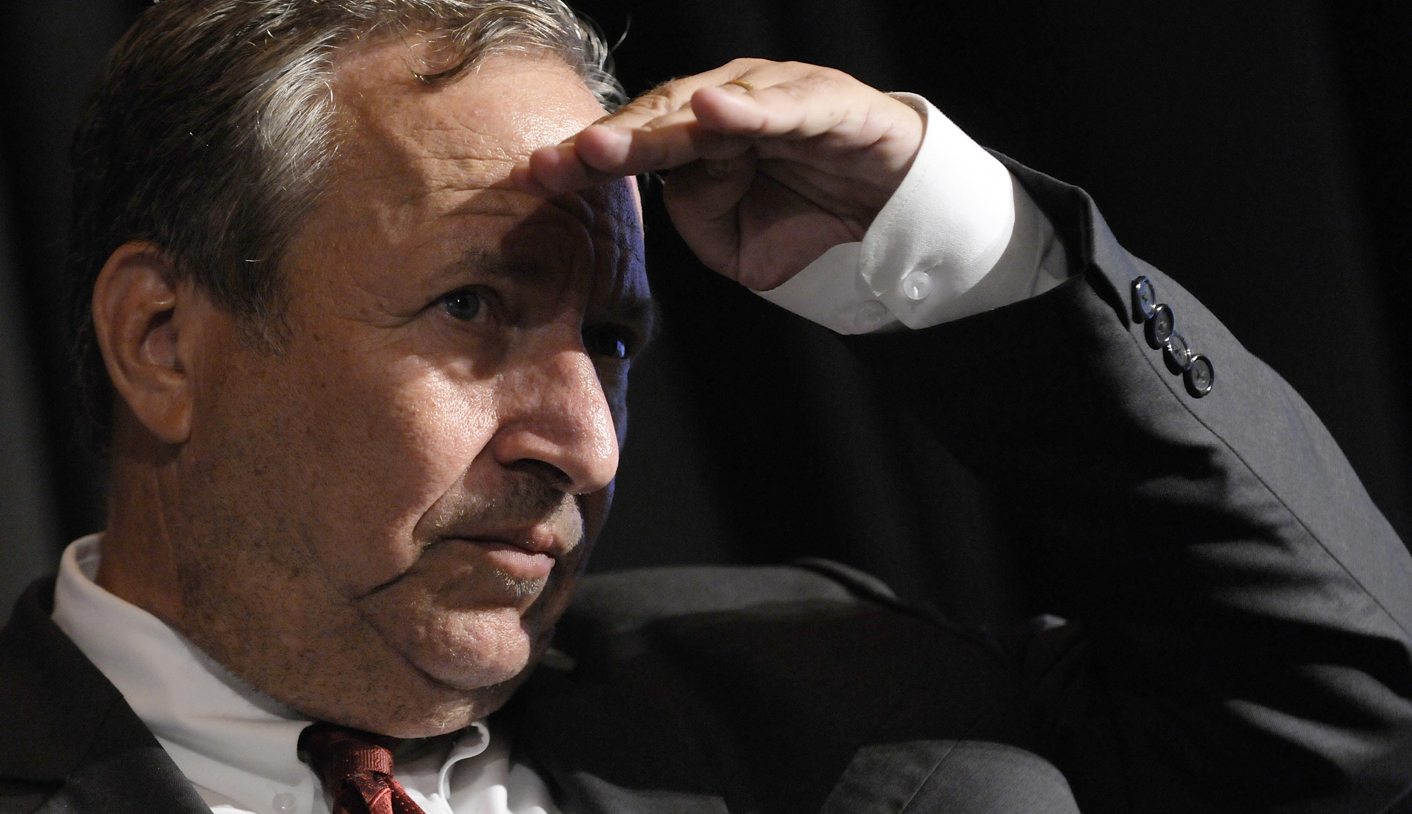 There could be no winners in the high-stakes poker game over who will head the United States Federal Reserve when the current chairman, Ben Bernanke, steps down in January. That’s because in characteristic fashion, President Obama fumbled the cards, flipped over the table, accidentally choked out the dealer and set the casino on fire. The good news, however, is that the man who helped implode the global financial system will not become the most powerful economist in the world. By RICHARD POPLAK.

The economist Larry Summers is largely unbeloved. Women hate him. Men hate him. Democrats hate him. Republicans hate him. Invite Larry Summers to a dinner party, and when he’s done inadvertently destroying the land-value of your neighbourhood, he’ll leave you friendless, enraged and possibly suicidal. This explains why Obama, in a moment of madness, wanted him to run the Fed.

Summers is arguably the most famous economist in the world, bar the current chairman of the Federal Reserve, Ben Bernanke and his libertarian predecessor and Madame Tussaud model, Alan Greenspan. For the credulous among us, Summers is “responsible” for saving the finances of the globe from the brink of destruction during his directorship of the United States National Economic Council, between January 2009 and November 2010. You’ll recall that the planet’s bank balance was a net zero and, we are told, it was Obama’s quick thinking stimuli that saved us all from certain perdition. And Larry Summers steady hand was on the helm, guiding the President through the rapids of the River Styx.

Which is a wonderful narrative if you’re willing to ignore why we were floating down shit’s creek in the first place. In this, Summers also deserves some credit. When he served as the Secretary of the Treasury under president Bill Clinton from 1999 to 2001, he was one of the more vociferous and hawkish deregulators, who hadn’t met a bank he wouldn’t want to free from pesky laws and annoying limits. The mega-banks that teetered and toppled and brought us all down with them were a direct result of the policies Summers the Great helped usher in during the late 90s. By endorsing the Gramm-Leach-Bliley act in 1999, he was a major factor in killing Glass Steagall, so that banks could become speculators with their customers’ money, which was in turn guaranteed by the government because said “banks” had become too big to fail. “Today,” crowed Summers happily, “Congress voted to update the rules that have governed financial services since the Great Depression and replace them with a system for the 21st century.”

You’d think this would have tarnished Summers’ reputation somewhat in the White House, but nope. Obama was determined to see him installed in the Fed, because once you’re in the circle, you never leave, even if you happen to lose a trillion or so dollars and render a few million Americans jobless and homeless. Economists, you see, are like meteorologists – a best guess is good enough.

That said, there are some further blemishes on Summer’s lengthy CV. Summers comes from a family of economists: both his parents were professors at the University of Pennsylvania. At the age of 28, he was one of the youngest tenured professors at Harvard University. His early work was noted for its hard-nosed pragmatics, its reliance on empirical data and its utter lack of flightiness. Inevitably, he advised the Reagan administration, and by 1991 he was the World Bank’s Chief Economist. Equally inevitably, the Bank provided his CV with the first of about a million black marks. The notorious Summers Memo, which Summers insists wasn’t written by him and was meant as sarcastic and blah blah, is one of those great moments that has helped us Third Worlders lose faith in the Bank’s judgment. To wit:

“The measurements of the costs of health impairing pollution depends on the foregone earnings from increased morbidity and mortality. From this point of view a given amount of health impairing pollution should be done in the country with the lowest cost, which will be the country with the lowest wages. I think the economic logic behind dumping a load of toxic waste in the lowest wage country is impeccable and we should face up to that. The costs of pollution are likely to be non-linear as the initial increments of pollution probably have very low cost. I’ve always thought that under-populated countries in Africa are vastly UNDER-polluted, their air quality is probably vastly inefficiently low compared to Los Angeles or Mexico City.”

It gets worse. After ruining the global economy, Summers returned to Harvard to teach others how to do the same. For his efforts, he became president of the institution in 2001 and promptly criticised the “rap” album of a respected African American studies professor, Cornell West, as an “embarrassment”, and famously talked some crap about why women are bound to never succeed in the sciences. More egregiously, in an affair that alone should disqualify him for working at a government post office, never mind the Fed, he backed an economist named Andrei Shleifer in a conflict of interest case. Shleifer, a Summers protégé, had advised the Russian government on its privatisation programme, even though Shleifer was buying up Russian stock along the way. Harvard kept Shleifer on faculty, and paid the $28.5-million settlement.

That should end it, no? No. Obama huffed and heaved to get Summers into the Fed, and ended up bungling the entire procedure by announcing Bernanke’s retirement and causing all of the rampant speculation to begin. Janet Yellen, the Fed’s current vice-chairman, is eminently qualified and is also in the running, but by so loudly tub-thumping Summers, Obama has undermined her chances. But it was becoming increasingly evident that the Senate Banking Committee’s Democrats were unlikely to back Summers, a trend that is becoming a trope of the Obama presidency.

For once in his life Summers paid attention to the obvious signs and sent Obama a letter regretfully removing his name from the list, and Obama regretfully relented. Summers can now concentrate on making hundreds of millions in the private sector, instead of running the Fed and making hundreds of millions in the private sector. For Larry Summers, the “free market” means doing whatsoever you please, while making sure that your pals in the Fed and government help you out when things get rough. He’s little more than a crooked, arrogant fool, and Wall Street is the best place for him. DM