CAR: Teetering on the brink of further conflict 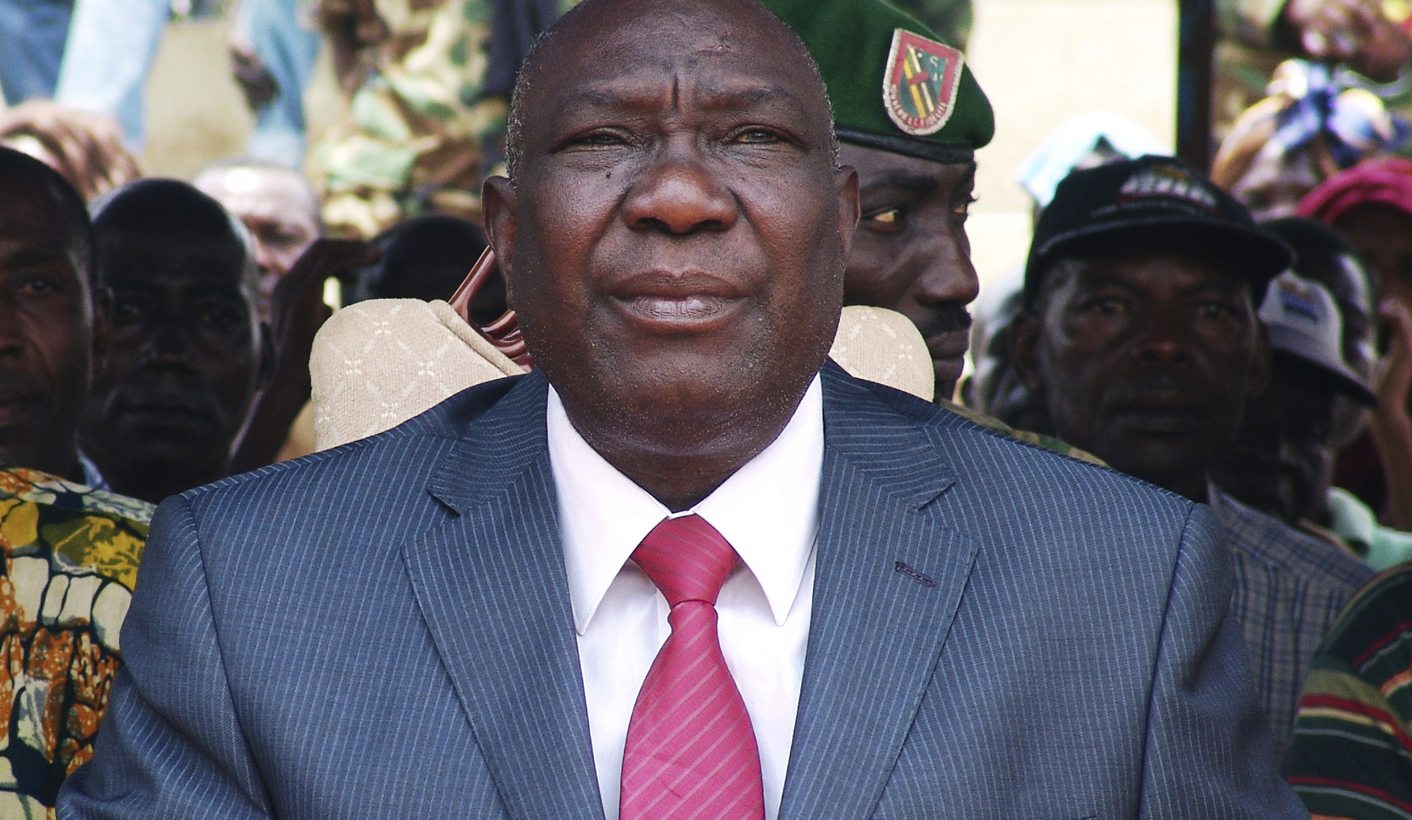 Six months after the coup d’état that forced Francois Bozizé out of power and that exposed the cost of South Africa’s ambitious foreign policy, the Central African Republic (CAR) is still embroiled in conflict. Displacement, sexual violence, extrajudicial killings, a proliferation of arms, high levels of malaria and the collapse of the public health system have marred efforts to stabilise the country.

And while South African troops are (thankfully) no longer on the frontlines in Bangui, the conflict the South African National Defence Force (SADF) was ensnared in continues to threaten the stability of the entire region.

Last week, more than 100 people were killed in clashes in Bossangoa in the north east of the country between remnants of forces loyal to Bozizé, and factions of the Seleka rebel coalition.

On Friday, the Central African Republic’s new leader, Michel Djotodia formally dissolved the Seleka rebel coalition that ousted Bozizé. The decree from Djotodia’s office declared, “Any individual or group of individuals who act in the name of Seleka … after the publication of the present decree … will expose themselves to the full sanctions available under law”.

It remains to be seen, however, if the formal dissolution of Seleka will persuade those fighting in its name to disarm.

While the rebel coalition has splintered, undermining the new administration’s ability to take control of some parts of the country, the rebels have also been accused of a spate of crimes including looting and killing civilians.

While Djotodia has tried to distance himself from the rebels as he sets up an interim government in preparation for elections next year, the United Nations has slammed Seleka for its crimes.

In a report released last Thursday the UN said, “Seleka also engaged in sexual violence and grave violations against children.” The report also lists violations committed by forces loyal to Bozizé and recommends that the new transitional government take urgent measures to restore security and screen both rebel fighters and soldiers of the national army. Djotodia has already dismissed the head of the armed forces following the clashes with Bozizé supporters in the north east of the country.

The report also asked the UN’s human rights council to appoint a special procedure on the human rights situation in the country, and if possible refer potential war crimes possibly to the International Criminal Court.

Last month, UN secretary general Ban Ki-moon recommended the UN Security Council impose sanctions on CAR in response to the abuses taking place in the country, while the ICC prosecutor also warned that she was studying the situation in the country closely.

But while the international community bides its time, security in the country continues to deteriorate.

On Sunday, France24 reporter Nicholas Germain reported that his colleagues, Etienne Huver and Boris Heger, who were the first journalists to reach Bossangoa, the scene of last week’s brutal clashes, said the town is isolated. Telephone lines and electricity have been cut and bridges leading into the town have been completely destroyed.

While the fighting in Bossangoa culminated in clashes between forces loyal to Bozizé and Seleka rebels, here too there were traces of inter-religious conflict.

“Muslims & Christians nearly killed each other after death in ambush of Muslim businessman,” Germain wrote on Twitter. “More than 6000 Christians sleeping around bishop’s HQ. 2 latrines and 1 tap for all of them.”

Seleka rebels are increasingly being described as “Muslim” rebels feeding into a reported fear among the majority Christians that Djotodia and his Muslim counterparts from the north seek to impose an Islamist agenda in CAR.

Djotodia, who is Muslim, appealed to his countrymen shortly after the coup to reign in sectarian tensions. “The Central African Republic is a secular state,” Djotodia said in March. “It is true that I am Muslim, but I must serve my country, all Central Africans.” He warned, however, “some people with bad intentions want to lead the country into inter-religious conflict”.

While the international peacekeeping force has remained in Bossangoa “to prevent a bloodbath”, they too are enforcing peace with just two military trucks.

Allam-Mi Ahmad, secretary general of the central African regional body, the Economic Community of Central African States (ECCAS) visited Bangui last Thursday and said afterwards that “the regional force present in the Central African Republic will help to neutralise the rebel forces in the country and protect the civilian populations”.

This weekend, the Republic of Congo announced that it has sent 200 more soldiers to the Multinational Force of Central Africa (Fomac) as the force transforms itself into a 3,600-strong international peacekeeping mission.

Fomac itself, however, has not endeared itself to some in CAR.

Reports were that thousands of civilians fled to CAR’s main international airport in order to escape Seleka rebels, occupying the tarmac for 18 hours as a sign of protest. What began as an evacuation became a protest against the state of lawlessness in the country.

“Our presence here at the airport has one goal – to get the world’s attention. Because we are fed up with these Seleka,” Antoine Gazama said.

Last month, French President, Francois Hollande, called on the UN Security Council and the AU to stop the “Somalisation” of CAR, warning it was at risk of going the same way as Somalia.

But with an international peacekeeping force already stationed in the country, international efforts in CAR may now turn to how best to restore democratic rule to the region.

According to Human Rights Watch the administrative state of CAR has been gutted and many official documents have been destroyed. “It is impossible to imagine credible elections taking place in just over a year,” the rights group says.

The formation of an AU administered trust for CAR in order to establish the necessary institutions to pave the way for the elections next year has been discussed at length by Eccas leaders, France and South Africa. When exactly this fund will come to fruition however remains to be seen.

In the meanwhile, CAR teeters on the brink of further conflict. DM