Zuma sends Secrecy Bill back to the naughty corner 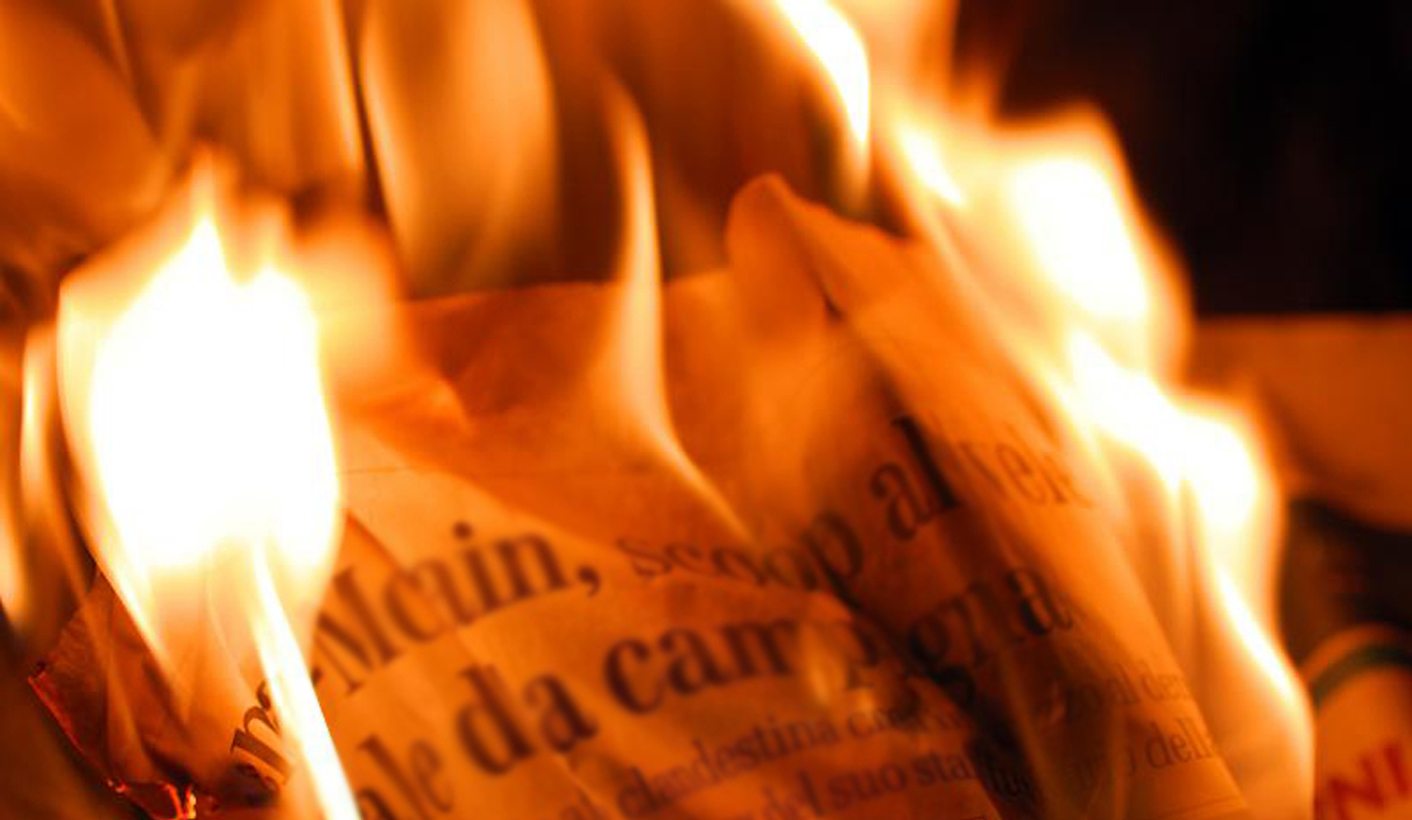 Rights groups celebrated on Thursday after President Jacob Zuma sent the Protection of State Information Bill back to the National Assembly. After years of controversy, the ANC had the “Secrecy Bill” in the president’s hands, but Zuma changed his mind in the last moment. By GREG NICOLSON.

“I have given consideration to the Bill in its entirety and the various opinions and commentaries regarding the constitutionality and tagging of the Bill. After consideration of the Bill and having applied my mind thereto, I am of the view that the Bill as it stands does not pass constitutional muster,” said the President, four months after he was given the Bill to consider and sign into law.

Opposition parties and rights organisations were still waiting on Thursday night to see the detailed reasons for why Zuma sent the Bill back to the National Assembly. But nonetheless, political parties welcomed Zuma’s decision to review the law.

The Democratic Alliance claimed a small victory, but said the fight to have the Bill withdrawn must continue. “In May this year, DA Leader Helen Zille and I, members of the Ad Hoc Committee on the Protection of State Information Bill, DA MP Dene Smuts and ACDP MP, Steve Swart petitioned the President requesting that he send the Bill back to Parliament,” said the party’s parliamentary leader Lindiwe Mazibuko. “The DA has fought hard to ensure that this Bill, in its current form, is not signed into law and will continue to do so.”

The Right2Know Campaign, which has been one of the leading voices against the Bill, called on Parliament to “redeem themselves” by redrafting the Bill and focus on wide-ranging concerns, such as the lack of a full public interest clause and prison sentences of up to 25 years for offences.

ANC chief whip, Stone Sizani, explained, “The President has written to Parliament pointing out several clauses which should be changed to ensure that the Bill passes the constitutional muster. We appreciate the President’s views on the Bill. Indeed Parliament must ensure that an appropriate process is instituted to ensure that amendments are accordingly effected. It is important that the laws Parliament pass are of highest quality and are not in conflict with the constitution.”

On Thursday Zuma explained, “I have referred the Bill to the National Assembly for reconsideration insofar as Sections of the Bill, in particular Sections 42 and 45, lack meaning and coherence, consequently are irrational and accordingly are unconstitutional.”

After multiple changes to the Bill and almost three years of debate, the National Assembly adopted it in April. Public outcry and host of organisations in opposition led to the final draft a much-improved document.

But Right2Know says even with the changes and the concerns Zuma raised, the Bill is still dangerous to democracy. “In his brief statement, President Zuma only mentioned concerns around Section 42 Section 45 of the Secrecy Bill. These are only two of many draconian aspects of Bill that Parliament must resolve to avoid a constitutional,” said the group’s spokesperson Murray Hunter.

“We view the President’s action as an important victory, not only for the struggle for social justice, but for a mobilised citizenry […] Parliament must now take up the baton and remove every draconian measure from the poisonous Bill.”

Freedom of Expression executive director, Dean Butale, welcomed Zuma’s decision but referred to other areas of the Bill that may conflict with the constitution. “The lack of a full public interest defence clause, vague definitions which open up room for potential manipulation and harsh sentences are amongst many other draconian implications of this Bill which were passed by an overwhelming majority by the National Assembly in April. It is alarming that the bar of constitutionality has been set so low by those we have entrusted to safeguard the values we hold so close and live up in a democratic South Africa,” said Butale.

After the Bill was passed in the National Assembly, many critics thought the next stop would be to challenge it in the Constitutional Court. The ANC had been determined to pass the law, despite years of vocal opposition and criticism that the party wants to protect itself from embarrassment and keep corruption out of the public eye.

The Bill would make it difficult for the media to expose some state information and as such it looked like an attack on the freedom of the press.

Zuma’s move comes at an interesting time. With the launch of the ANN7 and SABC 24-hour news channels, he has encouraged the media to tell more positive stories about South Africa. Speaking to students on Tuesday, Zuma suggested media companies focus on negative news in order to make a profit while neglecting to tell SA’s success stories. According to the Mail & Guardian, he suggested South Africa needs “patriotic reporting”, keeping negative stories out of the media to promote a positive image of the country.

“Media is a business, it’s not what is says – a watchdog, it’s a business, they are doing business. The paper must sell, if the sales go down because the editor isn’t doing well, he’ll be dismissed,” Zuma told students from the Tshwane University of College while they were visiting Cape Town.

“When I had a discussion with the [media] owners,” he said, “it was clear to me that their interest is to make profit, no matter how you report, even if you blow the minds of the young ones about [publishing a graphic picture of] a dead person, it’s not a matter, they just want the money.”

On Thursday, the presidency sent a clarification statement: “The President’s view is that the profit motive influences content as media products need to sell in order to make money and warned journalists of the future to be mindful of this imperative against their role of informing the South African public in a balanced and truthful manner. He also emphasised the role of media owners and their responsibility to ensure that their products reflected a balanced view of the country and not only negative news.”

South Africa’s ranking in the latest Reporters Without Borders World Press Freedom Index fell 10 places in the last year to 53rd. The drop was largely due to the legislative threats to investigative journalism.

The Bill now has to go back to the committees and will begin the very long journey of working its way back to Zuma. DM