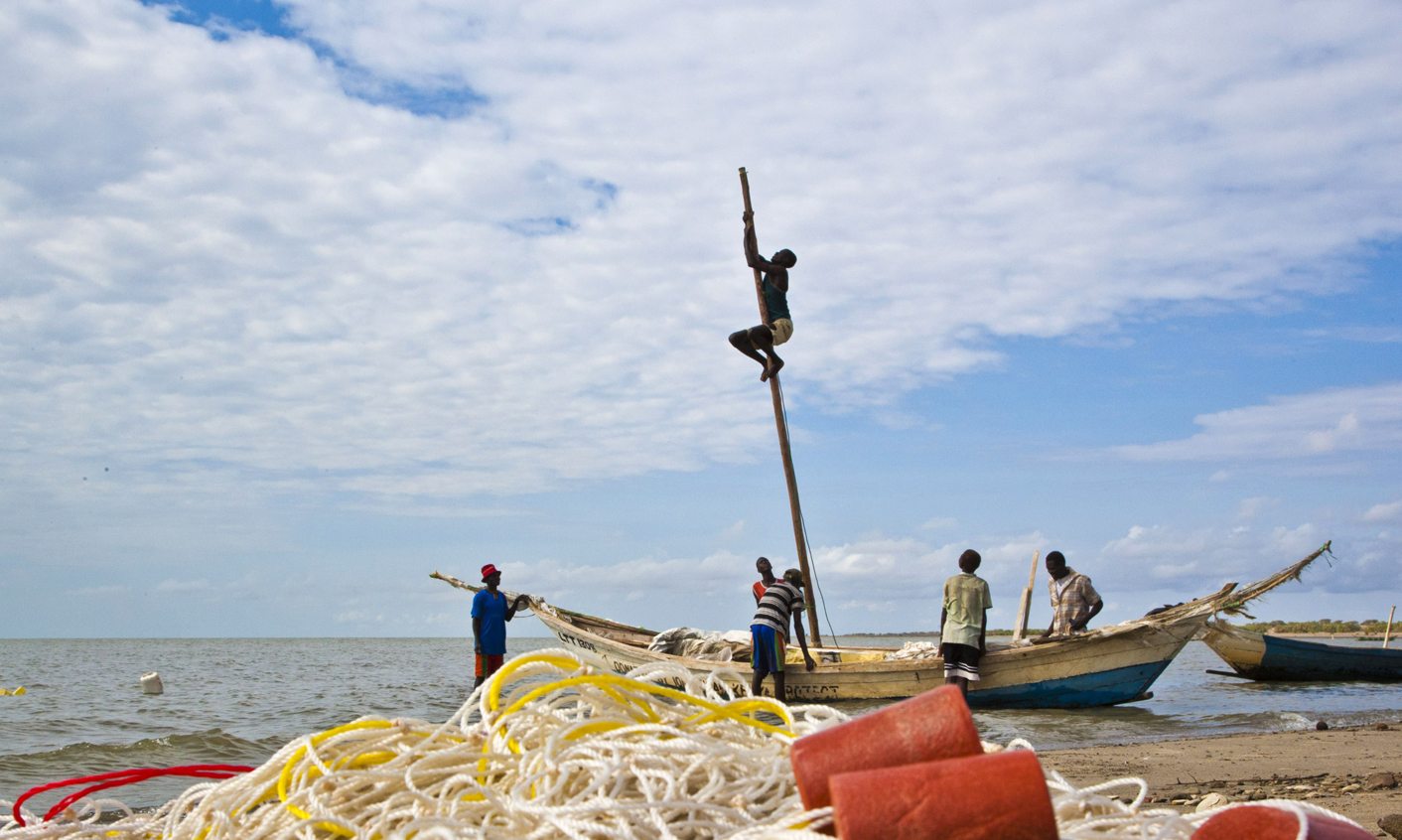 Massive reserves of groundwater have been discovered in aquifers in Kenya’s remote Turkana region, potentially enough to slake Kenya’s thirst for generations. Kenya’s government is getting very excited about this news, which they hope will solve Kenya’s water problems. Unfortunately, it’s a bit more complicated than that. By SIMON ALLISON.

It is a good time for prospectors in Kenya’s long-neglected Turkana region. Last year, oil companies struck black gold in abundance, enough to potentially make Kenya a real player in Africa’s oil business. This year, scientists have found something that might be even more important: water, lots of it.

Buried under the region’s arid, scrubby earth are immense reservoirs of groundwater – enough to slake Kenya’s thirst for generations, if managed properly (for those of you not fully conversant in hydrological jargon, groundwater refers to the water beneath the surface of the land, which gathers in tiny crevices and form a layer of water-logged rock called an aquifer).

This, at least, was the finding from a team from the United Nations Educational, Scientific and Cultural Organization (Unesco), working with the support of the Kenyan government and financed by Japan. Their mandate was to look for groundwater in areas that are prone to drought, and in Turkana they stumbled on the jackpot (with a bit of help from advanced satellite exploration technology).

In total, five aquifers have been identified, and Kenyan officials are understandably excited. “The news about these water reserves comes at a time when reliable water supplies are highly needed. This newly found wealth of water opens a door to a more prosperous future for the people of Turkana and the nation as a whole. We must now work to further explore these resources responsibly and safeguard them for future generations,” said Judi Wakhungu, cabinet secretary of the ministry of environment, water and natural resources.

Unesco too is optimistic: “It is important to say that these are early estimates, and these resources must be managed well in order that they benefit the people of Kenya,” said Mohamed Djelid, Unesco’s East Africa director, speaking to the Christian Science Monitor. “But if all goes well, we can say that this really is a game changer.”

As far as water goes, Kenya’s game needs changing. According to Unesco figures, 17 million Kenyans don’t have access to safe water (that’s 41% of the 41 million-strong population), and 28 million don’t have adequate sanitation. By way of contrast, the South African government claims that only 5% of the country can’t access safe water (although there are problems with this claim. The real figure is probably lower).

But perhaps we shouldn’t get too excited about Kenya’s new water find – which, like the oil found in the same region last year, will be very difficult and expensive to extract (and will takes years before it can make any kind of difference).

Mike Muller, former director-general of South Africa’s Department of Water Affairs, told the Daily Maverick that because of the remote location, the aquifers are unlikely to have much impact on the country as a whole.

“The discovery of a large aquifer in the Turkana region is unlikely to make much difference outside the immediate area – it is just too remote, although it might help to support greater development for the handful of people in the region.” He added too that the discovery of the groundwater shouldn’t really come as such a surprise. “In general, there are always resources of groundwater (stronger or weaker) even in apparently arid areas. In Botswana, for instance, there was talk of taking water from the Okavango river delta to support mining until it was realised that it could be much more economically taken from local groundwater. The challenge is cost and operational sustainability which is why people in those areas don’t have good domestic water supplies.”

Last year, continent-wide research conducted by the British Geographical Society found that Africa has huge reserves of groundwater – perhaps 100 times more groundwater than water in lakes, dams and rivers. Despite the apparent abundance, researchers warned that these under-exploited water reserves were insufficient to spur any kind of Green Revolution, as irrigation would suck the aquifers dry before they could refill themselves naturally.

If Kenya does plan on safeguarding the Turkana water deposits for future generations, then authorities will have to bear this in mind too: no matter how much water lies in reserve, the supply will only be sustainable if it is exploited with restraint (a paradox if there ever was one), with water withdrawn from the aquifers at the same rate at which they refill.

Despite these notes of caution, the new aquifers are likely to contribute greatly to the development of the Turkana region, which, with its new-found oil reserves too, might just be set for an economic boom – one that’s desperately needed in what has always been Kenya’s poorest, least developed area. DM