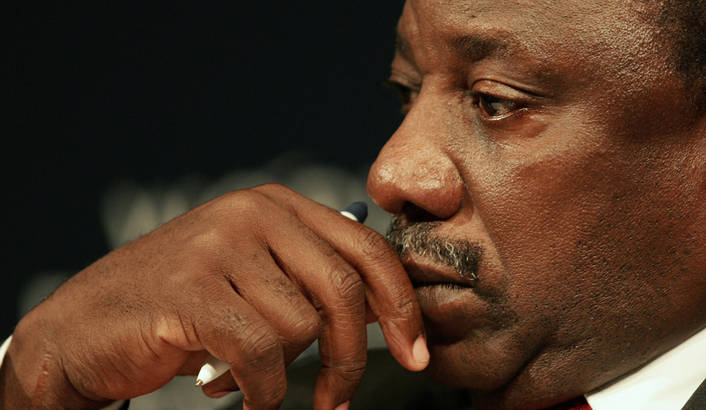 CHAIRMAN OF SANBI FIRED FOR BEING DRUNK AT FLOWER SHOW

The chairman of the South African National Biodiversity Institute’s board of directors, Tami Sokutu, has been fired for allegedly being drunk at the Chelsea Flower Show in London earlier this year. Environmental affairs minister Edna Molewa said in a statement she had recently learned Sokutu was “under the influence of alcohol” at the prestigious show. She said she and Sokutu had agreed he be “released from his position”. Molewa said Sokutu had provided “excellent leadership” during his tenure, and had never accepted any Board fees, which have been used for staff development and improvement, at his request.

Over 100 people have been arrested after service delivery protests in the Waterworks informal settlements Soweto’s Protea Glen area. Police clashed with residents, who had barricaded the N12 and Impala Road intersection, using rubber bullets to disperse the angry crowd. Residents showed television cameras pit latrines and described the overpowering smell they live with due to a lack of sanitation, as 1,000 residents share 12 latrines. The unrest started in the early hours of the morning and grew as residents burned down a library and threw rocks at police.

Management standards related to human resources management, governance and accountability were worse in 2012/13 than in 2011/12, says minister in the presidency in charge of performance monitoring and evaluation, Collins Chabane. The best-managed department in government is science and technology, the 2012 State of Management Practices in the Public Service report said. The report also found that the best-run provincial departments were in the Western Cape, Mpumalanga and the Free State – with the North West and the Eastern Cape at the bottom of the list. Chabane said there was a strong relationship between the stability of senior management in departments and good management assessment scores.

RAMAPHOSA HAS ‘BLOOD ON HIS HANDS’ SAYS PROTESTOR

ANC deputy president Cyril Ramaphosa came in for flak at a lecture he was delivering at Wits University in Johannesburg, Sapa reported. A female member of the Marikana Support Campaign shouted at him, asking how he could sleep at night. “You have blood on your hands,” she is reported to have screamed before being removed by security guards. Members of the campaign group also shook their placards, drowning him out. Ramaphosa asked that they honour an agreement to respect each other’s right to speak. Ramaphosa was giving a speech on the government’s National Development Plan.

FUL: MRWEBI DID NOT HAVE THE POWER TO DROP MDLULI CHARGES

Lobby group Freedom Under Law says the National Prosecuting Authority’s head of specialised commercial crimes, Lawrence Mrwebi, did not have the power to drop charges against Richard Mdluli. Vincent Maleka SC, for FUL, said the withdrawal of charges against Mdluli, who was head of the SAPS crime intelligence unit at the time, was done without the “meaningful consultation as prescribed in law”, Sapa reported. Mdluli was suspended over charges of fraud and corruption, and charges relating to the murder of his ex-lover’s husband. The court heard that national police commissioner Riah Phiyega had abandoned her bid to have an interim order preventing Mdluli from returning to work overturned.

Kimi Makwetu, currently the deputy auditor general, will take over from Terence Nombembe later this year, the Mail&Guardian reported. ANC chief whip Stone Sizani said the parliamentary ad hoc committee tasked with appointing a new AG had unanimously recommended Makwetu for the job. The ANC supported Makwetu’s appointment, Sizani said, adding that his appointment would ensure continuity in this “crucial position in one of the critical organisations of our constitutional democracy”. Makwetu has been Nombembe’s deputy since 2007. The National Assembly is to approve Makwetu’s appointment.

Inmates at South African prisons have produced nearly 30 million kilograms of produce at correctional centre farms and abattoirs during the past two years. Correctional services minister Sibusiso Ndebele said excess produce is donated to disadvantaged communities. Ndebele said the rehabilitation programme was designed to plough back to communities and demonstrate remorse for crimes committed. He said 522 inmates, from correctional centres in the Free State and Northern Cape had graduated from a variety of course and skills development programmes. DM