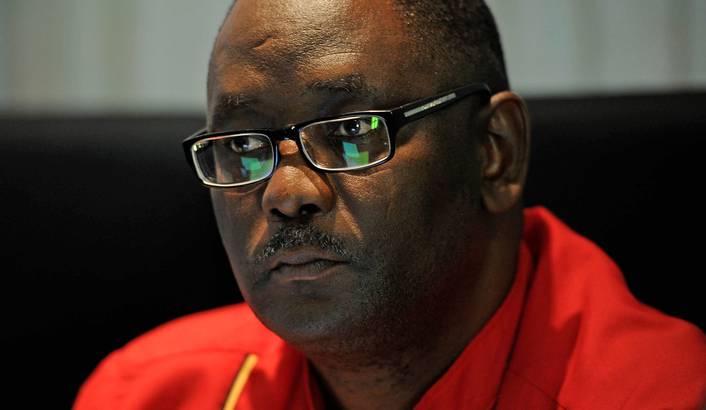 While members of the National Union of Mineworkers working in the gold sector are going back to work after a negotiated agreement with the Chamber of Mines, others belonging to the Association of Mineworkers and Construction Union (Amcu) have voted to strike. The SABC reported Amcu members made the decision at a meeting in Carltonville on Sunday. President Joseph Mathunjwa told members they had “confirmed and voted for this strike” and mandated leaders to “engage with the Chamber of Mines” with workers’ demands. The union rejected an offer of an 8% increase. Mathunjwa said should negotiations for a R12,500 minimum entry-level salary fail, the union would serve the Chamber of Mines with a 48-hour notice to strike. Industrial action is continuing at Harmony Gold mines.

ANC DEPLOYS POLITICAL HEAVYWEIGHTS TO TLOKWE AHEAD OF BY-ELECTIONS

The municipality of Tlokwe was the scene of concerted lobbying on Monday as members of the ANC’s national working committee went door-to-door in an effort to win votes in by-elections being held next week. Tlokwe has been the scene of upheaval as ANC councillors supported a vote of no confidence in mayor Maphetle Maphetle, paving the way for a DA mayor to take over. ANC wards became vacant after the party expelled councillors involved in the ouster. Now the party has deployed party heavyweights such as Jackson Mthembu, Naledi Pandor, Collins Chabane, Cyril Ramaphosa and Baleka Mbete to the area ahead of the by-elections. “The door-to-door campaign was useful in making us understand the concerns of the community and issues that in their view requires attention,” Mthembu said in a statement.

The Right2Know Campaign was prevented from protesting outside ANC headquarters Luthuli House as President Jacob Zuma was meeting there and the building was therefore a ‘national key point’, Sapa reported. Members of R2K were protesting against the lack of protection for whistleblowers in the Protection of State Information Bill, which Zuma is soon to sign into law. The group were forced to hold their protest opposite Luthuli House, a move R2K Gauteng spokesman Dale McKinley called “ridiculous”. “It means they can declare anything a national key point when they want to. It just shows the latest abuse,” he said.

A report by a task team charged with investigating traffic on Fields Hill, the scene of a horrific accident in which 22 people died, recommended that heavy trucks be banned from that section of the road. The Daily News reported that the recommendations were handed over to transport MEC in December 2011, but were rejected by the senior KZN department’s senior manager of engineering services in part because they would negatively impact on the delivery of goods to large retailers in the area. The report suggested heavy trucks be diverted to the purpose built” N3 toll road as it reduced the risk of accidents because of its superior alignment, gradients and sight distances compared to Fields Hill, which had sharp bends and poor visibility. An articulated truck lost control on Friday, crashing in to five taxis and a car parked at the base of the steep hill.

TIME FOR PUBLIC PROTECTOR TO LOOK INTO ZUMA NGO MASIBANBISANE

An investigation by the public protector is needed into an NGO chaired by President Jacob Zuma, says the Democratic Alliance. The Masibambisane Trust has been accused of “hijacking” government programmes. Rural affairs minister Gugile Nkwinti told City Press the way the NGO is managed and protected is “out of order”. DA rural development spokesman Mpowele Swathe said advocate Thuli Madonsela should “investigate Masibambisane’s interference in government programmes and how it received the approval to do so”. The NGO has received nearly R1 billion from government departments for rural development programmes. “President Zuma’s continued involvement raises further questions of undue influence on governmental departments to fund pet projects through the public purse, to the benefit of the President and those close to him,” Swathe said.

Public works minister Thulas Nxesi has denied that he and other cabinet ministers, particularly in the security cluster, tried to persuade public protector Thuli Madonsela to drop her investigation into how R206 million of taxpayers’ money was spent on upgrading President Jacob Zuma’s private home. Nxesi, who was responsible for classifying a report by his department as ‘top secret, told IOL security ministers did not try to “pressurize” Madonsela. He said he went as far as giving her a copy of the classified report and that when ministers met her, it was to “to discuss issues pertaining to her investigation”. DA parliamentary leader Lindiwe Mazibuko said the party would ensure the public protector’s report and her recommendations were completed without “undue interference”.

STUDENTS LASH OUT AT NZIMANDE OVER WSU ‘INACTION’

Students at the Walter Sisulu University in Mthatha have blamed higher education minister Blade Nzimande for a lack of action during the seven-week strike that shut down the university. The Mail&Guardian reported students accused Nzimande of “neglecting black students” and only speaking on the issue once the strike was over. The WSU posted news that the strike was over on its Facebook page, but students were unimpressed, with one writing, “Why is this prodigal son who deserted the institution only surfacing in time to claim the glory?” Others wrote open letters to the minister saying they would not vote for the ANC in the 2014 elections.

Suspended Cosatu general secretary Zwelinzima Vavi is concerned that state security agencies are being used to conduct smear campaigns against individuals. Family spokesman John Dludlu said in a statement that Vavi’s name was  “featured in a fictitious telephone transcript purporting to be part of an intelligence report” leading him to be “concerned that state agencies might be abused to smear individuals and further factionalist politics within the progressive forces including the working class”. Dludlu said Vavi had not filed his complaint because “our Constitution explicitly frowns upon such apparent abuse of authority”. Cosatu president Sidumo Dlamini, ahead of a meeting to discuss Vavi’s future after he confessed to having an affair with a junior colleague, is alleged to have distributed the ‘intelligence’ report. DM