Cycling’s Darth Vader wants another shot at the galaxy: Pat McQuaid refuses to go down 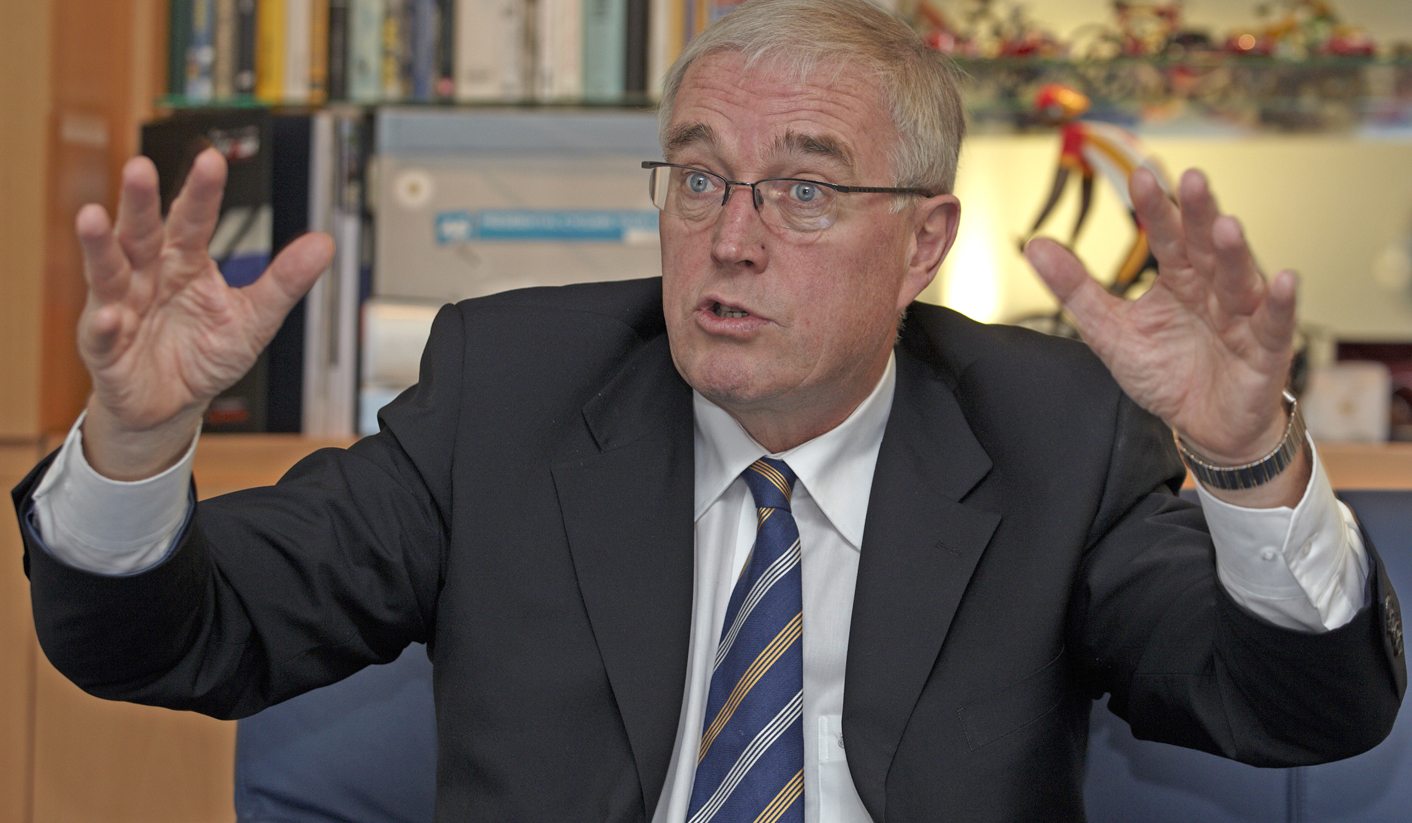 Cycling is, once again, locked in an existential battle. It is election time at the International Cycling Union (UCI) and slime coated incumbent president, Pat McQuaid, could teach African Big Boys a thing or two about rigging the vote. The sport’s corruption extends from the syringe to the ballot box, and the only salvation is McQuaid’s defeat. The best guess is that cycling’s Jacob Zuma is going nowhere. By RICHARD POPLAK.

For an African cycling fan, 2013 has been something of a watershed year. Daryl Impey became the first African to wear the yellow jersey in the Tour de France. Christopher Froome became the first African-born athlete to escort the yellow jersey into Paris. Local heroes MTN-Qhubeka won a Spring Classic and have been earning their stripes in the European big leagues. Tens of Africans, like Pretoria’s Reinardt Janse van Rensburg, are making a living on international teams riding the Grand Tours.

It has surely been a good year.

Well, allow UCI president Pat McQuaid to befoul all the good cheer. Following this year’s UCI Road World Championships, to be held in Tuscany in late September, McQuaid will fight for a third term at the top, using every dirty tactic in the book, several of which seem borrowed from either a Bush’s Florida-based legal team, or a paramilitary African dictator following a bloody coup.

How much of a sleazebag is McQuaid, who plays Darth Vader to former president Hein Verbruggen’s Emperor Palpatine? Words fail. Like any rotten institution, election time means the leaking of scurrilous accusations alleging financial misdeeds and general awfulness so out of whack with the principles of sports that one fears for the future of our species. Sinisterly nicknamed “The Dossier”, the “Report on Corruption in the Leadership of the Union Cycliste Internationale” includes damning revelations, some new, and some so hoary that they have congealed into the sad, poisonous compost in which cycling’s corruption flourishes.

The results of an investigation “written by two senior law enforcement and intelligence officials who claim to have more than 60 years of investigative experience”, the report alleges that not only were McQuaid and Verbruggen aware of 2009 Tour de France winner Alberto Contador’s positive test in 2010, but they tried to cover it up in exchange for cash. If that sounds dodgy, fear not. Verbruggen, at the very least, is apparently well versed in such commercial exchanges. According to the report:

“There is testimonial evidence from more than one witness concerning the well-known 1999 Tour de France urine samples that allegedly eventually contained evidence that Mr Armstrong failed doping tests, and that Mr Verbruggen arranged for a friend of his, Emile Vrijman to conduct the independent review and report about the incident. Further, that Mr Armstrong’s personal attorneys wrote and edited portions of the report so they were most favourable to Mr Armstrong. It is further alleged that Mr Armstrong helped pay for the report. One witness stated that there is email evidence between Mr Armstrong’s attorneys and UCI officials, which prove these facts. There is testimonial and documentary evidence that the night before Mr. Armstrong appeared on the Oprah Winfrey Show, Mr Verbruggen was very concerned these events were going to be disclosed during the interview of Mr Armstrong.”

But as sad as the endless doping merry-go-round may be, I don’t want to leave the reader with the impression that the rottenness of the McQuaid era is exclusively drug related. The dossier alleges that McQuaid and Verbruggen tried to pry a 250,000 euro bribe from a cycling team owner to help promote the team in the owner’s country of origin, a very kind offer the owner for some reason declined. In another alleged incident, the UCI backed a team in a dispute between owners and riders, taking a bribe in order to look the other way for non-payment of salaries. And although there is testimonial evidence stating that McQuaid has reviewed the report in full, he claims that he has never done so.

No sane cycling fan, team owner or cyclist wants McQuaid as president for another term. But there are certainly those with a penchant for gift giving who feel that his rein has been marvellous for the sport. (Lance Armstrong basically owes his career to Verbruggen/McQuaid’s appreciation for manila envelopes padded with cash.) The report was compiled by the Russian cycling president, Igor Makarov, who heads up the Katusha ProTeam, an outfit controversially denied a World Tour license in December 2012. (In other words: sour grapes.) But the allegations come as a surprise to no one, and McQuaid’s tactics to ensure he remains on the ballot only increase the mistrust and bad blood.

Article 51 of the UCI constitution stipulates that the “federation of the candidate” must nominate him or her for the top spot. Ireland, McQuaid’s home country, refused to do so. As a resident of Switzerland, where the UCI is based, he tried the federation of Toblerone-istan next. Famously unappreciative of conflict, they have recently revoked their nomination. Undeterred by anything as cumbersome as rules, McQuaid has now sought the nomination of cycling hotspots Thailand and Morocco. Meanwhile, he has the Malaysian Cycling Federation and the Asian Cycling Federation lobbying to retroactively rewrite Article 51, stipulating that any two federations should be able to nominate a presidential candidate.

Man, does the ANC ever need this guy.

And, apparently, without his sage counsel and steady hand at the helm, cycling is finished as an Olympic sport. Said McQuaid yesterday, “It’s a stark message but it is the reality. It’s not scaremongering. The IOC have already stated that when Rio 2016 is over, there is going to be a complete review of all events, of all disciplines, of all quotas. When the reviews are being done, if you haven’t got a voice at the table, you could be in a difficult situation because there’s a lot of pressure and influence is coming from other sports that want to be in the Olympic Games.”

The IOC have already had to reinstate wrestling as an Olympic sport after basically declaring that synchronised swimming is more worthy of recognition than that ancient discipline. Cycling, which draws huge crowds and big fan support, will only be denied a berth come 2020 if the sleaze factory that is the UCI keeps churning out more controversy, which is basically assured under Pat McQuaid. His opponent, Brian Cookson, president of radically successful (and clean-ish) British Cycling, is insisting that these latest allegations are properly investigated.

That would be nice. Would it be so, it’s almost certain that some of the dirt would stick. Indeed, its time for Darth Vader and Emperor Palpatine to go down, for good. The sport cannot bear another term trapped inside their Death Star. DM