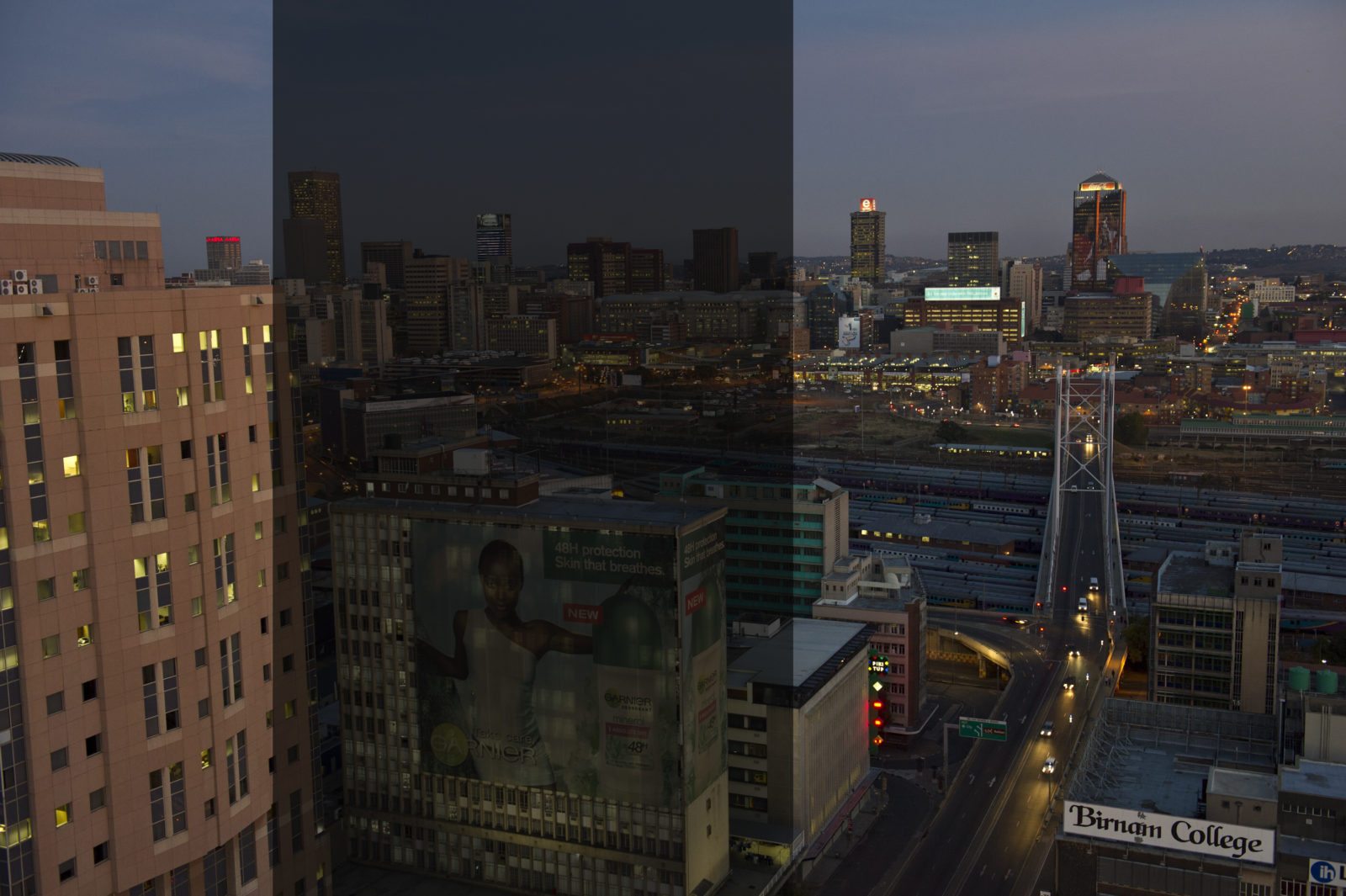 While power has been restored to all the areas in Johannesburg affected by the alleged acts of sabotage on the city’s power supply, the power outage that crippled the city forces scrutiny on City Power’s service delivery capacities. By KHADIJA PATEL.

The strike that disrupted Johannesburg’s power supply last week is over. On Monday, all City Power employees reported for duty, prompting the power utility’s managing director Sicelo Xulu to announce, “Business is back to normal.”

The blackouts that hit large swathes of the city during the strike last week are estimated to have cost the city R100m in revenue per day.

It certainly is not small change. And businesses in the affected areas have also suffered.

She said more than 8,000 automotive orders for international markets were delayed because of the power outage during the strike last week.

Businesses hoping to get City Power to compensate them for the losses they incurred, however, are not likely to find any joy. The power utility refuses to accept liability for the power outage last week, reportedly for fear that doing so will encourage opportunistic fraudsters.

But while businesses tally their losses, City Power is determined to forge ahead with the imposition of a shift system for its employees.

Johannesburg’s MMC for environment and infrastructure services, Matshidiso Mfikoe, warned as well that actions like tampering with substations would not sway city authorities.

“We are not going to back down because someone went into a substation and switched it off,” she said.

Reverend Frank Chikane, chairperson of City Power’s board of directors, explained that at the core of workers’ disgruntlement with the proposed shift system lay concerns that the new system would adversely affect the pay packets of City Power employees.

He said some workers at the Johannesburg power utility had found “creative” methods to manipulate the system, with some earning up to three times more than their basic salary, suggesting they were working 24-hour shifts.

“Not only is a 24-hour shift irregular, but it is illegal and dangerous, especially when you work with electricity. Safety is a concern,” Chikane said. “If people are earning huge amounts of money based on irregular practice, if you change it, it hits people’s pockets.”

For now, City Power appears to have quelled the disgruntlement in its workforce over the new system.

“People have gone back to work and they are abiding by the stand-by roster,” City Power’s Xulu said. “Again we picked up this morning that one or two employees were obviously disrupting work and we then made sure that those are reported to the police and management as we will take appropriate action.

“Since then we’ve received one resignation where the employee has voluntarily resigned after making one of the depots ungovernable.”

Significantly, Xulu said City Power would engage with those workers dissatisfied with the shift system even though they are a “minority”.

Mfikoe said that while reports suggested City Power would soon receive a number of resignations, the city is determined that those responsible for the power outages should be prosecuted.

“We want them to know even if they resign, the might of the law will follow,” she said.

Xulu explained that the way the substations were shut down last week suggested to City Power that it was the work of individuals with the requisite know-how and access of the facilities, adding that new security procedures had been implemented to prevent a repeat of the alleged sabotage.

While many South African municipalities, including the City of Johannesburg, face problems of severe lack of funds to carry out their constitutional mandates to improve the quantity and quality of basic services to citizens, City Power reported a surplus in the last financial year. Why, then, did the power utility not use that surplus to employ the further 600 people it requires to better enhance service delivery?

Xulu said the surplus City Power had accrued had been used to pay workers’ overtime.

“To be exact, it was R66 million and it went towards funding the overtime,” he said.

City Power is said to be at an advanced stage in the process of employing the skilled workers it needs to run better.

The implementation of the new shift system signals a significant step in the life of City Power. After its establishment as the first corporatised utility in the country in 2001, City Power has been hailed as a model of a successful utility in the country. What happens next is significant in determining how utilities better address the challenges of service delivery in South Africa.

“When you cause change, it raises challenges. Change is always painful,” Chikane said.

He reiterated, however, that the process of implementing a shift system for City Power employees was “aimed at improving service delivery”.

The advent of service delivery protests in recent years has highlighted the challenges attendant to municipalities’ constitutional obligations to deliver basic services to citizens. It has also emphasised the state’s capacity and the availability of resources to satisfy the demand for higher quality basic services for all. Municipalities in South Africa, and their subsidiaries like City Power, must engage innovative tactics to improve efficiency and minimise wasteful use of limited public resources. But until these tactics receive the full backing of all those within organisations like City Power, their implementation will remain contested.  DM